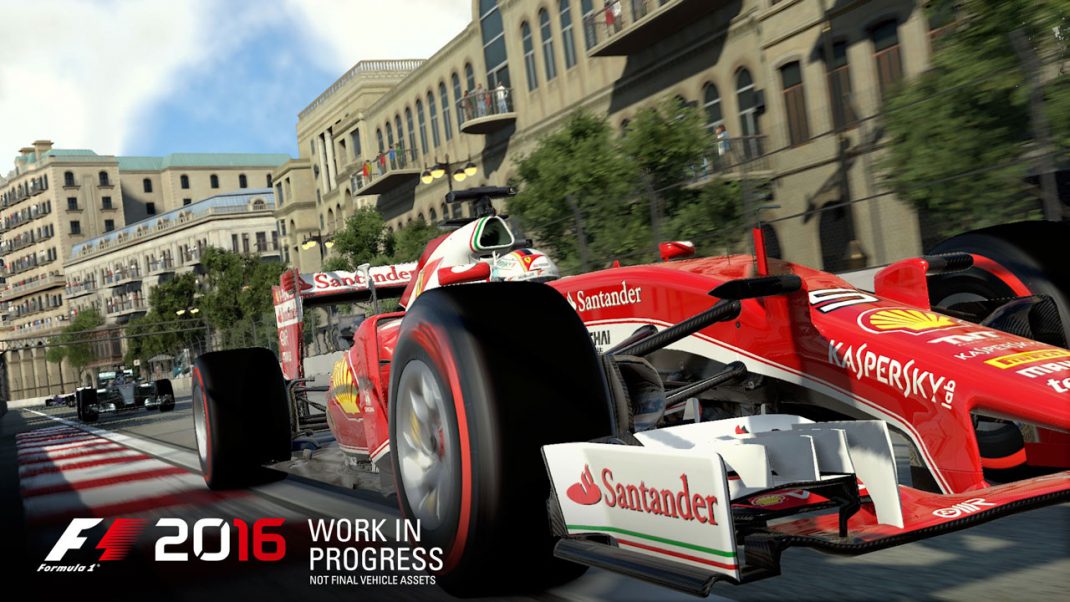 Larkspur, Calif., August 19, 2016  F1 2016, the official videogame of the 2016 FIA FORMULA ONE WORLD CHAMPIONSHIP, is now available in stores worldwide for PlayStation®4 computer entertainment system, Xbox One and Windows PC. To celebrate the release Codemasters® and Koch Media have today released a new gameplay video which is available to view now on the official YouTube channel: www.youtube.com/formula1game

Featuring all of the official teams, drivers and circuits from this thrilling season, F1 2016 boasts the most extensive Career Mode ever seen in the franchise. Stretching for up to ten seasons, the Career allows players to Create Your Own Legend as they immerse themselves in the worlds most glamorous motorsport working with their Research and Development Engineer and Agent to get the most out of their time in FORMULA ONE.

With action both on and off the track, F1 2016 is the most complete FORMULA ONE experience Codemasters has ever created. For the first time players will experience the pre-race tension of the Formation Lap before the drama of manual starts. During the racing the iconic Safety Car makes a return and is complemented by the new Virtual Safety Car.

Online, F1 2016 has support for up to 22 players allowing gamers to create full grids of human players. The brand new Multiplayer Championship Mode will also allow up to 22 players to compete against each other over the course of a season. Players can race together as teammates or they can battle it out as different teams.

This will be the first time that gamers will be able to race the thrilling Baku street circuit, the home of the 2016 FORMULA 1 GRAND PRIX OF EUROPE, and drive for the new US-based Haas F1 Team.

Available now, F1 2016 Limited Edition includes the CAREER BOOSTER DLC PACK, which will give players a head start in their career as well as exclusive Career Helmet and Laptop designs.