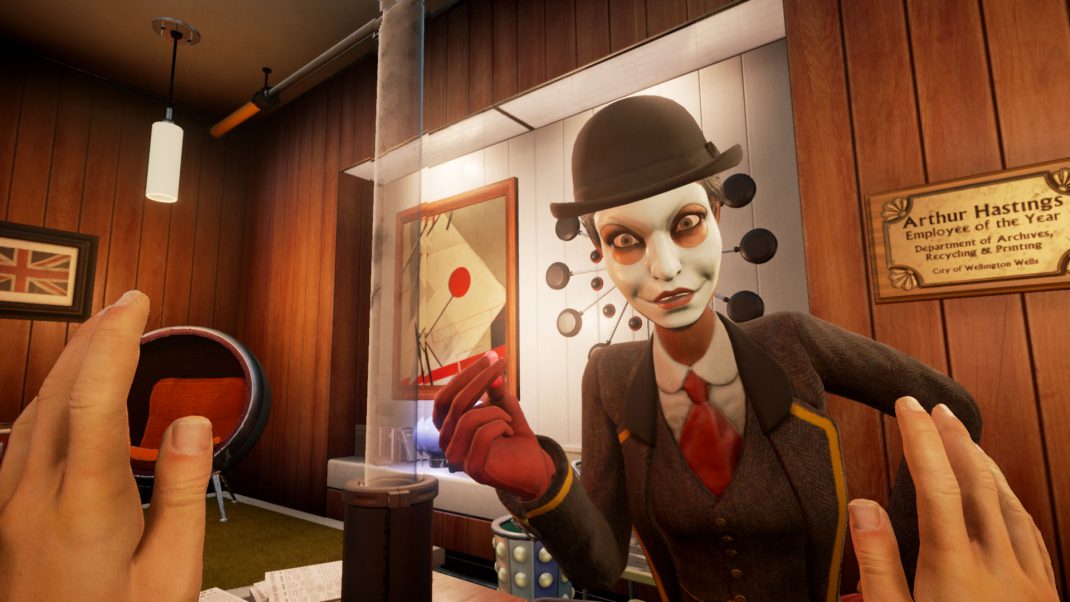 Describing a game as being “in alpha” can be extremely vague as it can represent such a wide scope of playable states.  I have played alphas where everything was so completed that they were just ironing out minor bugs and it was ready for market, most would consider this market beta but a perfectionist might call that alpha.  Others I have seen called alpha for over 2 years with almost zero developmental progression and none in sight.  I don’t mean to drone on (though I might have) about what entails an alpha but I feel I need to let the players, particularly all the Kickstarters who helped fund it know where the game is. 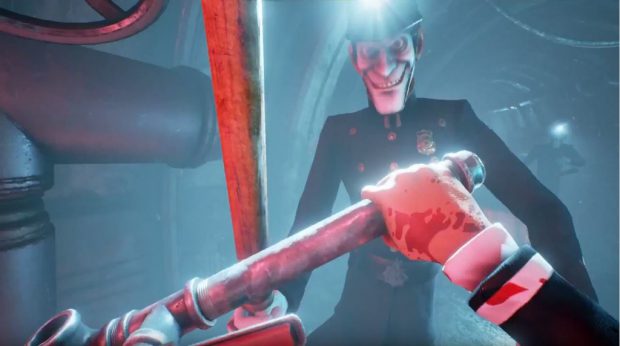 The We Happy Few alpha build, which is pretty much the same folks saw at E3, is 50% mapped with no story development yet for the three characters we follow.  In other words it is a world where you can take in the landscape and bump around with a few of the NPCs.  One choice is made at the very beginning of the demo and that choice will make a difference on how much world you get to explore (hint: not much, you will get to choose again).  You get to do a few quests and that’s what they are labeled, you get quests and side quests to get things going but mostly it is setting you up to just experience the what they have created of the world. 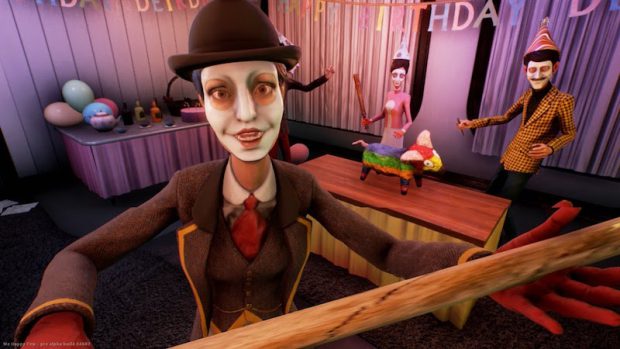 My first and vaguely disturbing thought of We Happy Few was that the game is an Orwellian 1984 Yellow Submarine.  Everyone is taking a drug called Joy, a nice little blend that makes you forget anything bad from the past and think the world is great.  So great that you want Technicolor all around you and mime paint on your face and nice clothes because shabby clothes denotes a “downer” mind and nobody wants to be or even see a downer.  If you fellow friends and townsfolk think you might have missed your Joy then ye shall be deemed a Downer and smacked upon the noggin until you can be dumped in the rubble and rambles with the other Downers.  There is no three strikes rule or anything (but then baseball never really took on the way cricket did across the pond).

At this point, the game is in an early enough alpha it could wind up like an entirely different game than I ran around in since we aren’t getting any of the story yet.  I welcome the idea of a psychedelic take on a New World Order as fiction when the reality of politics are what they are.  Give me my mime paint and bowler hat please. And don’t be a downer!