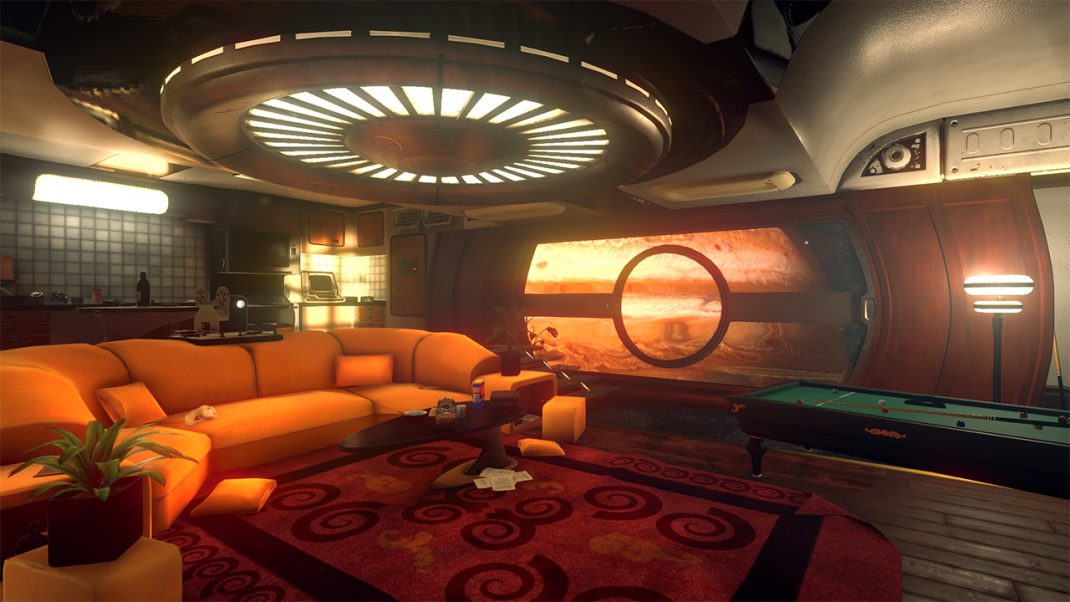 Event[0] to Release in September

PARIS – July 13, 2016 – IN SPACE, NO ONE CAN HEAR YOU TYPE… Event[0], the award-winning sci-fi narrative exploration game in which players must build a relationship with a lonely spaceship computer to get home, is coming to Windows PC and Mac this September via Steam and the Humble Store by Humble Bundle. A new teaser trailer for the game that poses the question, “What would you say to a computer if your life depended on it?” can be viewed at event0game.com.

The indie game first drew attention as a concept demo that won multiple indie gaming awards, including Innovation at BIG 2015 and Student Award winner at EIGD 2014. The first-person narrative exploration game transports players to the desolated spacecraft, Nautilus. As a player, your only companion is an insecure AI entity named Kaizen with whom you interact by typing messages on computer terminals throughout the ship. The game’s multi-layered story emerges organically as players communicate with Kaizen, freely explore 3D environments, gather information and solve hacking puzzles.

Set in a retrofuture inspired by 2001: A Space Odyssey, Solaris andBrave New World, Event[0] is a game about building a personal relationship with a machine using natural language. Kaizen can procedurally generate over two million lines of dialog and the AI entity has a strong personality influenced by human input. Players communicate by typing messages into a computer, and Kaizen responds. As in any relationship, there can be gratitude, disappointment or jealousy, and Kaizen reacts differently depending on its mood. By working through the fears and anxieties of your virtual companion you can ultimately find your way back to Earth—while unraveling the cryptic history of the ship and the 1980s society from which it emerged.

Event[0] began as a six-month student project before evolving into a full title under the auspices of Ocelot Society, which was founded by key members of the team. The game is backed by France’s CNC public arts organization and by the Indie Fund, a funding source for independent developers launched as an alternative to traditional publisher models.

“Event[0] takes me back to the kind of magic I felt playing Zork as a kid,” said Ron Carmel, Co-Founder of Indie Fund and Co-Creator of World of Goo. “There are moments where I can suspend disbelief and feel like I’m actually having a conversation with an advanced AI, probing its inner workings with words.”

The game is created using Unity Engine 5 and utilizes physics-based rendering and advanced lighting techniques to create richly detailed environments inside and outside the ship (players can leave the ship for breathtakingly scary spacewalks). Eschewing a traditional game score, all sound, including incidental music, comes from items in the environment. The ship is essentially the AI computer’s body, and reacts to Kaizen’s mood by making different sounds—which can give the player valuable clues.

“Event[0] is like our AI child: over the past two years it has grown from a vibrant but limited concept into a fully realized narrative exploration game,” said Léonard Carpentier, Co-founder and CEO of Ocelot Society. “Our team has created an evocative world for players to explore and Kaizen can’t wait to find new humans to become best friends with!”

More information on Event[0] will be released in the coming weeks if Kaizen can be convinced to cooperate.