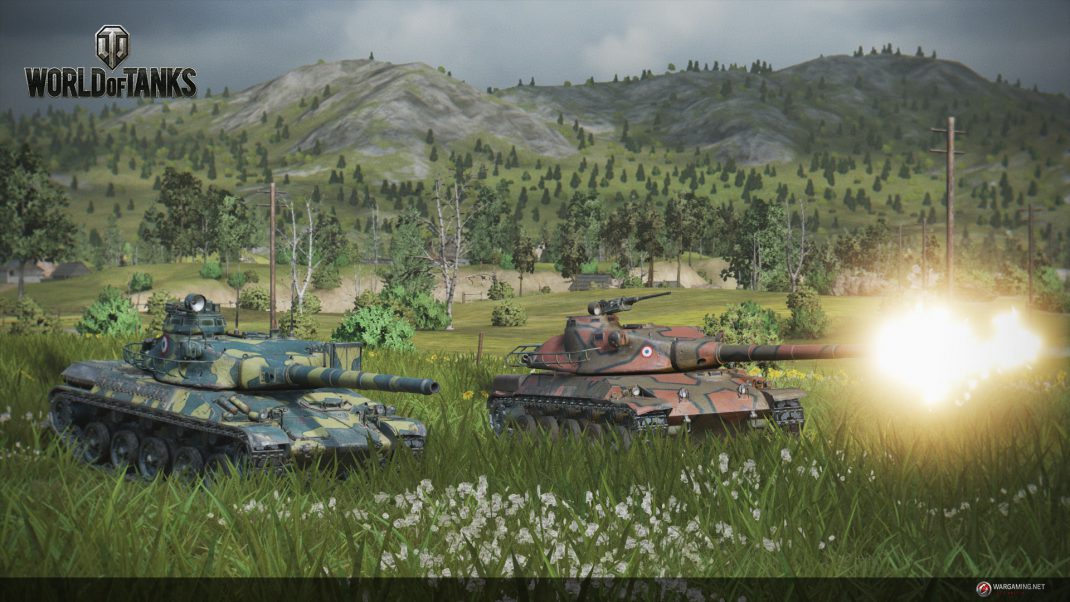 June 30, 2016 — Wargaming today announced the massive content update for the free-to-play console game World of Tanks is now available to download globally on PlayStation®4, Xbox One and Xbox 360. Update 3.1 aligns all content between the three consoles with the addition of France to PlayStation®4, and a new French tank line to all console platforms. The update also includes two new weather variant maps, Steppes Sandstorm and Erlenberg Blizzard, and announces an all-new chained-op series to earn the Tier VII AMX CDC, which kicks off July 15.

The complete French tank line has joined the ranks of PlayStation®4 featuring 44 of the most specialized and highly-mobile vehicles the French nation is known for, offering players a brand new nation with unique characteristics to unleash on the battlefield. Both platforms have also been enhanced with one more French branch featuring the FCM 36, Renault R35, Somua S35, SARL 42, Renault G1, AMX 30 1er Prototype and the AMX 30 B.

Tankers can take their new Tier 9 and 10 French vehicles for a spin on two new console-exclusive weather variant maps: Steppes Sandstorm and Erlenberg Blizzard, both highlighting treacherous driving conditions while adding a challenging and exciting layer of gameplay. Steppes Sandstorm, a generally open map, has been blasted with a dangerous sandstorm, creating an eerily desolate terrain with extreme low-visibility. Erlenberg Blizzard is snowy wasteland, with ruins separated by a massive river, which would cutoff access to the other team, only now the river is frozen, offering free-reign on the territory and new angles of attack.

For more information about World of Tanks on console, visit: