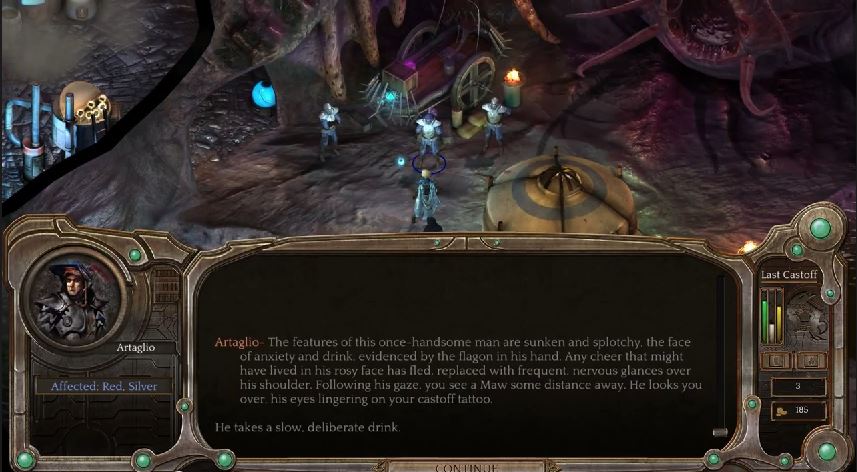 Techland and inXile to Publish Torment: Tides of Numenera

June 10th, 2016 – Wroclaw, Poland/… Techland Publishing is proud to announce its collaboration with inXile Entertainment to globally publish the retail version of Torment: Tides of Numenera. The science-fantasy RPG is scheduled for a PC release in the first quarter of 2017.

Developed by inXile Entertainment, the renowned studio led by industry icon Brian Fargo, Torment: Tides of Numenera is the first title announced by Techland as part of its move into the international games publishing. Furthermore, the boxed edition of the game will be enhanced with a number of physical and digital bonuses that will ease players into the unique world of Numenera and further increase their immersion in the story.

“I’ve been impressed with Techland and am pleased to be collaborating with them’ – says Brian Fargo, inXile Entertainment CEO. ‘Bringing a game of such scope and depth to the international market is a major undertaking, and we wanted to be sure we partnered with professionals who knew how to cater to the global community. Techland has been a great partner and their track record has convinced us they are the people we want to have at our side.”

Torment: Tides of Numenera is the highly-anticipated thematic successor to one of the best RPGs of all time – Planescape: Torment. The game has already amassed a dedicated following as shown by it being one of the three most-funded Kickstarter games to date. Bringing back the golden era of RPGs, the game features a deep, thematically satisfying story set in a world unlike any other – Earth a billion years in the future. On top of a thought-provoking narrative and a novel take on turn-based combat,Torment: Tides of Numenera offers hundreds of meaningful, game-changing choices that ensure no playthrough is ever the same.

Key features:
·         A World Unlike Any Other — journey across the Ninth World, a fantastic, original setting, with awe-inspiring visuals, offbeat and unpredictable items to use in and out of battle, and stunning feats of magic.

·         A Rich, Personal Narrative — thoughtful and character-driven, the story is epic in feel but deeply personal in substance. The philosophical underpinnings of Torment drive the game both mechanically and narratively.

·         Reactivity, Replayability and the Tides — your choices matter, and morality in the Ninth World is not a simple matter of “right” and “wrong”. Torment is a deeply replayable experience that arises naturally from your actions throughout the game.

·         A New Take on Combat — plan your way through hand-crafted set-pieces which combine battles with environmental puzzles, social interaction, stealth, and more.