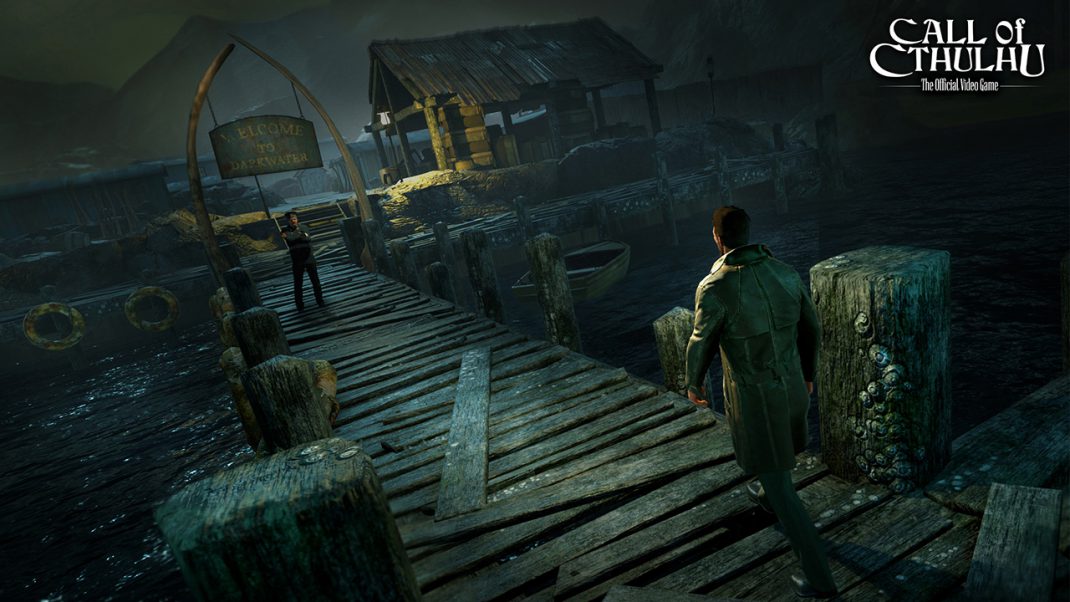 June 10, 2016 – The E3 trailer for Call of Cthulhu, the official video game adaptation of Chaosium’s pen & paper RPG, rises from the depths. Developed for consoles and PC by Cyanide Studio in Paris, Call of Cthulhu will offer an RPG-Investigation title, packed with psychological horror and stealth mechanics. Cyanide Studio brings to life a disturbing world that players will have to explore and investigate while Cthulhu, the Great Dreamer, prepares its awakening. Today’s E3 Trailer offers but a glimpse at all that awaits you.

In Call of Cthulhu, players will control Edward Pierce, a former veteran and private investigator in 1920s Boston. Pierce will be investigating the tragic and mysterious death of Sarah Hawkins and her family in Darkwater Island. The game’s E3 Trailer showcases this disturbing Island and the eerie Hawkins Family Mansion, and gives a glimpse at how the intensity of the investigation will slowly start chipping away at your Sanity.

Insanity and the Cthulhu Mythos have long been entwined – as your investigation brings you closer to Cthulhu’s sphere of influence, madness will progressively engulf your senses, leaving you to increasingly question what is real and what is illusory. They say that madness is the only way that can bring you to the truth and you will have to balance your sanity against your determination to discover it!

The Cthulhu Mythos has grown to become one of the largest shared universes ever envisioned, giving birth to countless stories, novels, and even movies ever since the original publication of Lovecraft’s The Call of Cthulhu.

Call of Cthulhu will release in 2017 on consoles and PC