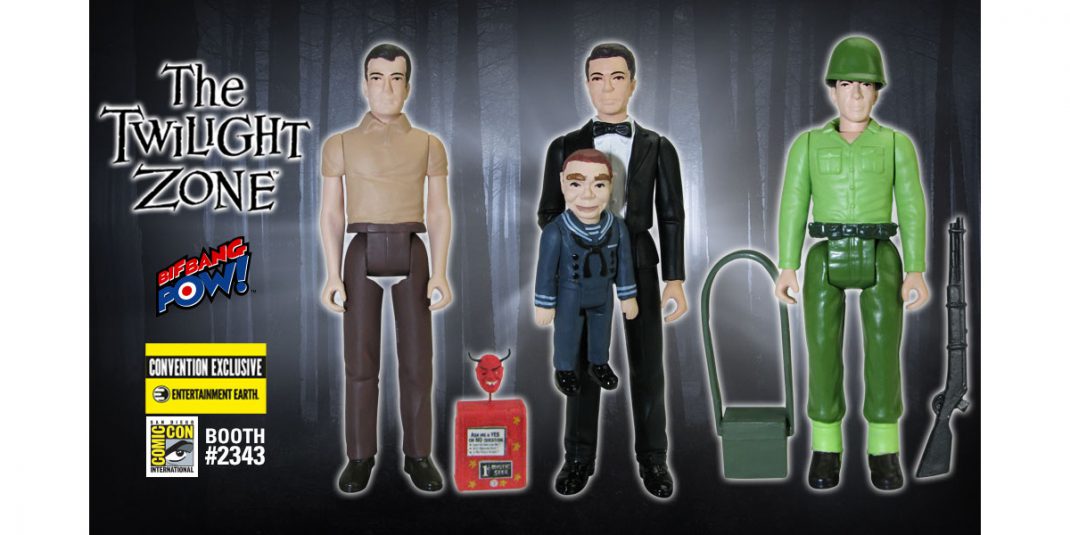 Designed similar to the action figures released in the ’70s, each retro-styled color figure features 5 points of articulation (neck, shoulders, and hips) and showcases a classic character with episode-specific accessories. Each convention exclusive action figure is a limited edition of only 672 pieces – with each piece in the run individually numbered on a holographic sticker.

The Twilight Zone Jerry and Willie 3 3/4-Inch Action Figure In Color – Convention Exclusive pays homage to The Twilight Zone episode “The Dummy”. This rare figure of the persecuted ventriloquist appropriately comes with his deranged dummy – which also includes 5 points of articulation. But that’s not all… Willie also features a hand slot in the back, so you can pose Jerry and Willie together!

These are limited edition Entertainment Earth Convention Exclusive figures and won’t last long! Ages 14 and up.

Available for the first time on July 20, 2016 at the Entertainment Earth booth #2343 at San Diego Comic-Con, fans attending the show will have the earliest opportunity to score these individually numbered and limited edition exclusives!

(*NOTE: These items will first be sold during San Diego Comic-Con 2016 at Entertainment Earth Booth #2343. If supplies remain after the show, pre-orders will be filled and shipped to you then – in August 2016.)