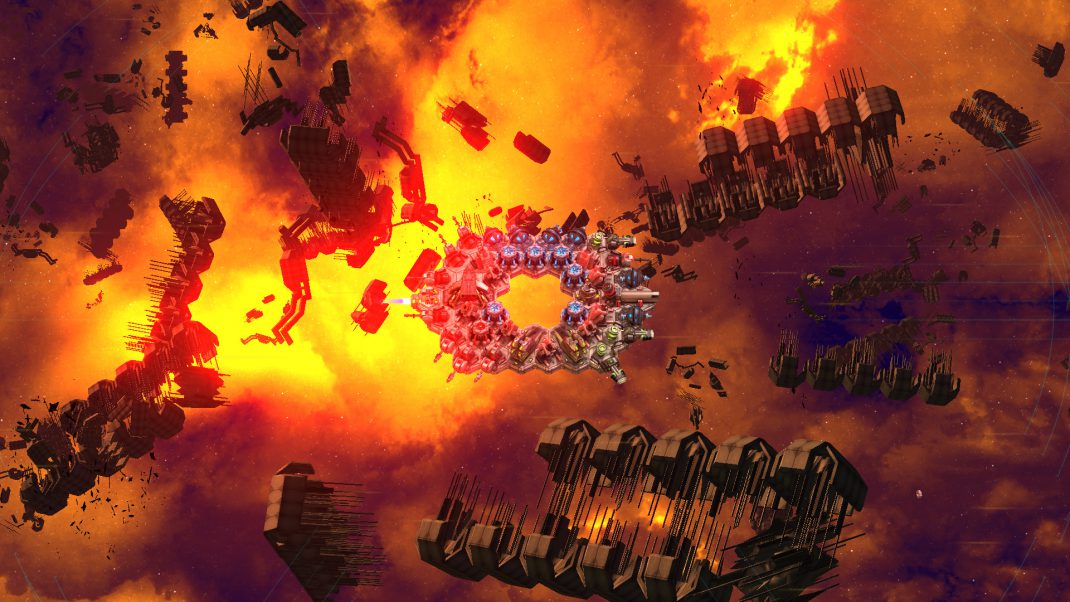 May 27 2016 – Focus Home Interactive and Passtech Games are joining forces again to release Space Run Galaxy on PC this year. Space Run Galaxy is the sequel to 2014’s Space Run, the game from one-man studio Passtech, which attracted over hundreds of thousands of players with its dynamic and original gameplay.

Today’s Gameplay Trailer showcases all the main gameplay mechanics from the game. Buck Mann, one of the greatest runners in the galaxy, lets you in on some trade secrets. Players must defend their ship and its cargo as it travels the stars to deliver goods to their clients across an entire galaxy, with four solar systems and over 50 zones to visit. The brand new Gameplay Trailer shows the game’s unique spin on tower defense with brand new features including a persistent online universe where you can trade and run for other players.

Balance creativity and efficiency with Space Run Galaxy’s shipyard! Players can build and customize their spaceships: from the shape and colours of the body to the guns. Then they can attach connectors and upgraders to improve the abilities of their weapons, shields, and utilities. Modules can also have active abilities that either temporarily change the attributes of the weapon or fire an overcharged shot in a direction of your choosing.

The brand new cast of characters and clientele are wackier than ever before! Space Runners can dare to bring more cargo, but more cargo means less guns and less guns means more problems. To add to the fun, the weird and wacky clientele of Space Run Galaxy have all sorts of new and dangerous cargo to deliver.

The persistent online universe lets you take on contracts from your fellow players, or hire them to ship goods for you – in exchange for a reward of your choice. If you’re so inclined, you can even corner the online Black Market – buy low, sell high, and soon you’ll be the contraband kingpin of your sector!

As the dangers get deadlier and the stakes become higher, players can eventually increase the size of their ships and unlock more powerful weapons. After all, only the greatest runners will stand a chance against the mysterious perils of the galaxy… if you thought pirates and asteroids were the worst of it, you ain’t seen nothing yet!