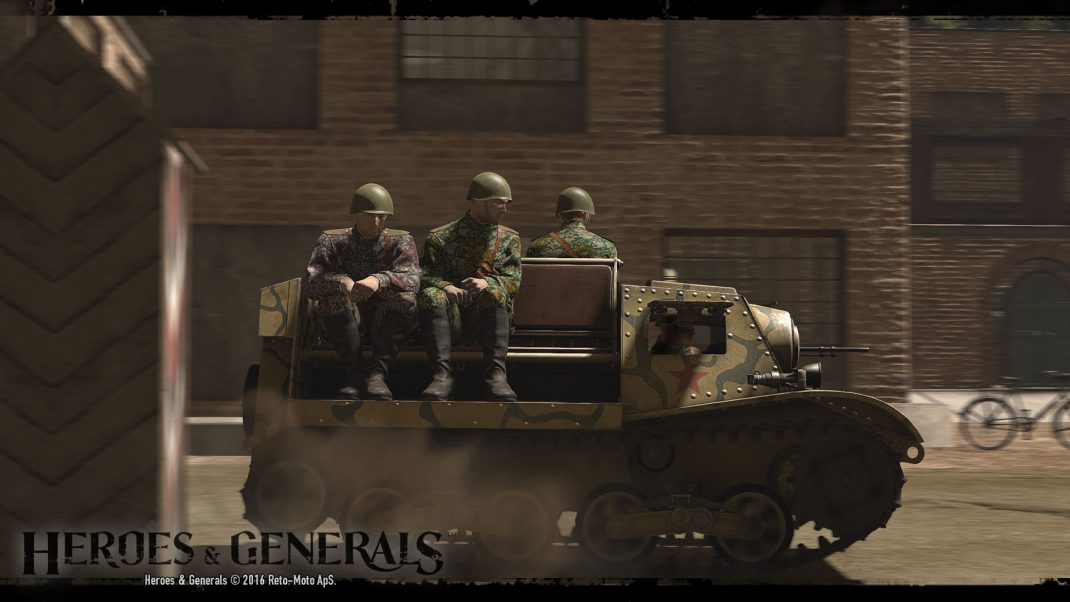 May 27th, 2016 Copenhagen — Reto-Moto introduces a new Squad experience for the popular WWII MMOFPS Heroes & Generals, changing the way players fight together, bringing them closer to each other, improving the gameplay experience and supporting their efforts towards victory.

The new Squad feature helps new and Veteran players to get together and fight to succeed on the battlefield. Every Squad member benefits from each other by being awarded experience for fighting together in a Squad and for achievements on the battlefield. Additionally, for every Squad member with a Veteran Membership, every other member gets a five percent bonus of the Veteran Membership for free.

“Soldiers go to war fighting for their country but end up fighting for their friends. The new Squad system makes it much easier to stay and fight with your friends and find new ones” says Jacob Andersen, Game Director at Reto-Moto. “We all know that working together as a team greatly enhances your chance for success. The team at Reto-Moto has worked hard on this new feature for many months and we are all really proud to deliver the new Squad system so our players can be more successful on the battlefields.”

The Soviet T-20 Komsomolets is a Squad-friendly vehicle, with plenty of space for soldiers to hitch a ride to the frontline. Squads can quickly advance from one control point to the next, while being protected by light armor and supported by a light machine gun – an uber-useful vehicle for all Soviet Squads!

All factions receive new camouflage uniforms, which help soldiers to stay unseen in any kind of terrain. Additionally, having similar camouflage uniforms in a Squad can be a fantastic way to show you fight together, even if you fulfill different roles.

For the German troops, we introduce the new Panzerwurfmine, which is a throwing anti-tank grenade that grants more mobility than the existing ground or magnetic mines.

The ‘Devyatatev’ update is named after the Soviet Soldier Mikhael Petrovich Devyatayev, who managed to escape a labour camp with the help of three other soldiers. His story is representative of the whole update’s significance: Working together will lead to success.

The full changelog for the ‘Devyatayev – Squad’ update can be found here.