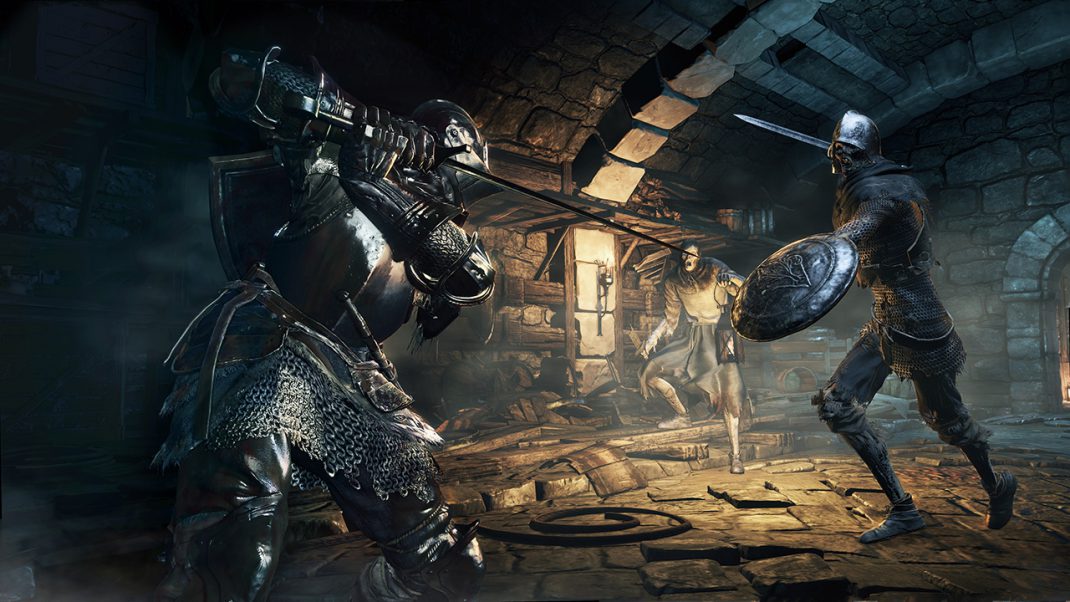 There are some video games out there that just finishing the game is a huge accomplishment.  These games go down in history of being the hardest games to complete, and to finish one was a badge of honor.  Being of the older generation of gamers (not saying how old mind you), my earliest accomplishments of beating NES classics such as Mega Man, Contra, Battletoads, and Ninja Gaiden still fill me with pride.  However, we lost some of this pride as games progressed.  Developers started putting in multiple lives, save points, or just made the games easier to beat in order to reach a wider audience.  That was, until From Software and Namco Bandai released their version of pain and suffering in the form of Demon Souls.  Demon Souls, and the Dark Souls games that followed, turned up the heat on gamers everywhere.  I have friends that either love or are absolutely afraid of these games, there isn’t an in-between.  When I beat Dark Souls, I felt the same pride at that accomplishment that I felt as a kid beating those super hard NES games, and that just made me want more.

So, here we are with the release of Dark Souls 3, what very well could be the last in the line from From Software.  While I feel that the game is still harder then most of the games on the market today, I also feel that this game is the easiest on the new player to the series, the most accessible to the average gamer.  Now, I know that “accessible” is a bad word to many gamers, just look at the Starfox controversy lately if you want to see that in action, however there is still plenty of challenge in Dark Souls 3 for the veteran player to work through.  Is Dark Souls 3 the ending that the series so richly deserves, or does it fall flat by trying to reach out to a wider audience?  Let’s take a deeper look. 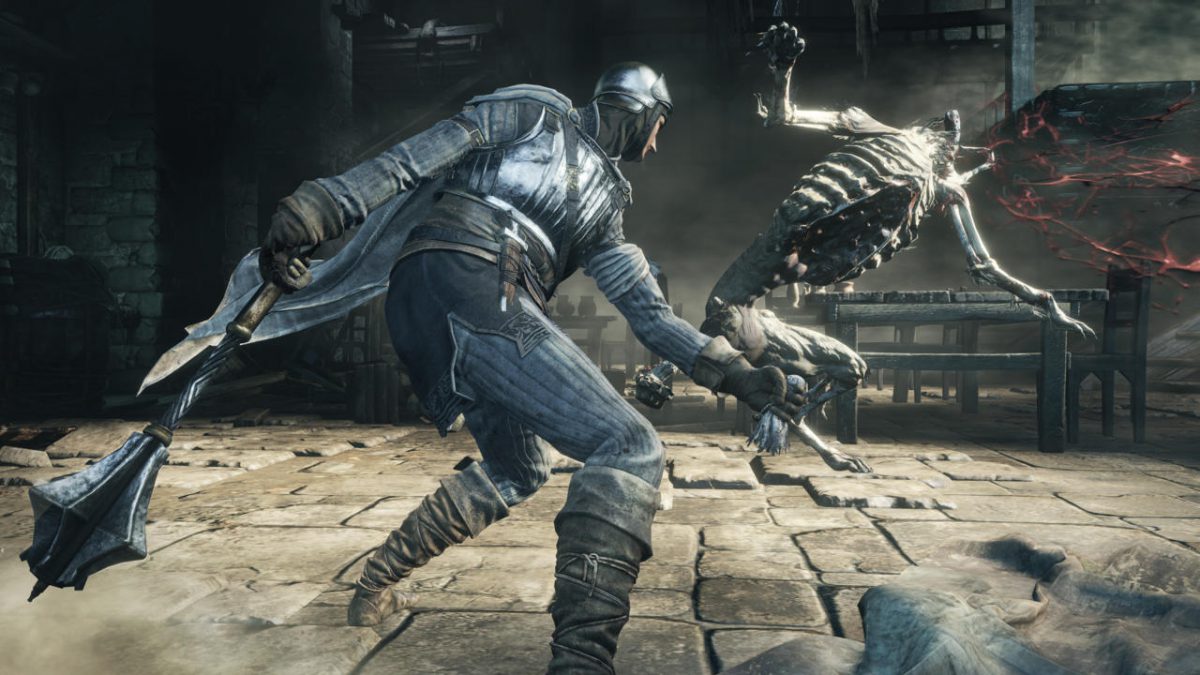 Unfortunately, the overall Dark Souls plot is still a little muddled for me.  I catch glimpses of clarity when I understand where the games fit in sequence and the overall story that wraps the games together, but that usually gets tied up at the end of each game, not while I am playing it.  I will stay away from spoilers here, and just give you the overall story of the game.  If you are a veteran of the Dark Souls franchise, you will know that the story goes much deeper then what I have here, but part of the fun of playing the game is discovery.

Dark Souls 3 story begins during an Age of Ash, where the First Flame is just about to go out.  No one has tried to link the First Flame, to rekindle the fire and prevent the coming darkness.  As the world succumbs to the darkness, a bell rings out from Firelink Shrine.  This bell awakens the Lords of Cinder and you, the player, as the last hope to link the First Flame and push back the darkness.  You begin the game as one of the Unkindled, an undead that is unfit to even become a Hollow.  This difference in terminology has different game play effects, which I will talk about later, but in terms of story it means you are the lowest of the low.  You are not even fit to become a cinder in this world, but you are the last hope to rekindle the First Flame.  You set out, seeking the four Lords of Cinder, then must decide on whether to fulfill your purpose and link the flame, or let the world finally plunge into darkness.

The tone of Dark Souls 3’s story is similar to the other games of the series.  There is always the present feeling of desperation as the world decays around you.  But with Dark Souls 3, you get a different feeling to your character, based on how the game deals with your death.  Since you do not Hollow like in previous games, there isn’t such a feeling of desperation when you die.  You never quite feel like you are climbing up a steeper hill with each death, like you do in Dark Souls 2.  This does affect the overall tone of Dark Souls 3, especially in comparison to the previous two games in the series.  This isn’t a bad thing, not at all, but it does change how you play the game.  I’ll expand more on this in the next section. 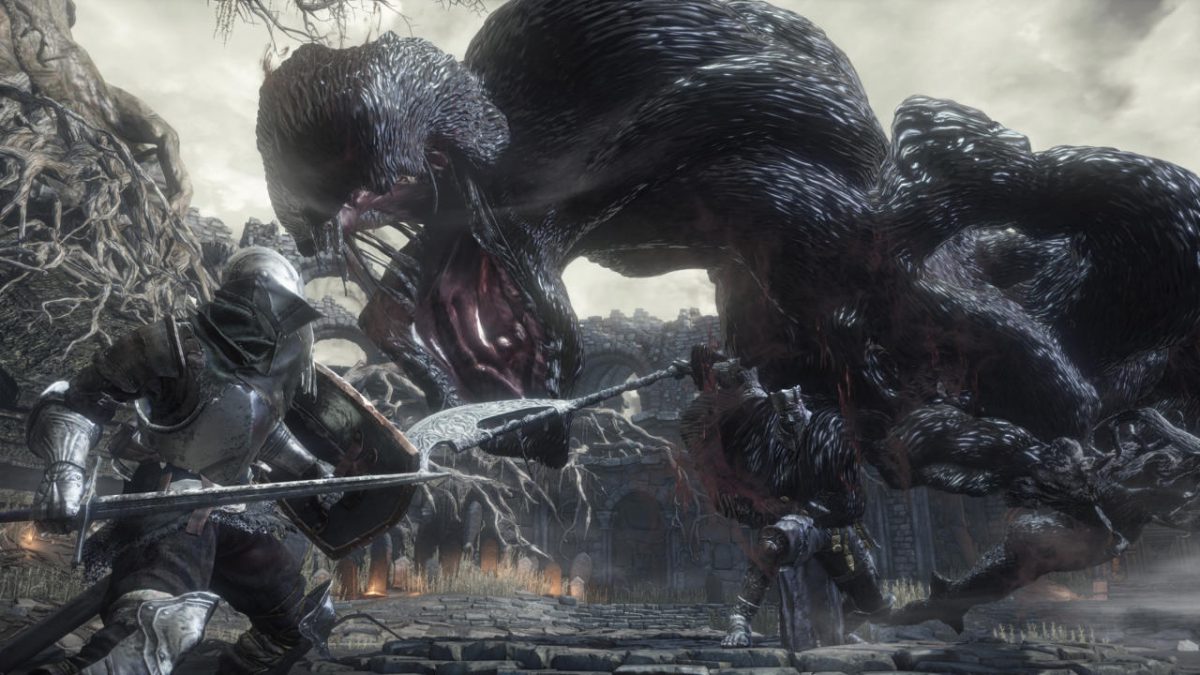 In Dark Souls 2, your death meant you were cut off from your humanity.  Every time you died you lost a little bit more of your maximum health, until your humanity was restored.  With being Unkindled in Dark Souls 3, this mechanic was removed.  While Embered, you will have your maximum health raised quite a bit, then will lose that when you die.  You can restore this health by using an Ember, which replaced Humanity in Dark Souls 3.  For me, this changed how I played the game versus how I played it in Dark Souls 2.  I was much more willing to run into an unknown place to grab items, or tackle a new boss without reading a guide online, because I no longer truly feared death.  Sure, you could still loose your souls, but all you loose really is the bonus health, and some of the bosses just didn’t require that much to begin with to beat.

The other biggest change in the franchise is the addition of Focus Points.  You now have a blue bar that sits underneath you health bar, that will affect your fighting arts and magic use.  Magic is no longer limited by a certain number, now you are limited by the amount of Focus you have, and that can be restored by using your Ashen Estus Flask.  You can even talk to the blacksmith in Firelink Shrine to alter how much of which Estus you carry.  If you are not using much Focus, you can carry more Health Estus, and vice versa.  Focus Points are not limited to magic, but also affect how much you can use a fighting art.  Fighting arts are determined by the type of weapon you are using, some will allow you to shout for an area of effect attack, others will let you flip through the are or sharpen your blade to give yourself life drain.  Weapons are no longer chosen by their stats, but also the move sets you get with your fighting art.

The rest of the game play is very much old Dark Souls.  You will still progress through the world, searching for souls, bonfires, and bosses.  There are plenty of NPCs to interact with, many being recurring characters from older Dark Souls games.  The controls and mechanics, aside from the Focus Point system, feels like the older Dark Souls games.  The enemies range from tough, to maddening and that can happen in just a few steps from each other.  The boss fights feel all over the place though in terms of difficulty.  For instance, I was able to one shot High Lord Wolnir but was crushed on a consistent basis by the demon that was guarding the path to the Smoldering Lake.

Online play and interaction still works the same as previous games, as well.  While Embered, you run the risk of being invaded by another player.  You can also summon players to your world to help you conquer an area’s boss, or summon an NPC to also help you and to further that character’s story line.  Factions return again in Dark Souls 3, and many work well with the online play.  You have factions that focus on killing other players, while others focus on protecting the helpless players in the world from those that will hunt them down. 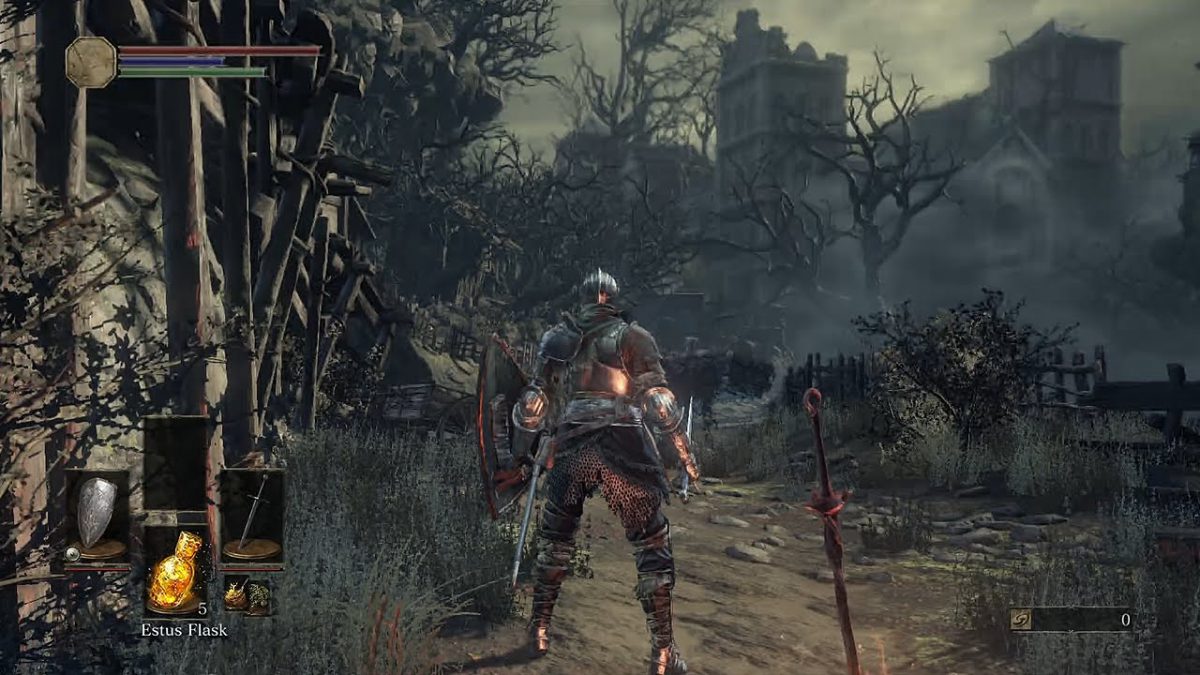 Dark Souls 3 is beautiful, from an aesthetic point of view.  The world is old, and looks to be entering it’s last days.  The environments also look to have a thin film of ash on everything, which works well in terms of the story.  The design of the world is well done, and it an absolute joy to explore, if you didn’t have hundreds of enemies looking to have your guts for garters.  Boss fights are visually stunning as well, and I found myself on more then one occasion focusing on some aspect of aesthetic instead of what was killing me.  Dark Souls 3 is easily the best looking game in the series.

Dark Souls 3 is, thus far, my 2016 game of the year.  It isn’t just a great game for fans of the series, but also the best game to play if you have never experienced a Dark Souls game before.  Dark Souls 3 is the most accessible game of the franchise, and that isn’t a bad thing.  The challenge is still there for the veteran player, but newer players will find it easier to get used to the game, but it is in no sense of the word, easy!  This game will still kick you in the shin, steal your pudding, and strut away laughing at your pain and sorrow if you underestimate it.  If this is truly From Software’s last Dark Souls game, then the series ends on a very high note.