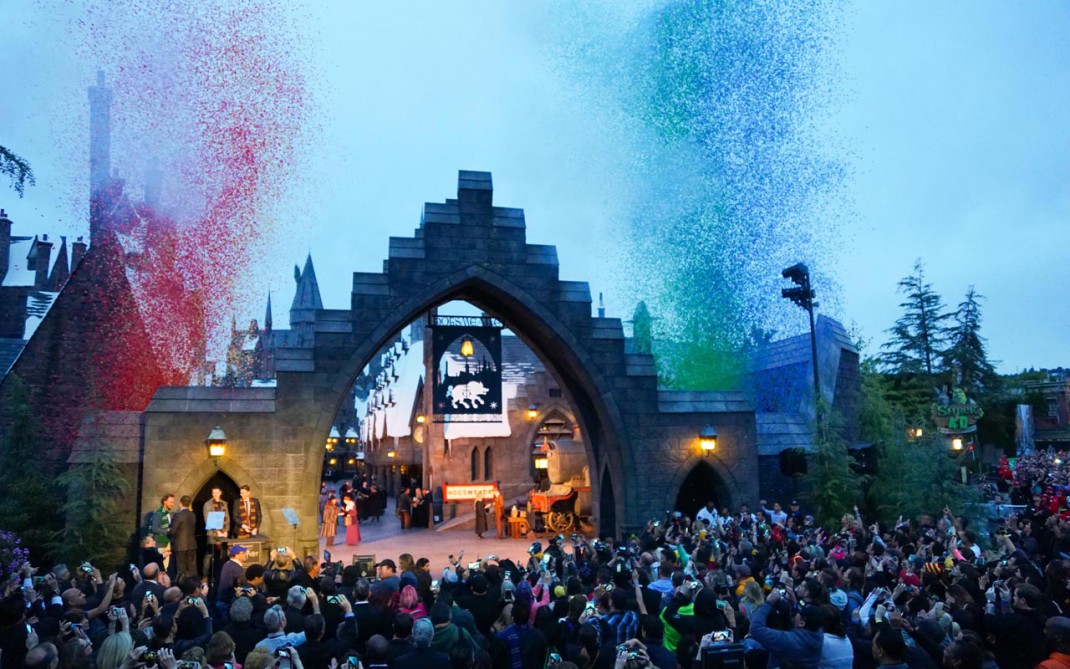 Universal City, California, April 25, 2016 – Universal Studios Hollywood is rolling out the welcome mat to guests booking their stay at any one of over 20 Los Angeles partner hotels as part of the destination’s newly launched Preferred Hotel Program.

The diverse array of hotels extends from ocean side in Santa Monica to the heart of the San Fernando Valley, and from a vibrant Hollywood and West Hollywood to a bustling downtown L.A., providing travelers with a broad selection of neighborhoods that best suit their vacation and business needs while visiting the City of Angels.

The Preferred Hotel Program, accessible through Universal Studios Hollywood’s desktop and mobile websites, features a listing and descriptive overview of each of the hotels along with a “book now” option designed to make the process as easy as possible. Many of the select hotels also offer a variety of amenities, including complimentary shuttle service to Universal Studios Hollywood, free hotel parking and complimentary breakfast. When guests confirm their hotel package, which consists of hotel accommodations and tickets to the theme park, they will receive the added benefit of one hour early entry to “The Wizarding World of Harry Potter™.”

Over the past five years, Universal Studios Hollywood has undergone an unprecedented revitalization. Today, over 75 percent of the destination has been reimagined and can be characterized as an entirely new theme park experience.

In addition to the just opened “The Wizarding World of Harry Potter,” the summer arrival of “The Walking Dead” permanent attraction, and the recent additions of “Fast & Furious: Supercharged” as the grand finale to the world-famous Studio Tour, “Springfield,” “Despicable Me Minion Mayhem,” “Transformers: The Ride 3D,” the “Nighttime Studio Tour” and the new “Special Effects Show,” Universal Studios Hollywood is continually exploring new, groundbreaking ways to provide guests with the ultimate Hollywood experience.

Universal Studios Hollywood is The Entertainment Capital of L.A. and includes a full-day, movie-based theme park and Studio Tour. As a leading global entertainment destination, Universal Studios Hollywood delivers highly themed immersive lands that translate to real-life interpretations of iconic movie and television shows. Recent additions include “The Wizarding World of Harry Potter TM” which features a bustling Hogsmeade village and such critically-acclaimed rides as “Harry Potter and the Forbidden Journey” and “Flight of the Hippogriff™,”Universal Studios Hollywood’s first outdoor rollercoaster.  Other immersive lands include “Despicable Me Minion Mayhem” and “Super Silly Fun Land” as well as “Springfield,” hometown of America’s favorite TV family, located adjacent to the award-winning “The Simpsons RideTM.”  The world-renowned Studio Tour is Universal Studios Hollywood’s flagship attraction, inviting guests behind-the-scenes of the world’s biggest and busiest movie and television studio where they can also experience such authentic and immersive thrill rides as “Fast & Furious—Supercharged.”  The destination also features the Universal CityWalk entertainment, shopping and dining complex, including the Universal CityWalk Cinemas and the “5 Towers” state-of-the-art outdoor concert venue.