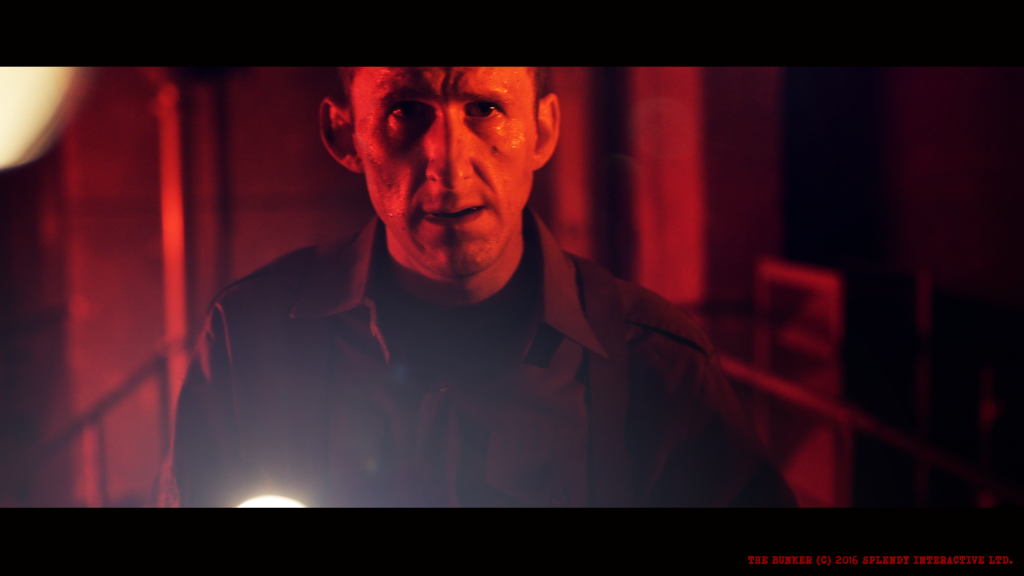 With a story created by writers behind the likes of The Witcher, SOMA and Broken Sword, The Bunker tells the story of John, the last survivor living in a government bunker after a nuclear attack wiped out England. But the bunker holds many secrets, and John must confront his suppressed memories to survive the horrors deep underground.

The Bunker is a completely live action experience with zero computer generated effects, filmed on location in a real government nuclear bunker located in Essex, England. Players will guide John through the bunker, solving puzzles, uncovering secrets and triggering flashbacks to reveal the terrifying mysteries of The Bunker.

Hobbit star Adam Brown says “The whole experience was fascinating to be a part of. As the story is non-linear we had to film every single possibility and interaction – I became a real life games character! It’s a terrific location and very spooky – they had me crawling around in some strange places!”

Paul Sulyok, Founder & CEO of Green Man Gaming said: “The publishing team at Green Man Gaming are very excited to partner with Splendy Games to showcase such an innovative and exciting game that incorporates an incredible cast, complete live action and a complex plot in a mysterious location – a bunker! We look forward to working closely with the Splendy team to launch the PC game in Summer 2016.”

Dai Banner, Co-Founder & Managing Director of Wales Interactive said “Our collaboration with Splendy Games has grown from our first meeting at Gamescom Cologne, where they showed us an early concept of The Bunker. I was sold there and then; I loved the superb writing, art direction and high production values. Being involved with the development and being the console publishers is a huge privilege for us and we look forward to working together for the release later this year.“