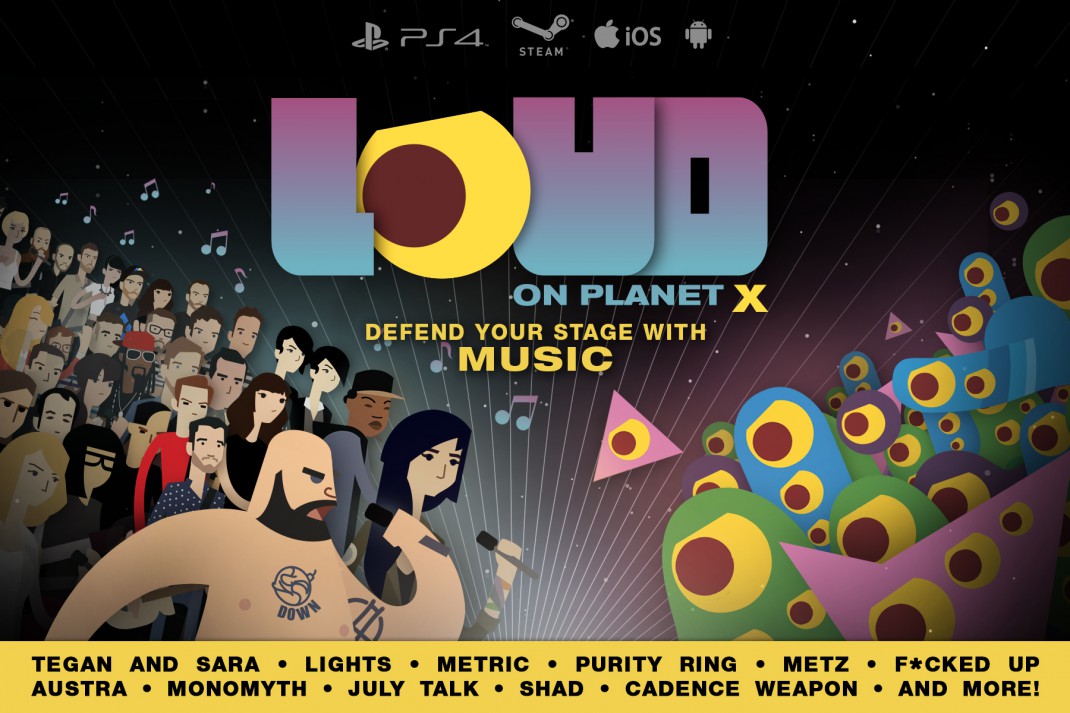 In LOUD on Planet X, players select from a bevy of top, current, indie music artists, then defend their stage from hordes of quirky aliens by tapping to the music and using a fun assortment of makeshift weapons like speakers, strobe lights, fog machines, amplifiers, bouncers and custom special attacks! Watch the music battle in a new trailer at https://youtu.be/zo-5enTJXos.

“It’s been an incredible experience working with such talented musicians and their enthusiasm for the game has been a driving force,” said Alex Jansen, Co-Founder of Pop Sandbox. “Being able to present their likenesses along with their amazing music combined with LOUD on Planet X’s solid controls is something we’re sure fans will enjoy, so we’re looking forward to sharing it with lovers of both music and games.”

In addition to featuring top hits from each indie artist, LOUD on Planet X also includes three original scores created by Mike Haliechuk and Jonah Falco of F*cked Up, Brendan Canning and Justin Peroff of Broken Social Scene, and Harrison. An early sample of Haliechuk and Falco’s score can be heard via Soundcloud.

Three more top playable music artists will be announced the week of release. For more information on LOUD on Planet X please visit the game’s website, or Facebook and Twitter pages.