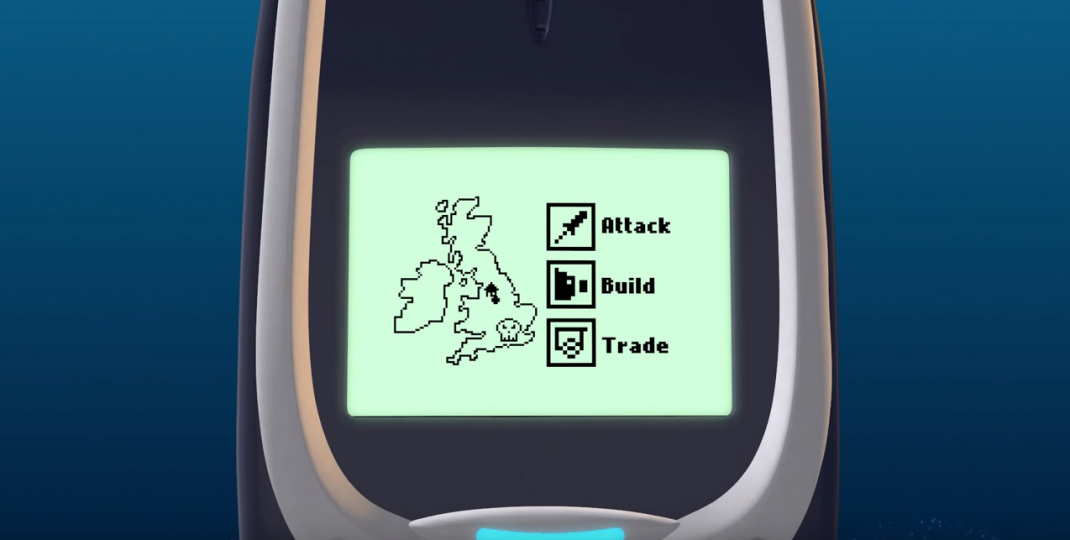 April 1, 2016 – Miracles happen. While Firefly Studios are busy bringing Stronghold Kingdoms to life on iPad, iPhone and Android devices they are also hard at work on another project equally dear to their hearts. After weeks of intense prototyping, power meetings and rummaging through old boxes to actually find one of the phones, the British developer has finally revealed their secret project.

While this is early pre-pre-Alpha footage and thus completely unrepresentative of the final product, the Stronghold developer hopes it is apparent just how much love has been put into the demake. A late addition to the scheduled line-up of supported platforms and devices, the 3310 build was put into production after one developer dropped his iPhone. Smashing it to pieces for the 14th and final time.

“I was sitting down after our fourth daily stand-up meeting when it happened. The phone fell right out of my pocket and shattered as it came into contact with the office console. Even that visible, thick layer of dust couldn’t protect my phone as it fell” said Steve Stevenson, Lead Conceptual Tools Prototyper at Firefly. “While piecing together the shattered remains, our only means of testing the game on iOS, someone started to reminisce about their old handsets. As soon as they mentioned the 3310 and our eyes met I knew exactly what we had to do.”

To prepare for the launch of Stronghold Kingdoms, PC and Mac users can download the game for free at http://www.strongholdkingdoms.com/