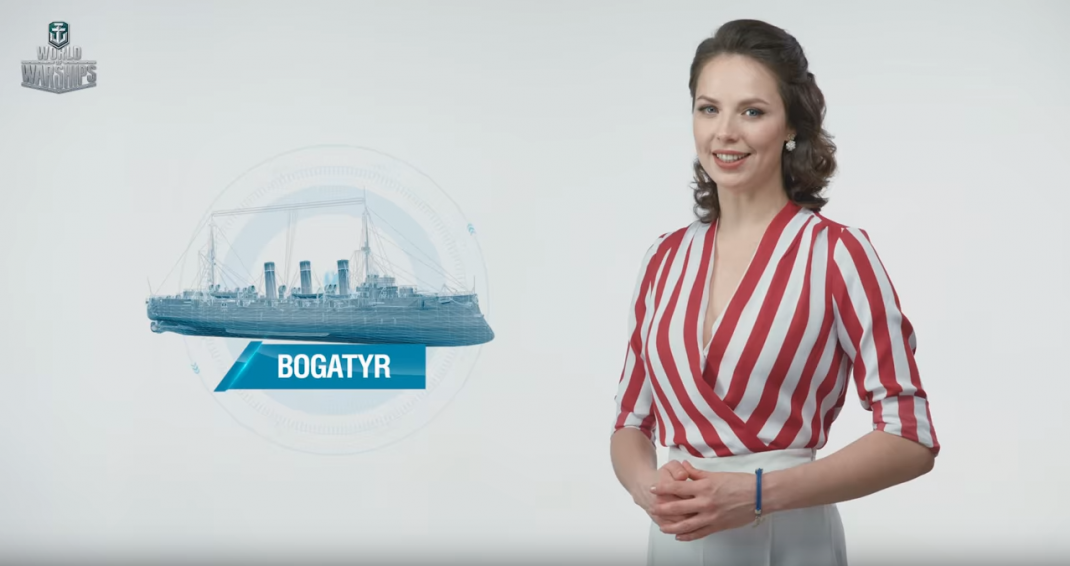 March 23, 2016 — There is a new threat cresting the horizon, set to send a shiver down every captain’s spine, no matter which vessel they command: Soviet cruisers. In update 0.5.4 for World of Warships, Wargaming has delivered a full Tech Tree branch of nine warships. The update goes live today in North America; European and Asian players can get their hands on the new content on March 24.

If you’re looking to become a scourge of the seas then Soviet cruisers have the speed and firepower to make that a reality. They’re not the type of vessel you want to rush into battle with—that’s a good way to get yourself sunk. Soviet cruisers are sneaky snipers. Their long firing distance and trajectory allow them to sit back, keeping themselves from danger, while raining shells from afar. Their rapid nature makes them extremely versatile. You can scoot out of danger and reposition yourself to the ebb and flow of battle, so be sure to sharpen those tactics.

“We started developing the Soviet cruiser branch over two years ago,” said Artur Plociennik, World of Warships Global Publishing Producer. “We spent a lot of time getting these vessels as authentic as possible, and we can’t wait for players to head into battle and take full advantage of their great speed and firepower.”

This new branch includes the Project 26 Kirov cruiser, a vessel with the size and speed of a light cruiser, but sporting the weapons of a heavy cruiser. Kirov’s unique armaments mean you’ll find nothing else like it in World of Warships. Project 66 Moskva, a vessel which only existed in blueprint form, was envisioned to take on the USS Des Moines.Now you can make that battle a reality.

To get the most out of Soviet cruisers, it’s not all about speed and firepower. Without the tools under the hull, you’re not taking full advantage of these beasts. Radar is a great new tool at higher tiers, because it lets you spot enemies roaming the seas out of sight.

So, what are you waiting for? Action Stations!

For more information on Update 0.5.4, visit the official World of Warships website:

About World of Warships

World of Warships is a free, historical, online combat game from Wargaming. Command a massive naval fleet featuring some of history’s most iconic war vessels, level up important tech modules and prepare to dominate the oceans in World of Warships.

With four classes of ships, myriad upgrades, and strategically designed environments, the action never ends and every match is a unique experience.

Learn more about World of Warships: