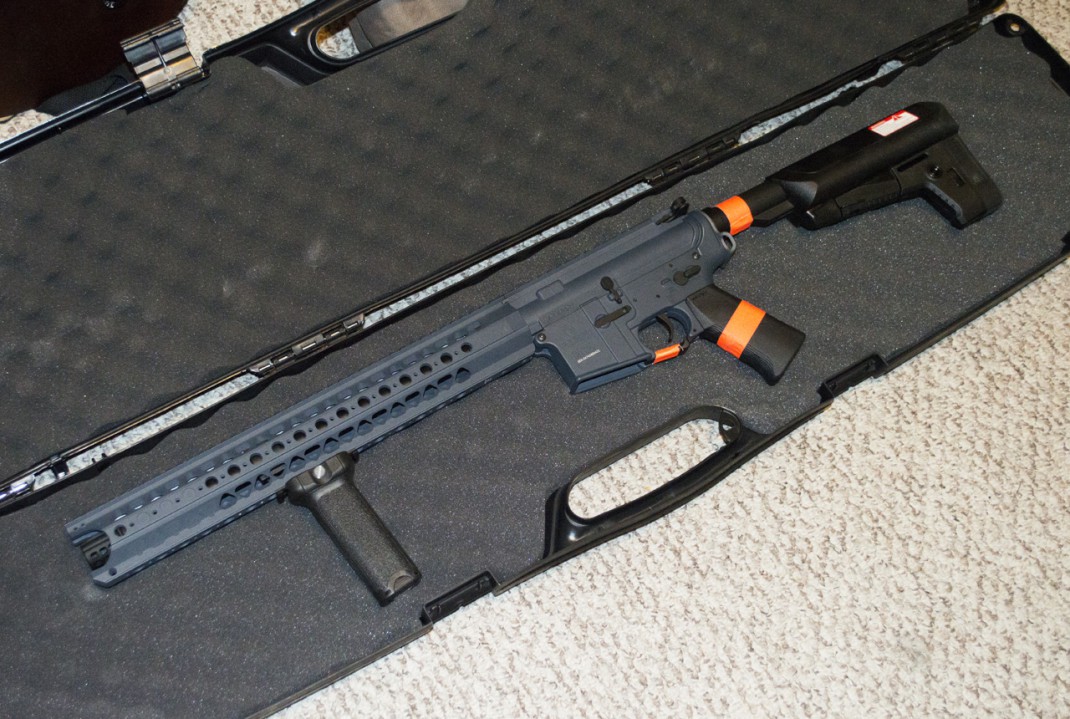 Krytac’s latest airsoft electric gun is the War Sport Industries licensed LVOA-C M4 airsoft rifle. A true work of airsofting art, the Krytac War Sport LVOA M4 is an immaculate recreation of the real steel firearm – perfect for not only training purposes but, also, playing airsoft! Featuring the War Sport Industries LVOA handguard/rail system and top hat flash hider (included separately in the box), this is one sweet-looking airsoft rifle. The biggest difference between this and the real steel variant is that the Krytac version comes with their proprietary stock, which I am a huge fan of for its battery space and ergonomics.

Internally, the Krytac War Sport LVOA M4 airsoft rifle features the Krytac Nautilus 8mm version 2 gearbox with all the features it was lauded for in the Krytac Trident line of AEGs. Features such as a lightweight polymer piston with 4 metal teeth, and the 2nd to last tooth absent. Additionally, its cylinder head is padded with a rubber piece to optimize the AoE and absorb energy from standard wear – greatly increasing its lifespan. The rifle even features the Krytac high torque motor, which is a very good motor in an out of the box AEG – most stock motors don’t even come close to its build quality. 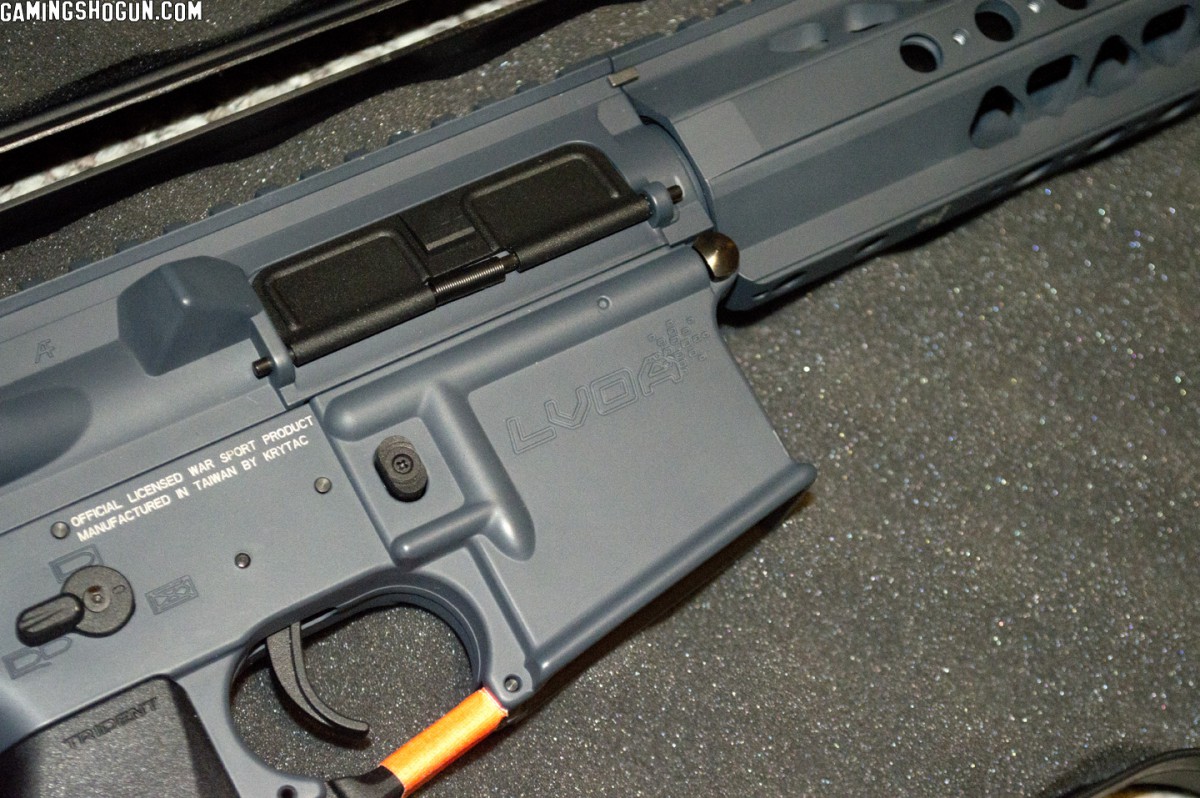 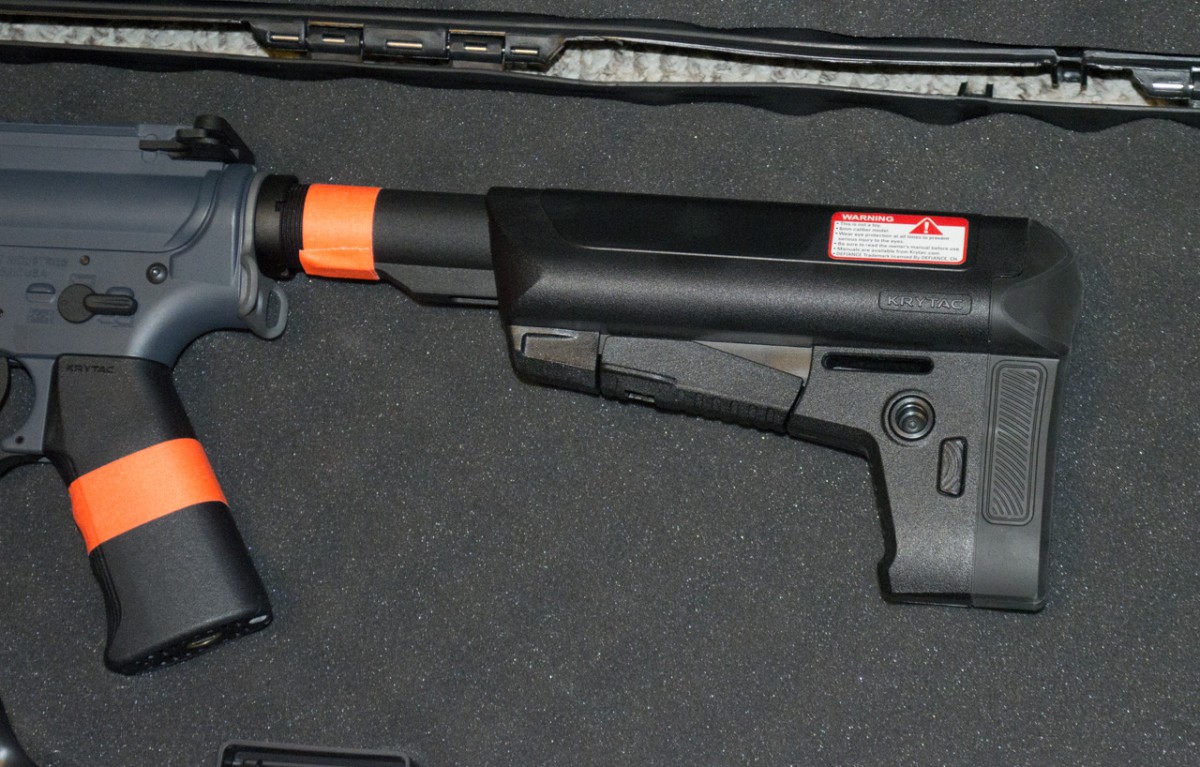 The Krytac War Sport LVOA is available in several colors. AirsoftGI has the airsoft rifle in both foliage green and flat dark earth, while Evike has the rifle in foliage green and wolf grey. My personal choice in picking the rifle up was to use Evike’s 10 magazine deal and the wolf grey variant of LVOA M4. I couldn’t be happier with it – the rifle performs flawlessly and just feels incredibly solid to field in outdoor field games. I can’t wait to take it to the next Lion Claws event to get some mud on it! The biggest issue I have had with the Krytac LVOA M4 is that it only ships with one small rail segment – my preference would have been for Krytac to throw at least one more in the box.

I played several games over at SC Village in Norco, CA with the Krytac War Sport LVOA M4 and  was consistently impressed. It is made from an aluminum allow, which is light weight and strong – however, it feels more front-heavy than most M4s thanks to the robust hand guard. Thankfully, it is not an issue that will deter from your gameplay experience. I am also happy to say that the rifle seems to take most magazines without issue. I have tested it with STANAG style Elite Force midcap magazines as well as KWA K120s and even some fat mags – everything seems fine so far. If I run across a magazine type that won’t fit or feed properly, I will update this review – also, feel free to comment below with your magazine recommendations. 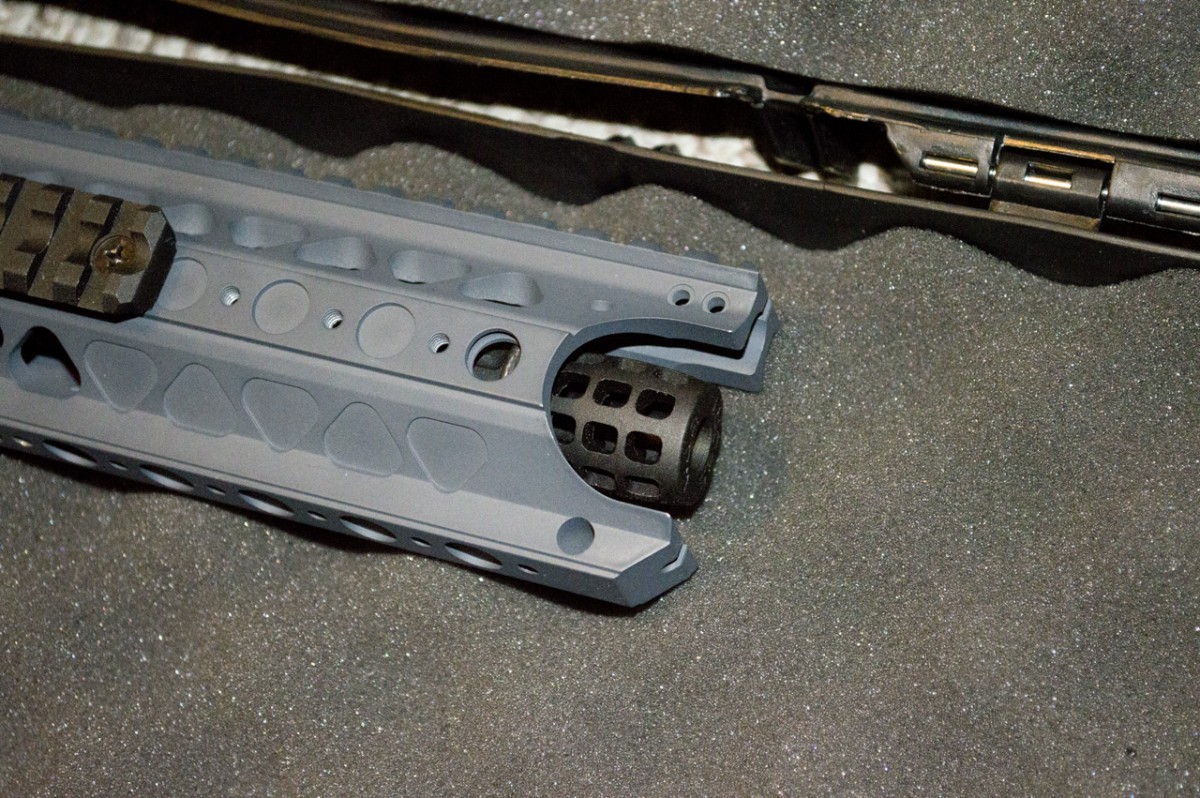 Inside the box, you will find a gas block unit that you can install for a more realistic look. Once you remove a few screws, the handguard slides forward an off the outer barrel without issue. You simply put the gas block system in place then slide the handguard back on, making sure it lines up. Very simply. Another cool addition is the metal “top hat” style flash hider that is included alongside the traditional orange flash hider. Installing the top hat unit is also fairly straightforward and adds an extremely realistic look to the AEG.

Overall, the Krytac War Sport LVOA M4 is an excellent airsoft rifle which represents the good build quality Krytac has been known for since their launch. The Krytac LVOA M4 is available now at several online retailers: