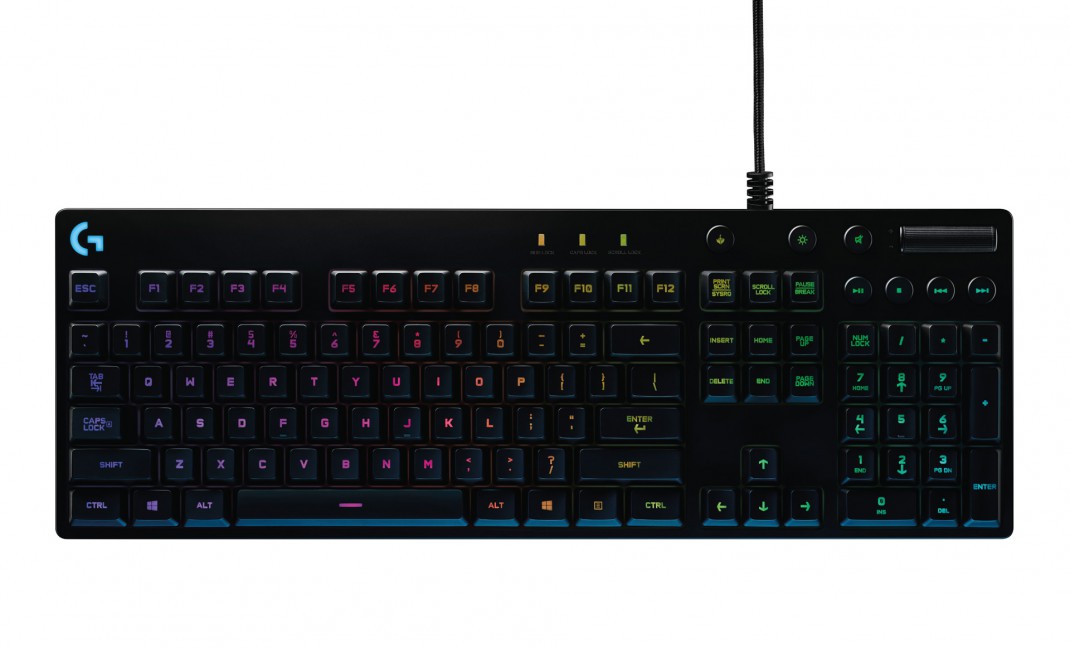 “We met with dozens of gamers over the last year and a half and asked them what they wanted in a gaming keyboard,” said Ujesh Desai, vice president and general manager of gaming at Logitech. “The result is the G810 Orion Spectrum, a clean, sophisticated design that’s focused on delivering pure performance.”

Every aspect of the keyboard – from the simplest details, such as fingerprint-masking matte texture and a durable braided cable, to the most complex details, including advanced RGB lighting and ultra-fast, ultra-durable Romer-G mechanical switches – is precisely engineered. The result is industry-leading technology and quality of construction in a uniquely crafted design.

The Logitech G810 Orion Spectrum features Logitech’s exclusive Romer-G mechanical switches that deliver near-instant responsiveness, registering key presses up to 25 percent faster than standard mechanical switches. With an actuation point of 1.5 mm, Romer-G switches receive commands more quickly, helping to give you an edge in competitive games where every millisecond matters. With improved durability at 70 million keystrokes, up to 40 percent more keystroke operations than other standard key switches on the gaming peripheral market, you can play with confidence knowing that your keyboard can survive.

Using Logitech Gaming Software (LGS), select and personalize each individual key light from a spectrum of more than 16.8 million colors, and synchronize lighting effects with other Logitech G gaming gear. You can mark keys by color to keep track of spells and other commands, or change colors to match your setup. Central backlighting makes it easier to find the right keys in game and in the dark. And LGS comes pre-loaded with custom lighting profiles for over 300 games, so all the customization is done for you out of the box.

The Logitech G810 Orion Spectrum features dedicated media controls that can be used to play, pause and mute music and videos instantly, so you can control your background track without switching out of your game. Use the roller to adjust the volume, or skip to the next song with the touch of a button.

Get full control of the Logitech G810 Orion Spectrum with LGS. Customize your favorite games with custom button macros on the F1-F12 keys. Control RGB lighting on individual keys and determine which keys are turned off when you turn on Game Mode.

The Logitech G810 Orion Spectrum RGB Mechanical Gaming Keyboard is expected to be available in the U.S. and Europe beginning February 2016 for a suggested retail price of $159 and €189. For more information please visit gaming.logitech.com or our blog.