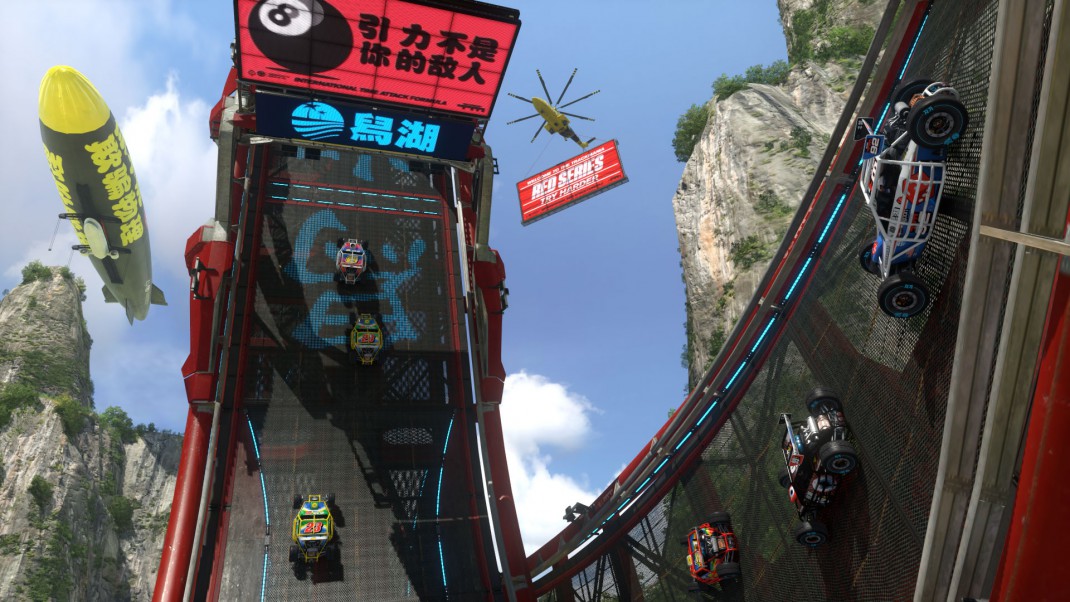 SAN FRANCISCO — February 5, 2016 — Today, Ubisoft® announced that TrackMania® Turbo, the latest installment in the TrackMania franchise developed by Nadeo, a Ubisoft studio, will be released on PlayStation®4 computer entertainment system, Xbox One and Windows PC on March 22, 2016.

TrackMania Turbo features an easy to learn, difficult to master arcade racing universe with time attack gameplay where players set their own limits and challenges. The game revolves around an exhilarating combination of matchbox car fantasy and massive scale, focused on the pursuit of the perfect run around the track.

Using the Trackbuilder tool, players can build an infinite number of tracks to train and challenge their skills. TrackMania Turbo also includes more than 200 head-spinning tracks set in four beautiful environments, each with their own driving style: Rollercoaster Lagoon, International Stadium, Canyon Grand Drift and Valley Down & Dirty.

The brand-new Rollercoaster Lagoon is set in a tropical paradise, where drivers must race through sunny beaches and magnetic rollercoasters. The fan favorite International Stadium is back, along with the Canyon Grand Drift and Valley Down & Dirty environments, all reworked with updated graphics, gameplay, dedicated new car designs and a new artistic direction, creating a visual identity that immerses gamers in the arcade racing experience more than ever.