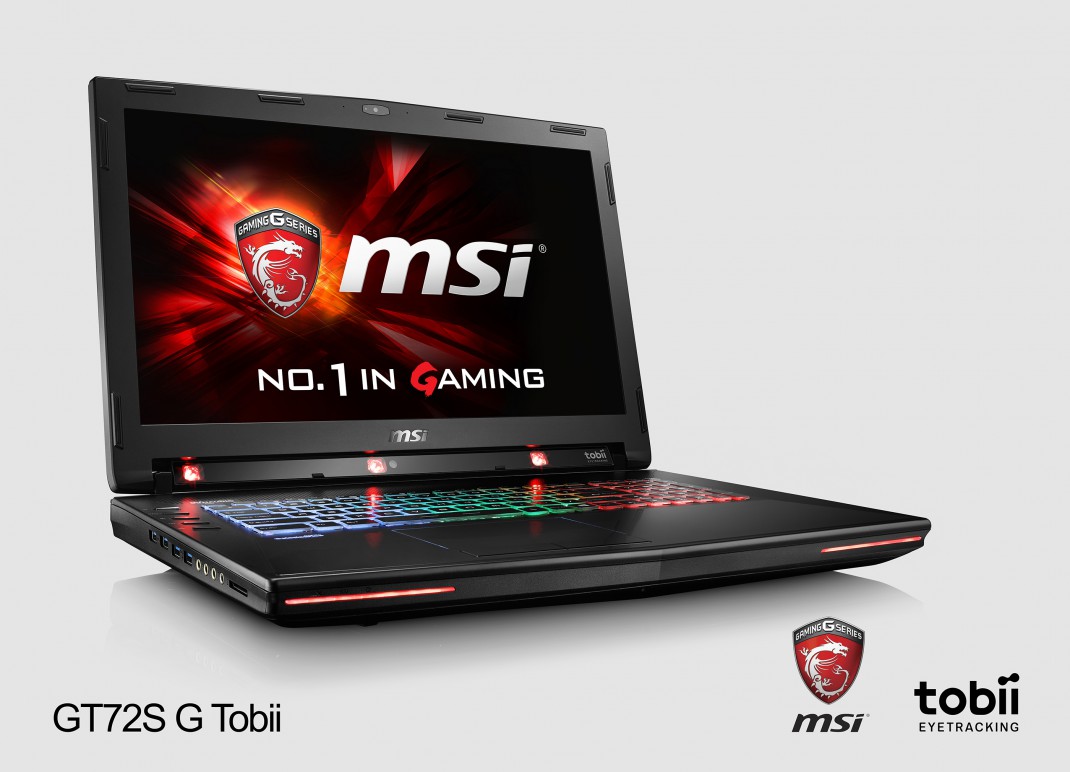 STOCKHOLM & LAS VEGAS – Tobii, the global leader in eye tracking, will showcase innovations that will shape how consumers redefine their computing experience during the 2016 International Consumer Electronics Show (CES). Through a partnership with Ubisoft®, entirely new gaming experiences will be added to Assassin’s Creed® Syndicate, letting gamers aim, shoot and zipline with their eyes. MSI will also start shipments of the world’s first consumer notebook with integrated eye tracking in early 2016. Attendees can go hands–on with Tobii’s award winning experiences, including Assassin’s Creed® Syndicate and the MSI GT72 Dominator Pro Tobii, by visiting its booth at Tech West #71939 in the Sands Expo Center, Jan. 6–9.

“In 2015, we made eye tracking available to consumers for the first time. No matter their first interaction, the response was the same: this feels like the future,” said Oscar Werner, president of Tobii Tech. “A year later, our technology can be found in a world-class gaming notebook, two more AAA game titles and is part of an industry-wide shift in biometric security through validation from Microsoft to support Windows Hello – all solid testimonies to the power of eye tracking.”

CES 2016 attendees will be among the first to experience the following:

MSI GT72 Dominator Pro Tobii – Already a ‘Best of Computex’ award winner, this notebook will officially start shipping to consumers in January 2016 and will be bundled with Tom Clancy’s The Division, Ubisoft’s online open-world RPG shooter and one of 2016’s most anticipated titles, releasing on March 8. As the world’s first consumer notebook with integrated eye-tracking, this extension of MSI’s flagship GT72 line provides gamers with the most realistic and immersive experiences possible. More information, including when and where consumers can first try Tobii eye-tracking features with Tom Clancy’s The Division to follow in early 2016.

Ubisoft’s Assassin’s Creed Syndicate with Tobii Eye-tracking – Building on the excitement and success of Ubisoft’s ‘Infinite Screen’ implementation in Assassin’s Creed Rogue, the newest installment in the blockbuster franchise expands eye-tracking implementation to let gamers aim weapons and throw Jacob and Evie Frye’s signature rope launcher with their eyes. Additionally, light adaption has been built into the experience, where the scene becomes overexposed when looking into a dark room with a bright window, as if the character’s vision adjusts. Attendees will be among the first to try these implementations at their exclusive unveiling during CES. All Tobii eye-tracking features will be available on PC in late Q1 2016.

Windows Hello and Tobii EyeX Software – Recently validated by Microsoft, Tobii platforms are the only devices in the world that use the same singular sensor to provide both eye-tracking and facial recognition support for Windows Hello, empowering device manufacturers with both Windows 10-ready biometric authentication and eye-tracking functionality for notebooks, Ultrabooks, desktops, and peripherals. Continuing its commitment to bring consumers a more natural and intuitive Windows experience with eye-tracking, Tobii will also showcase its EyeX software, enhancing the computing experience with features that change how consumers interact with media and their computers.

Tobii IS4 Eye Tracking Platform and Tobii EyeChip – Unveiled in October and built on over 15 years of Tobii eye-tracking innovation, the Tobii IS4 is the world’s most cost-efficient, lightweight eye-tracking platform and the first to meet integration requirements for consumer devices. Powering the IS4 Platform is the Tobii EyeChip, the world’s first application-specific integrated circuit (ASIC) developed specifically for eye tracking. A compact, powerful processor, the EyeChip provides exceptional performance while reducing power consumption, CPU and bus load, a unique combination that makes it particularly beneficial in VR. Both the Tobii IS4 Platform and Tobii EyeChip are 2016 CES Innovation Awards Honorees in the ‘Computer Hardware and Components’ and ‘Embedded Technologies’ categories, respectively.

Members of the media can preview these products during Unveiled, the official media event of CES, Jan. 4 from 4-7 p.m.

Tobii will also participate in the Promoting Independence for People with Disabilities through Technology panel on Jan. 7 from 10:15 – 11:15AM at the Las Vegas Convention Center (LVCC), North Hall, Room N259.

Tobii discloses this information pursuant to the Swedish Securities Market Act and/or the Swedish Financial Instruments Trading Act. The information was submitted for publication on January 4, 2016, at 4:00 p.m. CET.