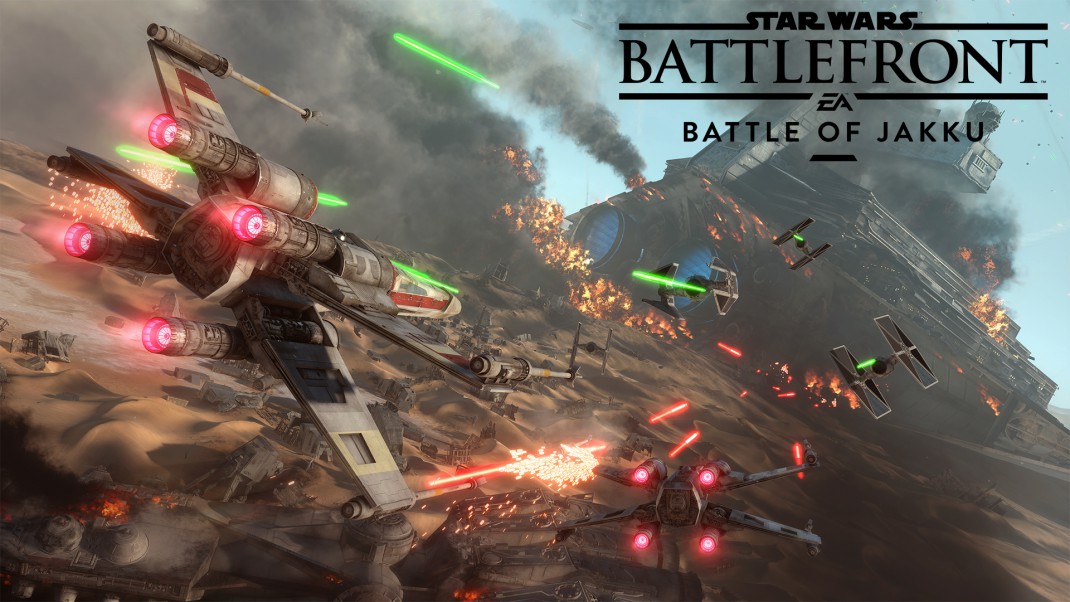 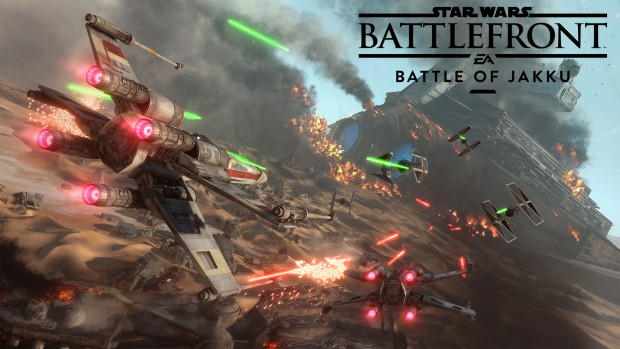 November 30, 2015 – Let’s play Star Wars™! Star Wars™ Battlefront™ – Battle of Jakku: Live from London (#StarWarsBattlefrontLondon) is taking place today, and will include the world premiere of The Battle of Jakku gameplay live streamed on Twitch. The below code can be used to embed the stream from the official EA Star Wars Twitch channel beginning at 11am PST / 2pm EST / 7pm GMT / 8pm CET:

Among the 40 player set up at Star Wars Battefront – Battle of Jakku: Live from London will be Ali-A, Vikkstar123 and JackFrags who will do battle on two maps set on Jakku as well as the debut of a new mode, Turning Point, a vast Star Wars Battlefront game mode for 40 players

The Battle of Jakku was created through a collaboration between DICE and Lucasfilm and takes place 29 years before Star Wars™: The Force Awakens™ in the aftermath of the Rebel victory in the Battle of Endor – the pivotal moment when the New Republic confronted key Imperial holdouts on a remote desert planet. Learn more here.