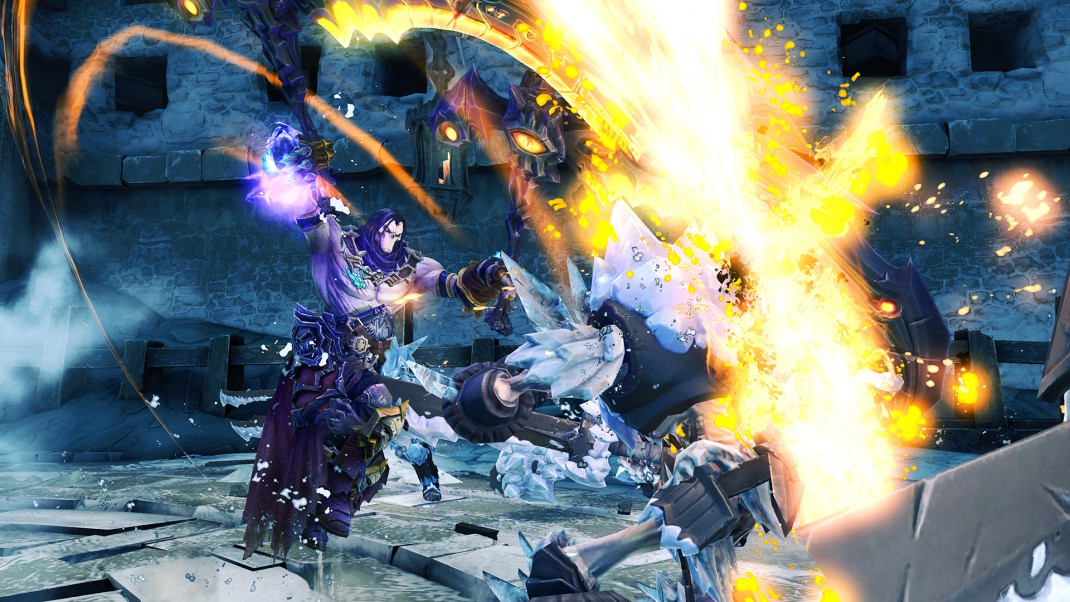 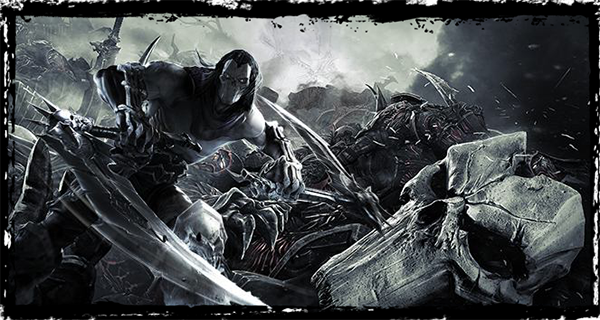 War! What is he good for? Absolutely nothing…. unless you also mean being a scapegoat for the great “powers that be”. When you are one of the Four Horsemen of the Apocalypse, who can you count on to have your back? Why, Death of course, since he is one of the constants of the world (why isn’t Taxes the Fifth Horseman?) and a true blue brother indeed. So in Darksiders II Deathfinitive Edition you play big blue Death and you reap like a bad ass.

Features:
– Play Death: Become the most feared of the legendary Four Horsemen, able to destroy entire worlds and battle forces beyond Heaven and Hell.
– Epic Universe: Unlike anything the player has seen before, delivered in the unique style of Joe Mad.
– Player Choice & Customization: Customize your experience with varied armor sets, weapons, and Skill Trees allowing players to create their own Death.
– Replay-ability: Explore a vast open world, complete dozens of side quests and customize your Death with a full leveling system, Skill Trees and endless equipment combinations.
– Traversal: Death is a nimble and agile character capable of incredible acrobatic feats allowing the player to explore the world like never before. 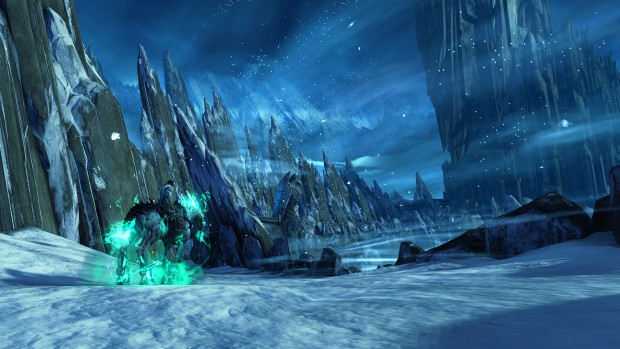 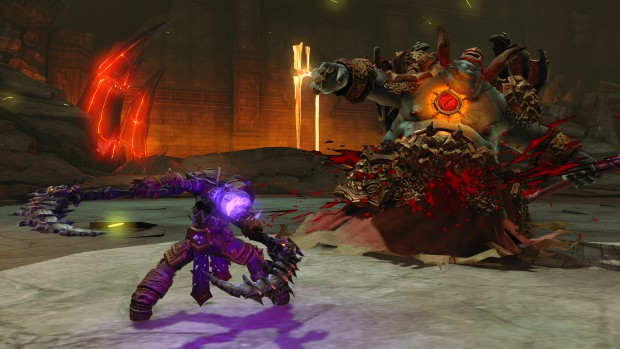 Scythe On:
If you notice a degree of levity in this review it is because the game doesn’t take itself too seriously either. Yes, it has an earth shattering storyline but it plays as a hack n’ slash that borrowed lovingly from the aspects of other games to create a well polished beast of beauty.

The control system plays out much like in God of War, with lots of dodging followed by wicked double attacks. There are also epic bosses and splattering finishing moves for yard trash. The weapon system is similar to a couple different games and allows Death to wield two scythes as well as a secondary weapons of your choice. When it comes to weapons this game is practically in overkill mode with options. You might want to play through more than once just to keep trying out different ways to do Death’s reaping duties. The game already had plenty to start with, the Deathinitive Edition adds weapon DLCs to bolster it even further. Combine this with other customization such as skill trees and you wind up with a Death all your own. 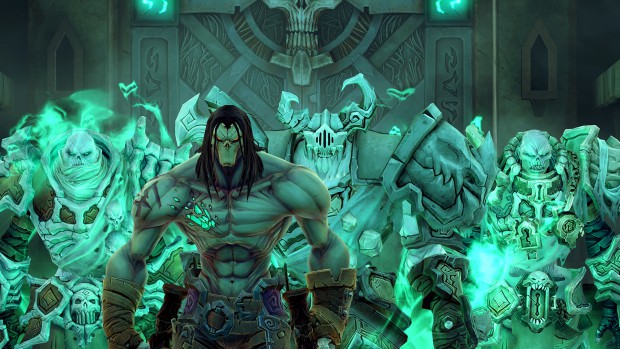 Loot drop is similar to a few dungeon crawlers in design. reminding me of Krater and it’s better known bigger cousin Diablo. As it says above it is an open world much of which you can run around on a mount so you can enjoy the vast space without finding it tedious.

The balance of enemies, particularly the boss battles is nicely done so that you feel a ton of satisfaction dispatching peons but not outmatched when taking on bosses. It may be slight tweaks from the original game, mainly of which aren’t really noticeable to someone who hasn’t played it in three years but they do add up to quite a difference.

This does bring up the question: how is the Darksiders II Deathinitive Edition much different from it’s older gen predecessor? The keys are in content and graphic quality. The old gen game was good and if you got all the DLCs you are getting pretty close to what the Deathinitive Edition is. But with all the addition content in one bundle combined with a reworked engine and native 1080p you’ve got the old game with a beauty of a polish that makes it not just tolerable but a deeper pleasure to replay. If you never played it before you are in for even more of a treat since you won’t have the slightly dodgy memory of having to piece together DLCs to get all your content.  If you met certain requirements upon launch the Deathinitive Edition it was even free to those who purchased the original version three years ago, the requirements being certain of the above mentioned DLCs. 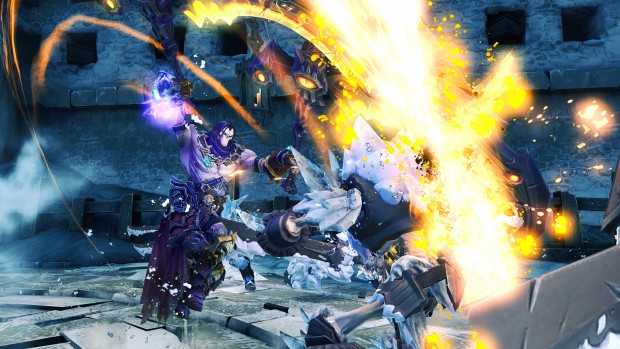 Last Reaping:
Darksiders II Deathinitive Edition hasn’t reinvented the game that came out three years ago but it put the content together in a beautiful native 1080p resolution package that makes it worth replaying or finally discovering. There has always been thousands of ways to die, now there are thousands of ways to Death.