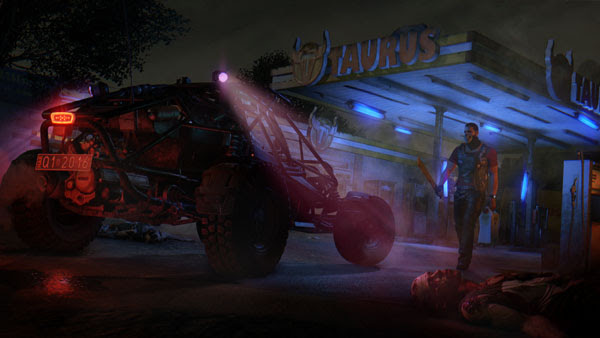 October 15th, 2015 – Wroclaw, Poland/ Today Techland announced that its highly anticipated expansion Dying Light: The Following is set to launch in the first quarter of 2016. The reveal was made via a special video and accompanied by a message to fans from producer Tymon Smektala:

“So since Gamescom 2015, we revealed quite a bit about our upcoming expansion: the vast countryside map, the customizable dirt buggy, a new story and more. What we couldn’t say before though, was the release date. Today we finally know that Dying Light: The Following will launch within the first three months of 2016. This gives us enough time to put in all the content and surprises we have planned for you guys. So keep your eyes peeled for some sneak peeks into what we have in the works for you all. And we promise to share the exact day of release as soon as we get a final decision.”

One of the key features of Dying Light: The Following will be the upgradable and customizable all-terrain dirt buggy. In connection with the expansion Techland has launched its own automotive brand SILAS® Motors – outlining its car manufacture philosophy in the reveal commercial. Dying Light: The Following will be priced at $14.99, while all Season Pass holders will receive the expansion completely free.

Techland is a leading Polish developer, publisher and distributor of PC and console games. Its proprietary Chrome Engine 6 technology is among the world’s most advanced game engines, with Xbox One, PlayStation 4, Xbox 360, PC and PlayStation 3 compatibility and full DirectX 11 support. With a staff of about 260 specialists in four offices in Wroclaw, Warsaw, Ostrow Wielkopolski and in Vancouver, Canada, Techland is committed to delivering top-quality titles for worldwide markets.