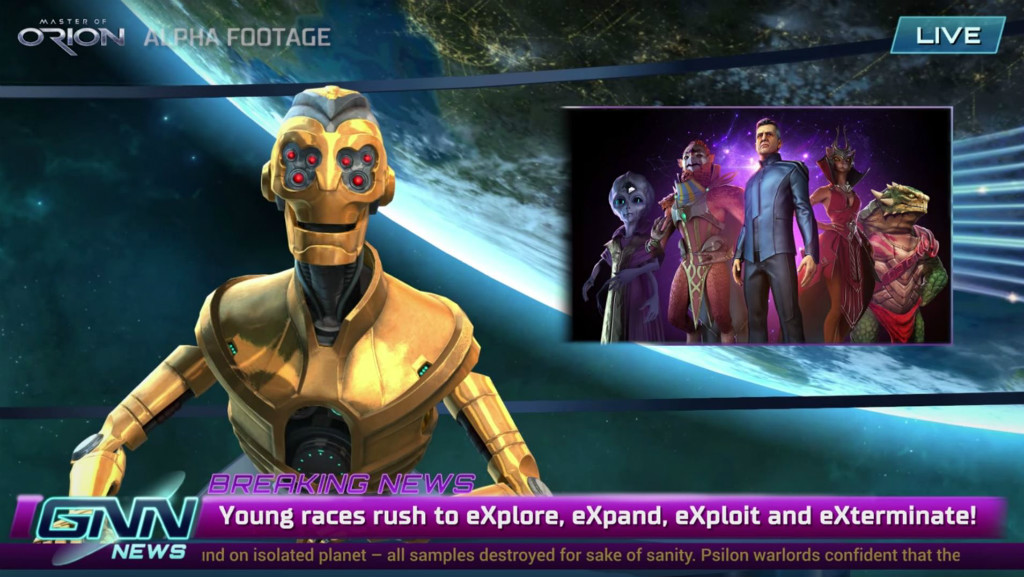 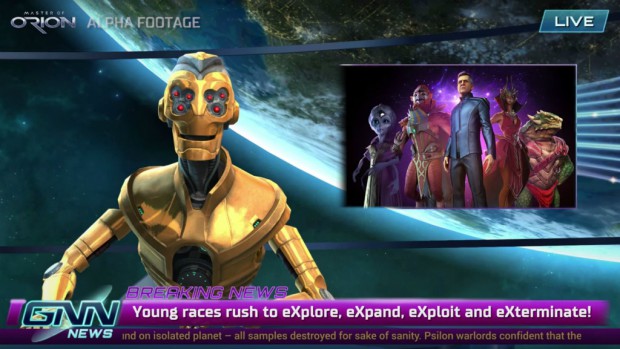 October 2, 2015 — Tune in for an exclusive Galactic News Network (GNN) broadcast to get a first look at Master of Orion’s campaign in action. Let the quirky, robotic GNN anchors be your interstellar guides with a breaking news report on the fearsome Sakkra and the ancient and intelligent Psilon Quanta.

As the broadcast continues, discover how various game mechanics will function, as each galactic news segment details everything from interstellar warfare to specialized research to diplomatic negotiations with other races. During this exclusive exploration, learn more of the potential dangers lurking in the star lanes, whether they be battles against malevolent forces or encounters with other races whose intentions are always in question.

Check out the Master of Orion video here: