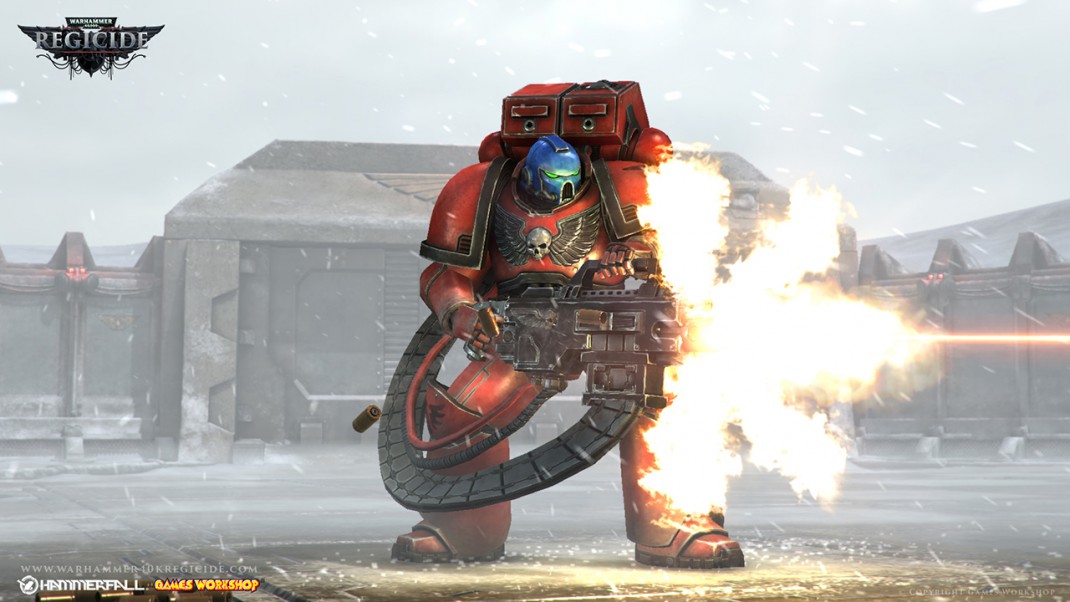 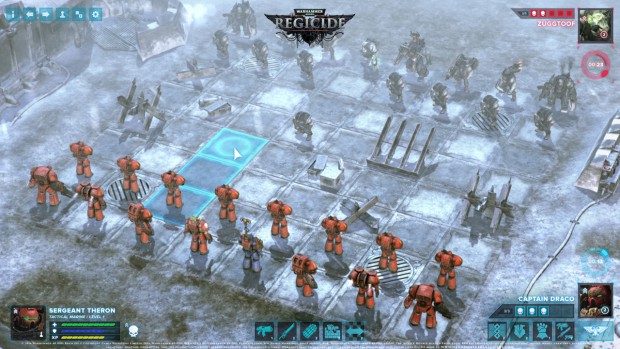 My next two game reviews are both Games Workshop properties, which makes me a very happy game reviewer. Today, I will be taking a closer look at Warhammer 40,000: Regicide, Games Workshop’s version of Battle Chess. That being said, to simply write that Regicide is Warhammer 40k Chess would be to over simplify the game. Yes, the base idea is Chess, but the good people at Hammerfall Publishing have made this game so much more then just that.

The campaign story telling is very typical of Warhammer games. The theme is generally one of vengeance and intolerance towards the enemy, in this case it is the Goff clan of the Orks. The story is told before each stage of the campaign, and is told through text boxes that are fully voice acted. In these narrative sections, the objective of the stage will be set, as well as any secondary objectives that can be completed. Each objective will be unique to each stage of the campaign, and fits with the story being told. The map will also be set up uniquely between each stage, and the pieces available will be determined by what stage you are on.

The story of Regicide is typical Warhammer 40K, which is just fine with me. The Blood Angels have arrived on Hethgar Prime to eliminate every Ork on the planet, both to avenge the fallen Imperialists and to spread the word of the Emperor. This is the heart of Warhammer 40K. Fans of the IP will pick up on the story immediately, and know what roles each person plays throughout the campaign. Players new to the world of Warhammer 40K will have a decent introduction to the game universe as a whole, without having to learn the thousands of years of narrative that has been built into this property. 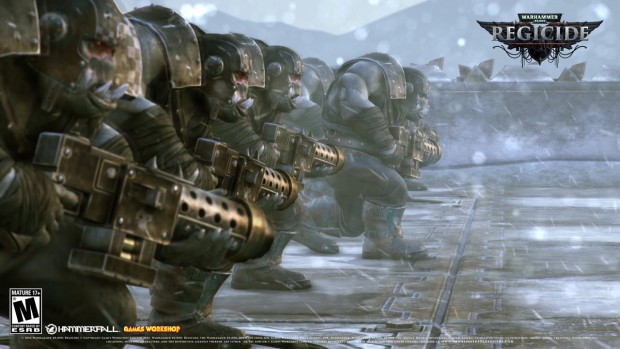 Warhammer 40,000: Regicide has two game modes that can be played outside of the campaign, Regicide and Classic. The campaign uses the Regicide game mode, but with set formations for the board depending on the campaign stage and objectives.

Regicide mode is broken up into two phases, movement phase and attack phase. Pieces will move in the movement phase exactly as they would in the classic Chess game; bishops move diagonally, rooks in straight lines, queens moves in any direction, etc. If you move into a space with an opponent’s piece, then you automatically kill that piece and capture that spot. This does not count against your points to use in the attack phase, this is considered part of your movement. It’s the attack phase that really makes Regicide feel unique as a Chess game, and adds another level of tactics that Chess just does not have.

The attack phase gives you a set amount of points to use to either attack, bolster your defense, or use the special abilities of your pieces. When attacking other pieces, you can either assault them using your close combat weapon, or shoot them using your ranged weapon. You select your choice of attack, and the game will give you a percentage chance of the attack being successful. You can also Go To Ground to add to your defense, or use a special ability. Special abilities will depend on what piece you are attacking with. The Librarian, which is the queen for the Space Marines, will have the typical ranged and close combat attacks as well as a life drain attack that heals the Librarian. The Weirdboy, the queen for the Orks, has a different set of special abilities even though it fulfills essentially the same role as the Librarian.

This attack phase completely changes the tactics used during a Chess game. You have to weigh your movement against the ranged capabilities of the enemy. Sure, I can move my bishop right across the board, but during the Ork attack phase, they will just start blasting him before I have a chance to move him again. In a normal Chess game, you would be absolutely safe placing a piece directly to the side of a pawn, but in Regicide that pawn will be able to assault you and cause some hefty damage.

Classic mode is just that, a game of classic Chess using the Warhammer 40,000 theme. This mode plays exactly like the old Battle Chess game that I loved so dearly in the olden days of PC gaming. There is no attack phase, so all combat is done as you take pieces. There is no ranged attacks, nor percentage chances of an attack missing. If you can take the piece in Chess, then the piece will be killed here. This is Warhammer Chess, so either you will like this mode or not. I have played Chess my whole life, and love having this mode to play. Regicide mode is where the action is, this mode is a great addition to an already solid game.

Regicide will also utilize a single unified account. This means you can play Regicide on your PC, switch over to your phone or tablet, and play against friends regardless of what system they are playing on. You can also change the skins of either side to be another Ork Clan or Space Marine Chapter. Some are available right away, while others will need to be purchased with in game currency. The latest patch just added the Snakebite Clan and the Raven Guard Chapter to Regicide. Other clans and chapters available include the Evils Sunz, Ultramarines, Space Wolves, and White Scars.

Warhammer 40,000: Regicide bleeds Warhammer 40K. The maps of the stages, the design of the pieces, and the cut scenes all feel like they belong to the world of Warhammer 40k. This is a world of total war, where nothing but the complete annihilation of the enemy matters. The death scenes are suitably gory, the environments are suitable desolate, and the characters all look like veterans of a never-ending war. This game looks good, and is designed very well. Regicide has to be right when it comes to design, since it does have over twenty years of Warhammer 40K to live up to.

The sound and voice acting in Warhammer 40,000: Regicide is also great. The actors nail their parts in accordance to what Orks and Space Marines are supposed to sound like. The sounds of bolter fire and chainswords starting up also fit exactly what I was expecting. Like any other long standing franchise, the sounds and accents have been well documented over many games and movies so the developer just had to match those sounds to be right on the money. Regicide feels like a Warhammer game, and absolutely sounds like one too.

At its very core, Warhammer 40,000: Regicide is a Warhammer 40K Chess game – but,  if you skip this game based solely on that, you are making a mistake. Yes, Classic mode is Chess, pure and simple. However, Warhammer 40,000: Regicide mode is much more a turn-based strategy game then it is a classic Chess game. You must plan your movements in accordance to where the enemy is due to the enemy’s ability to open fire on their turn. The addition of the attack phase adds an entire extra layer of tactical planning that Chess simply does not have. Regicide is a great game that will keep you entertained for hours, either through single player or multiplayer. I highly recommend this game to anyone looking for a Chess-like experience that can be played across multiple platforms. Warhammer 40K: Regicide is available now through Steam for $14.99.