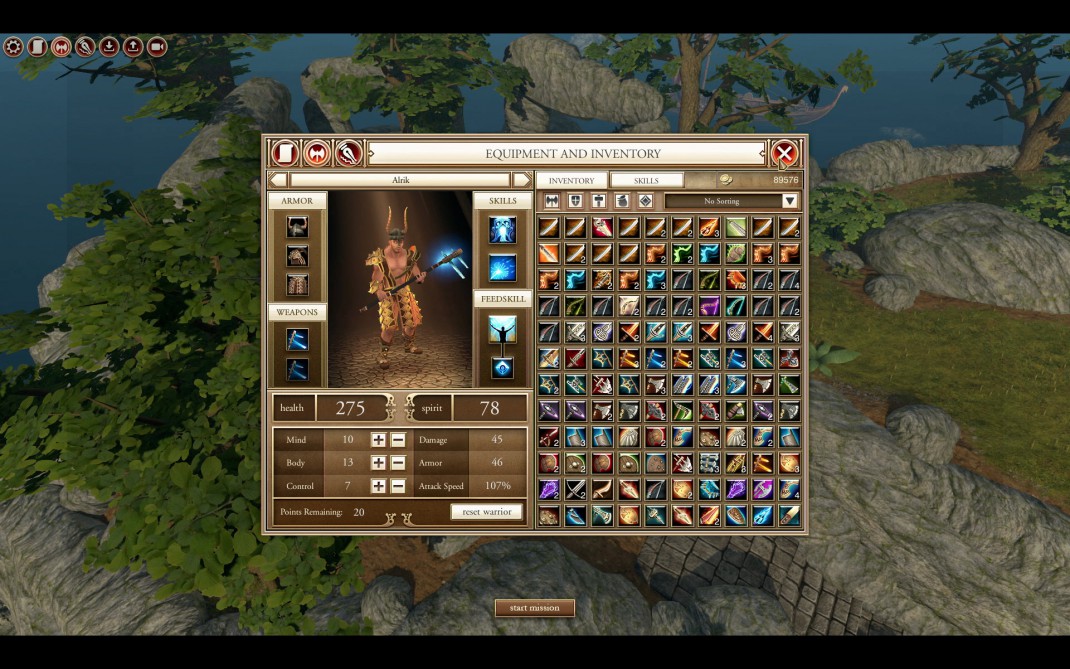 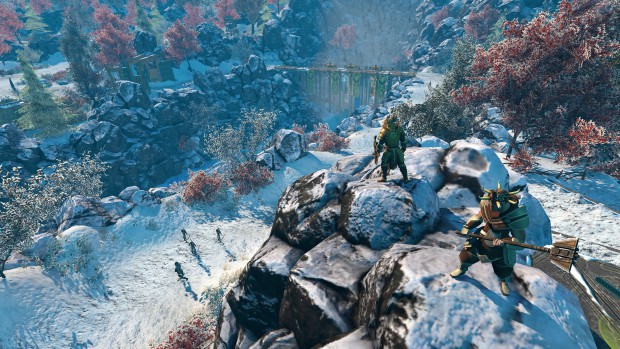 The duo over at Tengin Entertainment has released one of the most beautiful indie games I have ever seen in Kyn. Kyn is an strategic, action role playing game set in a fantasy Norse world. While the aesthetics are very impressive, especially for a game that was designed mainly by two people, Kyn does suffer from a mediocre story line and frustrating combat controls. These elements don’t ruin the game by any means, but Kyn ends up being fairly mediocre while you are playing it, then quickly forgotten once you are completed.

In Kyn, you follow Bram and Alrik, two Norse warriors who have just completed a month long trail to become Magni Warriors. As the two warriors set out to return home to Vinborg, they discover that the landscape has changed. Once peaceful creatures and peoples have now become highly aggressive and red in color. What follows is a linear story line without much character progression, where our heroes travel the world and help the people survive the attacks of the “Reds” as these new creatures are now named.

Tengin Entertainment has taken an interesting look at the old Norse beliefs and stories. The issues with the story line come from the heroes being fairly generic and the story line not being anything amazing that we haven’t seen before. The story of Kyn serves it’s purpose in driving the narrative of the game, but that’s about it. You will move from one quest to another, killing monsters or rescuing guards, without much change in the story line. Some decisions you do make will have an impact on the world around you, but not enough to really contemplate or stress over that decision. 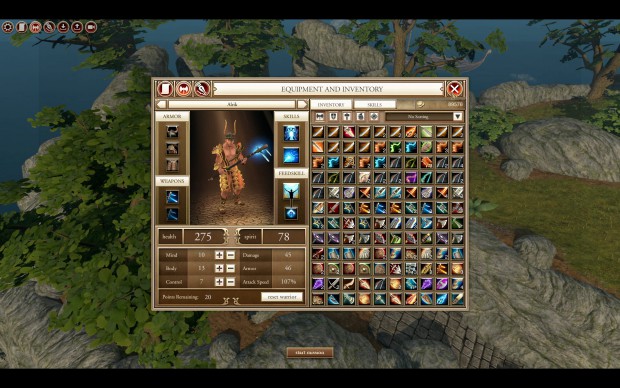 Kyn is a strategic, action role playing game that centers around Bram and Alrik in the beginning, but as the game progresses you will gather a group of six adventurers to explore the world. While the aesthetics of the adventurers are as generic as they can be, the stats, skills, and gear can be changed at any time and throughout the game. You can change a character from two-handed dps specialization to a sword and board tank specialization with just a couple clicks of the mouse button. As items are dropped or crafted, you will be able to adjust your skills and stats to best utilize what you have in your inventory. I loved the flexibility of this system since it allowed me to best utilize the tons of loot that would drop.

Speaking of loot, Kyn has a very deep loot and crafting system that will take some time to get the hang of it. I did seem to get plenty of crafting materials just by completing basic quests, but it was difficult sometimes figuring out what materials I needed for a specific piece. Loot was very diverse and plentiful, which is a must in a game like this. It is reminiscent of the old Diablo II days, where everytime you kill something, you get that moment of anticipation for what will be dropped.

Combat, on the other hand, is fairly dull and lifeless. It’s mostly going to be “point, click, use skill, repeat” with only a slow time mechanic that really changes things up. The space bar will allow you to slow time for a small duration, while you figure out who needs to attack what. You will find that most of the time, your party will be attacking the wrong people and will need the slow time mechanic to fix that.

Kyn is also full of puzzles that need to be solved during the story line. The puzzles are very similar to what one would find in a typical Zelda game, with switches, pressure plates, or other similar devices. Some puzzles will require that you split your party up and have to manage two groups to get passed. None of the puzzles in Kyn where that overly difficult to solve, but they do kill the replay value, since once you finish the game you already know how to by pass these puzzles on a second run through. 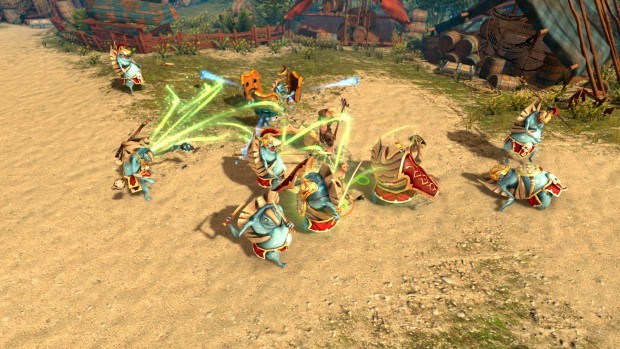 Kyn is a beautiful game, especially for a two man indie team of developers. The level design is flawless, the world is beautiful and interesting, even though the characters themselves are somewhat generic in appearance and looks. Kyn is worth playing just for the run through it’s beautiful landscapes.

For sound design, the team went with no voice actors. All dialogue is text driven, which is a shame but understandable when it comes down to this not being a game with a huge budget. The music, however, is absolutely gorgeous. While it may not be as iconic as Halo or Kingdom Hearts, it is an absolutely joy to listen to as you venture through the world of Kyn.

Kyn is a solid game, that balances the good with the bad enough to make it enjoyable to play especially at the $20 price point. While Kyn may have a boring combat system and a rather weak story line, it does have a beautiful aesthetic, great level design, and a loot and crafting system that is deep and fun to play with. Kyn will keep you entertained for about fifteen hours, and that’s a lot of game play for a little money. If you are looking for a decent indie game to pass the last days of summer, than you can do far worse then Kyn. If you can’t overlook a few negatives and enjoy Kyn as a whole, then you may want to skip this one. Kyn is available now on Steam.