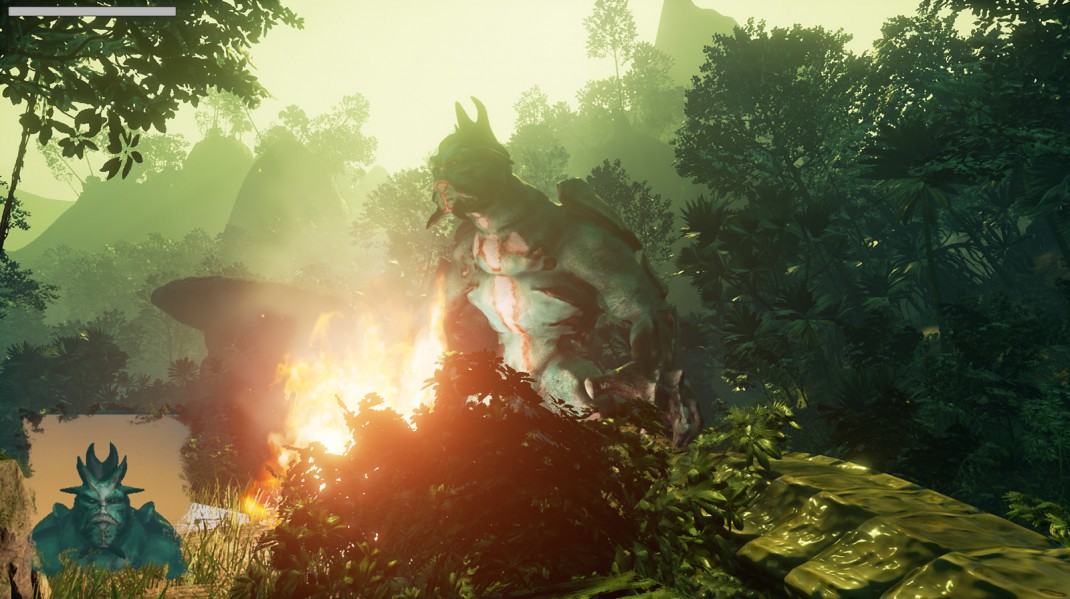 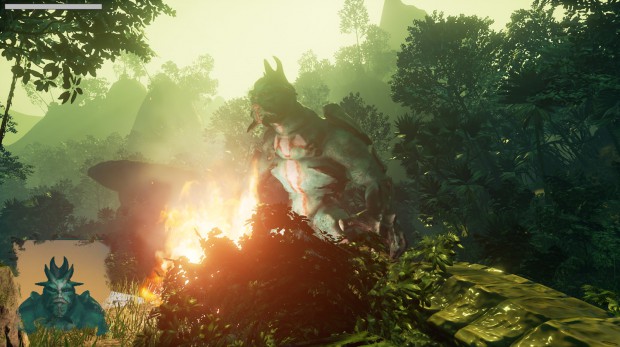 San Francisco, California (August 5, 2015) – Independent developer Rogue Rocket Games is thrilled to announce First Wonder, their spiritual successor to critic and fan-favorites MDK and Giants: Citizen Kabuto. A first playable demo of First Wonder will be available at PAX Prime at the end of August, with a crowdfunding campaign to support a multi-platform version of First Wonder planned later this year.

Bruty and Richard Sun, who met at Planet Moon Studios and went on to co-found Rogue Rocket Games several years later, long discussed a game to follow in the footsteps of MDK and Giants: Citizen Kabuto. First Wonder is that ambitious new title, aimed at existing fans of Bruty’s previous work and newcomers alike.

First Wonder blends third-person shooter elements with aerial acrobatics in a fantastical open-ended world ripe for exploration. First Wonder is a humor-laden, genre-defying game packed with memorable characters who must face a deadly giant while trapped on an island resort on the alien planet, Majorca. When a greedy corporation tricks the planet’s peaceful inhabitants, the Majorcans, to give up their land to found a luxury resort, they accidentally awaken the slumbering giant Monstro. Tasked with fulfilling an ancient prophecy, destruction follows in Monstro’s wake as he takes steps to accomplish his destiny-driven goal.

Monstro has formidable abilities that allow him to leap over obstacles, charge at opponents and exploit the natural formations of the expansive Majorcan Islands for quick traversal. The Cargonauts – a underprepared salvage team, way out of their league when Monstro awakens – take to the skies using their rocket technology in an attempt at matching Monstro’s natural gifts. To find and capture the terrifying beast, the Cargonaunts must use their wits and a variety of tools and inventive traps.

In First Wonder, players will alternatively take the reigns of Monstro and the ragtag team of Cargonauts as they try to stop him. The living, breathing chain of Majorcan Islands – a “character” in its own right – offers a dynamic world with unique inhabitants and natural resources awaiting player interaction. Many secrets lay hidden within First Wonder, as tiered plateaus, surreal geological features, and surprising environmental effects create a rich and unpredictable alien world.

“MDK and Giants have held a special place in my heart for many years and I’ve wanted to revisit those ideas for a long time. I always intended for one or more sequels, to more deeply develop many of the ideas that we had only barely introduced,” said Nick Bruty, Co-Founder of Rogue Rocket Games. “With the modern existence of high-quality game development tools like Unity3D and Unreal, combined with the creative freedom that comes from crowdfunding, our plans for First Wonder can finally be realized. Stay tuned for more information as we approach the launch of our crowdfunding campaign!”

“No one really makes games like Giants and MDK anymore,” added Rogue Rocket Games Co-Founder Richard Sun. “With help from our fans and support from those that loved MDK and Giants: Citizen Kabuto, we think it’s about time to change that!”

To be among the first to hear about deeper gameplay, features, and specific content, or to receive crowdfunding updates for First Wonder, please visit http://www.first-wonder.com.