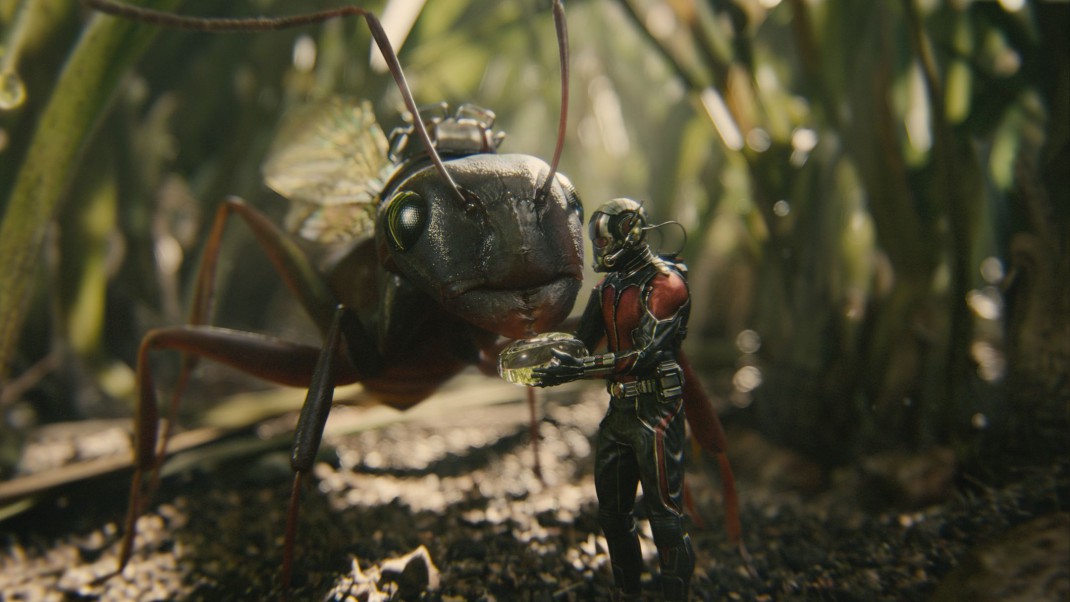 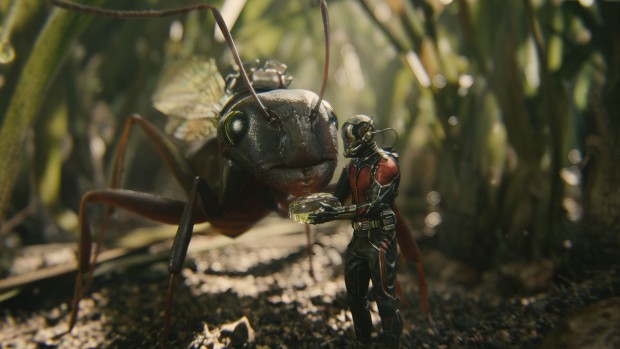 Marvel has done it again. Ant-Man is a terrific movie, full of amazing effects, hilarious quips, and fast action. It has the makings of being a huge summer blockbuster, is entertaining as all-get-out, and put a permanent ear-to-ear grin on my face by the time the credits rolled. In short, you should go watch this movie.

Hank Pym (Michael Douglas) has discovered the Pym Particle, a substance that allows atoms to rearrange themselves, omitting the space between them while maintain—never mind…

It shrinks stuff, is what it does. 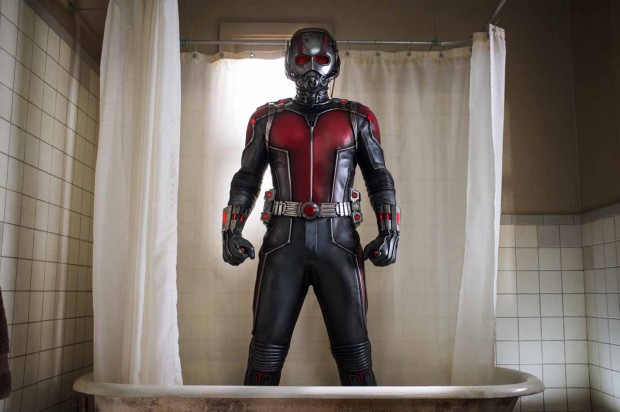 Pym does not want this tech to fall into the wrong hands, so he hides it and more-or-less retires from his company. Years later, Darren Cross (Corey Stoll) has taken over Pym’s company, used the Particle to shrink a “Yellowjacket” suit, and wants to sell it all to the highest defense bidder. Cross still can’t do what Pym has already done: shrink an actual person inside the suit.

And that’s where Scott Lang (Paul Rudd) comes in. Lang is a thief trying to turn his life around for his daughter’s sake, and Pym wants him to steal the Yellowjacket suit to keep it out of the bad guys’ hands. To do so, Pym must help Lang learn to use the suit Pym’s already made, to help Lang become the Ant-Man.

This is really Paul Rudd’s movie from beginning to end. His version of Lang is funny, charming, and athletic, just as comfortable scaling the side of a house as he is making a sarcastic comment about the odds of success. Rudd also got screen credit (along with 3 others) as co-screenwriter, and this is one instance where too many cooks did not ruin the meal; it came out as well-done as it possibly could. 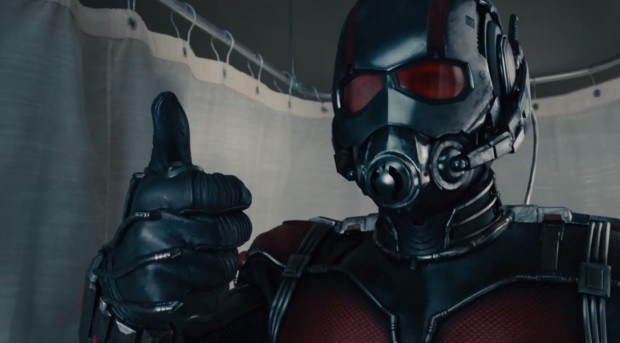 Paul Rudd is terrific, but Michael Peña, as Lang’s friend and partner-in-crime Luis, steals every single scene he is in. His rapid-fire, slang-filled monologues trying to convince Lang to pull off one last heist, are hilarious, and I would pay good money just to see his scenes again.

Luckily, his scenes are just one part of this fun movie. The special effects (CGI and otherwise) are excellent and seamless, serving the story and the action rather than overwhelming it. Even something as simple as an early scene with a younger Michael Douglas arguing with Howard Stark is really remarkable in its nearly-invisible use of CGI to achieve the effect of turning back the clock.

Ant-Man is simply great – and is just as good as last year’s Guardians of the Galaxy, which is high praise, indeed! In short: go watch this movie! 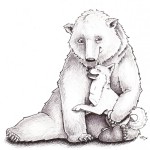 Mike Hansen is a teacher, haunt monster, and writer. He writes content for GamingShogun.com and HorrorBuzz.com

Mike Hansen is a teacher, haunt monster, and writer. He writes content for GamingShogun.com and HorrorBuzz.com