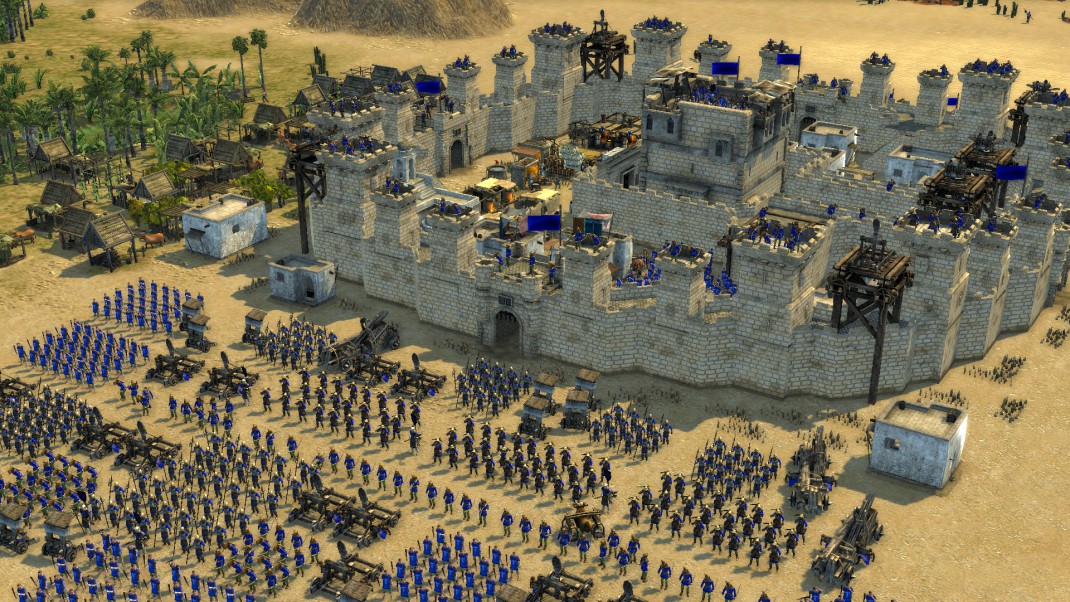 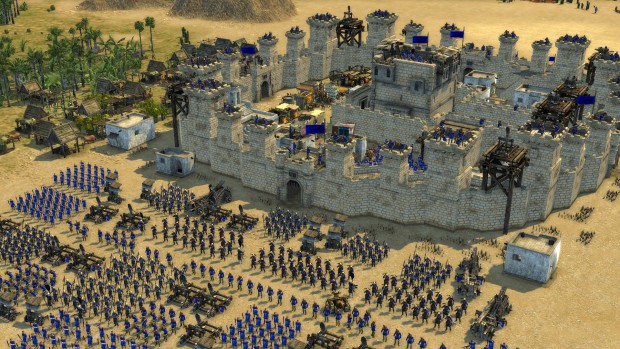 Firefly Studios have been busy, releasing yet another DLC pack for their RTS title, Stronghold Crusader 2. This DLC pack is called The Emperor and the Hermit, which brings two more enemy characters to the game, 7 new missions, new castle designs, new achievements, and new shields to match the new armies. This DLC pack does not add any new game play elements, besides the new AI for the Emperor and the Hermit armies. The game plays the same as the original release, so the need for this DLC will depend on whether or not you want more single player missions, or need some new skins for multiplayer. Of course, at $4.00 on Steam, it’s also one of the cheapest DLC packs you can find for almost any game.

Like The Princess and the Pig DLC, the pack introduces two new generals: the aforementioned Emperor and the Hermit. The Emperor is originally from Germany and was once a high profile religious leader in the world. Eventually excommunicated from the Church, the Emperor now leads a small army of his fanatical followers as he tries to liberate the Holy Land. The Emperor’s quest is more of one for power and authority rather then religious fervor, but his followers follow him into the Holy Land blindly and with a fanaticism that hasn’t been seen.

The Hermit also controls an army of religious zealots, but with the goal to keep King Richard out of the Holy Land. The Hermit was raised in these lands with no royal lineage, no preordained authority or even military background. What the Hermit has is the loyalty of the locals, who are equally as angry as the Hermit with the invasion of their lands by the Christians. 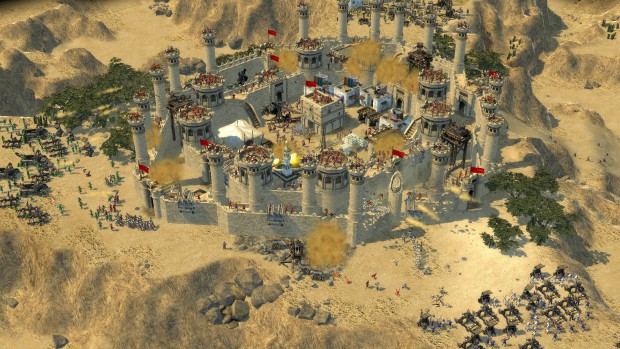 I personally liked the Hermit’s forces better, simply because of their overall aesthetic design. The new castle designs for the Hermit showed a much more Middle Eastern flavor, which is nice in contrast to the last couple of dlc characters being mostly Westerners. The single player trail is fairly challenging and will offer a nice little extension to the overall game.

Other than the additional characters, the new trail, and some aesthetic design changes, The Emperor and the Hermit plays exactly the same as the main game does. There is no other changes to the core game play, so if you choose to skip this DLC you will not be missing anything more then a little extra single player game play and two new characters. However, for fans of Stronghold Crusader 2, you can’t really pass this up, mostly due to the price point. The Emperor and the Hermit is available now through Steam for $4.00.