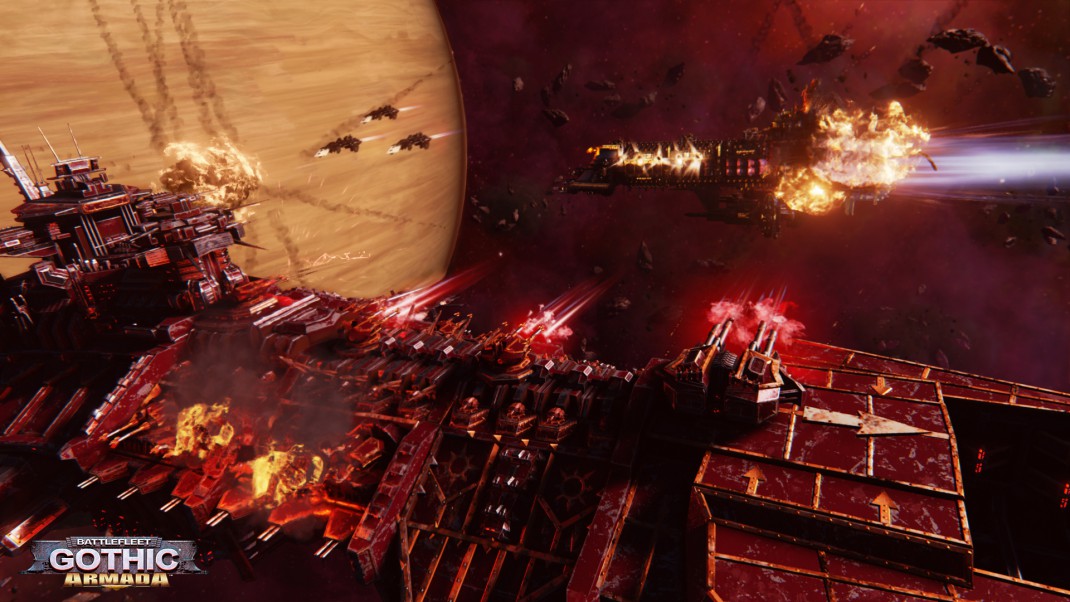 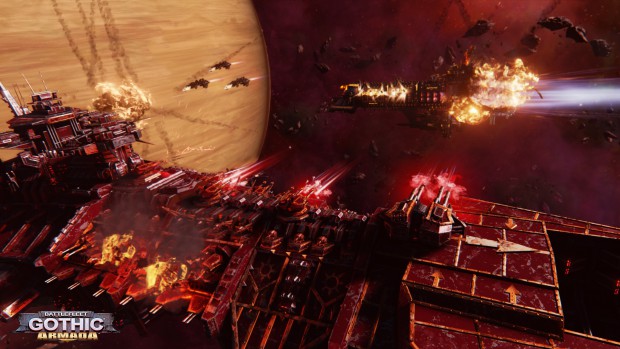 June 9, 2015 — Battlefleet Gothic: Armada, the RTS videogame adaptation by Tindalos Interactive of Games Workshop’s classic tabletop game, reveals the Chaos fleet for the first time. For more information, join us at E3 for a presentation not to be missed… in the meantime, learn about the Chaos armada!

The Chaos Black Crusade of Abaddon the Despoiler takes a front-seat in this latest batch of screenshots, taken in-engine in Unreal 4. Featuring ships from a kilometer in length to 7.5km and with a fleet comprising of raiders such as the Idolator as the fleet’s smallest all the way up to the The Planet Killer, the capital ship of the Abbaddon, as the largest, see the Chaos strike at the Imperium for the first time.

The Chaos blast through the hulls of their foes with gigantic, powerful munitions such as the macro-cannon battery, the lances, and the Armageddon cannon, all in real-time. If sabotage is your thing, the launch bay will allow you to board enemy ships and wreak havoc from the inside! 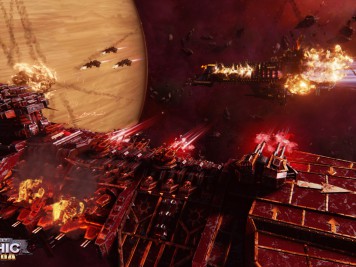 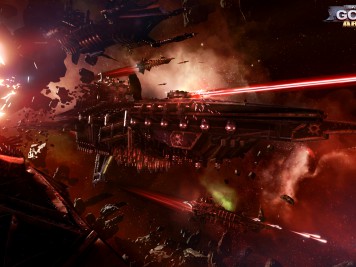 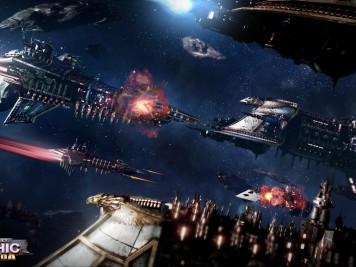 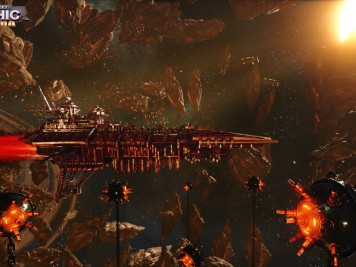 Taking place during the 12th Black Crusade – or Gothic War –Battlefleet Gothic: Armada puts players in the middle of war between the Imperium and Abaddon. Consisting of hundreds of planetary invasions and naval battles, players will be at the center of every fight, commanding fleets of gigantic ships as the Chaos unleash a sequential chain of surprise attacks on Imperium naval bases – the start of 20 years of warring in the sector.

Don’t forget to attend our presentations of the game at E3 2015 in Los Angeles. The developers will be there (Focus Home Interactive booth: West Hall #5312) to show you more of the game and unveil exclusive info.

Battlefleet Gothic: Armada offers deep management of every ship composing the player’s fleet, both during and between battles. From the fastest frigates to the gigantic, miles-long battleships, the player will customize all aspects of his ships: weaponry, defense and support sub-systems, etc. each customization affecting the very performances of the ship and the special abilities available during battle. From battle to battle, the admirals and crew of surviving ships will gain experience and promotions, improving the battle-readiness of the ships for future, bigger and more dangerous battles.