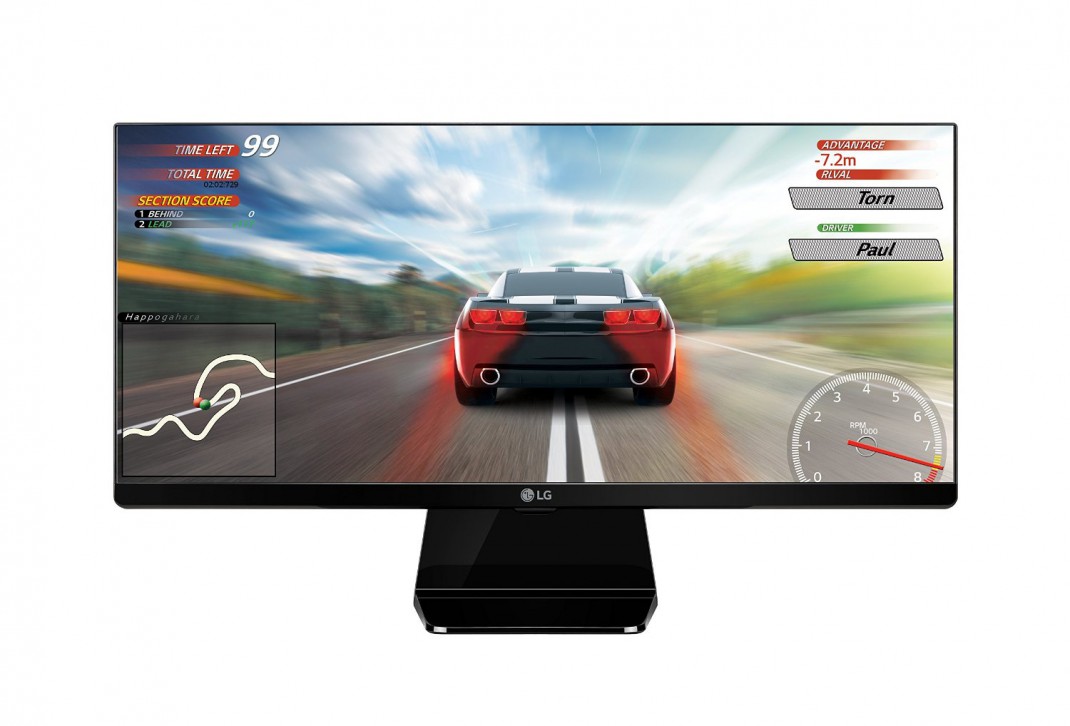 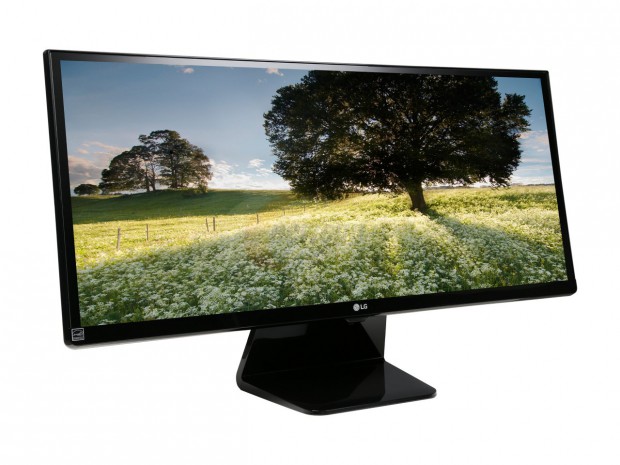 21:9 aspect ratio widescreen monitors are starting to gain a lot of traction among the PC gamers out there for their increased viewing area – viewing area usually only reserved for dual monitor setups. Recently, LG let us borrow one of their newest “UltraWide” displays: The 29-inch LG 29UM67 UltraWide IPS LED gaming monitor, and we got the chance to borrow one and take it for a spin in a variety of games – as well as some movie watching for added measure.

The LG 29UM67 UltraWide IPS LED gaming monitor’s design is fairly indicative of current UltraWide monitors overall. Featuring a black, shiny exterior, it is classy and slick with its extremely wide format. Assembling the monitor is not a bad experience – it attaches to its base stand via two Phillips head screws and the base stand itself is put together with four small Phillips head screws. Once assembled, it is pretty solid on its base, and has some articulation, which helps to customize the angle the user desires. Of couirse, the monitor also features VESA screw mounts in the back in case you are attaching this to a third-party mounting solution or even one of those fancy gaming cockpit monitor stands!

One of the biggest features of this monitor is its support of AMD’s FreeSync technology. This is a technology designed to change the monitor’s refresh rate on the fly in order to minimize or eliminate visible image “tearing”. For reference, Nvidia has a version of this technology as well called “G-Sync”. As to the FreeSync technology, a large array of AMD graphics cards support this feature – so, chances are that you are all-set to use it if you have an AMD GPU installed. There is one caveat to this technology: It can only be used via the monitor’s DisplayPort input. It will not work using the DVI or HDMI ports. Another interesting feature of the LG 29UM67 is its ability to display two video input sources at the same time via the on-board display menu. There is enough screen real estate that makes this feature very handy as well as useful. Speaking of the on-screen display, LG has equipped the 29UM67 with a very impressive control  menu chock full of display tweaks and options. Finally, the 29UM67 has a very thin bezel which is barely noticeable when playing games or watching movies on it.

LG has even programmed some gamer-specific display modes into the monitor. The is a day and night FPS setting mode as well as a mode dedicated to RTS titles. These presets are pretty nifty and, even though I tended to customize my image in the end, I appreciated the effect that each of the gamer display modes had. If you don’t plan on customizing your image, you won’t be disappointed with the built-in modes. 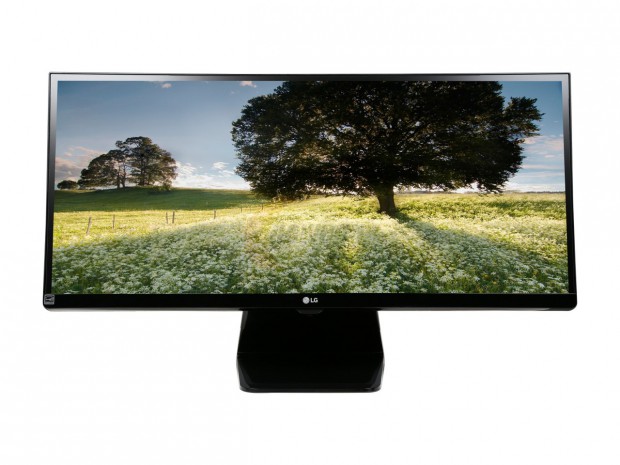 The LG 29UM67 UltraWide IPS LED gaming monitor helps your games look amazing. I prefer a wider field of view in both my first-person shooter titles as well as flight simulations. To that end, I have tried two and even three monitor setups in my time as a gamer! Unfortunately, the more monitors you connect to your graphics card, the more processing power is needed. With this UltraWide solution, you get that wide field of view without as much performance being needed to make it work.

If you compare the LG 29UM67 to a 29-inch 16:9 monitor, you will notice that, while the UltraWide is much wider than the more standard display, it is also a lot shorter. You are basically exchanging height for width. If you run any games or content that only display in 16:9, then you will get black bars on the left and right sides of the screen. Additionally, because you are now essentially not using the extra width, you are left with the equivalent of, roughly, a 23-inch display. Conversely, if you watch movies in the 21:9 aspect ratio, you will have no black bars on the screen at all! This takes a bit of getting used to if you come from a world of 16:9 displays like I did. However, it is a welcome change. The built-in 7W stereo speakers actually do a decent job of putting out stereo sound. While I would not choose them over a set of dedicated external speakers, they are more than fine if you are using the display in a quiet office or dorm environment. Dying Light, Far Cry 4, and World of Tanks all looked beautiful on this display, and the added field of view helped my overall performance as well as gameplay experience. DCS: World 2 looked incredible, and it was so nice to see as much of the cockpit as this wide display allowed.

Overall, the LG 29UM67 UltraWide IPS LED gaming monitor is a great example of this growing display category with a ton of built-in features as well as a fairly economical price point that won’t leave your wallet empty. It is available now from LG’s official website as well as other retailers. The monitor also comes in a 34-inch flavor for an extra $200 dollars on the price tag. If the 29-inch model is any andication, I would imagine you would be very happy with its bigger sibling too. 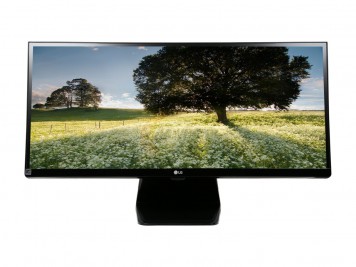 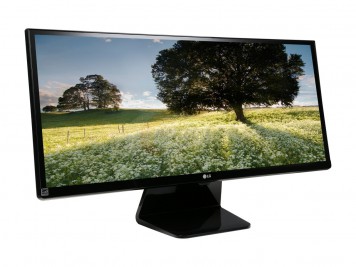 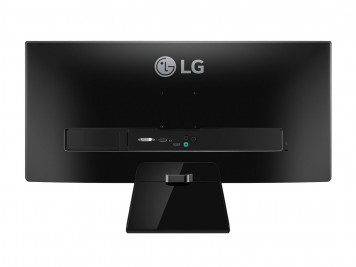