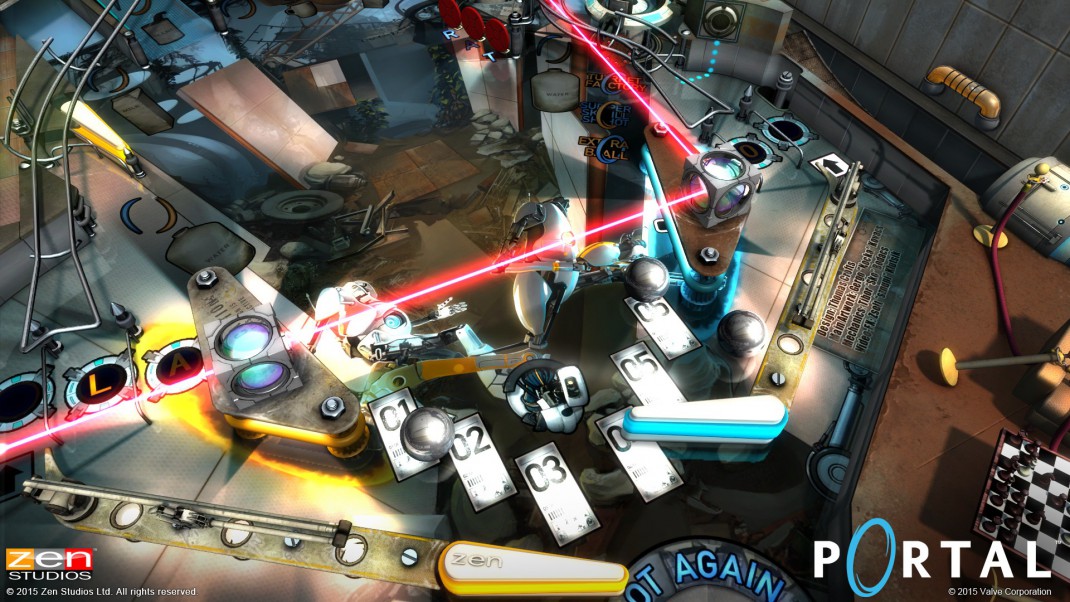 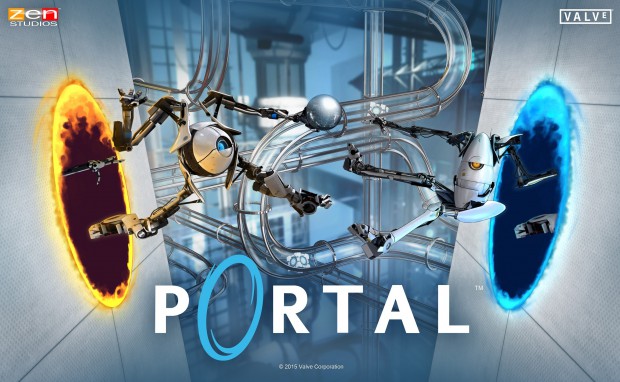 I always get excited when there is a new Zen Studios pinball table up for review. I only own a handful of the dozens available on the consoles but they get regular play in our household and addictive “one more game” fever sweeps through quickly. So when the new Portal table got released and the review came along it was really a rhetorical question on whether I was up to reviewing it.

Hands On:
First off besides always doing an excellent job with theming, Zen Studios is the standard for video pinball for one major reason: physics. They have done the most spot on perfect reproduction of actual ball, flipper and bumper physics that can be found. I go to actual physical arcades to play pinball regularly and so you develop a feel and instinct of how everything should work so that you can feel a soft flipper or notice a weak bumper quickly, the nice thing about video pinball is no wear and tear on the machine, perfect play every time. 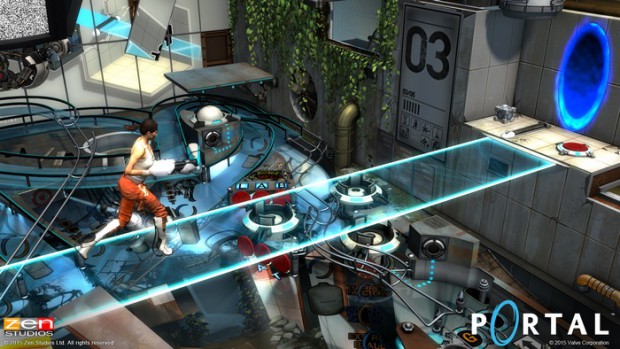 Another nice thing about video pinball is where you can cross into the fantasy realm of play by having characters from the game come out onto the table and perform actions and interact with each other in a way that wouldn’t be possible on a real world machine. In this case portals are made, laser beams are fired and general Portal fun and sarcasm is aplenty on the table. Most of it involves mini-games but you can always expect some love/hate when you lose your ball.

Now down to the actual play of the table since this is where people usually decide their favorites even more than theming. It’s a short table with a medium play speed. It has a fast short top tier and a short basement with a medium to slow play depending on control and luck. Skill shots are challenging but doable, multiball is really fun and the mini games are varied and entertaining. The table is good for a decent player, might be a bit hard for a beginner. 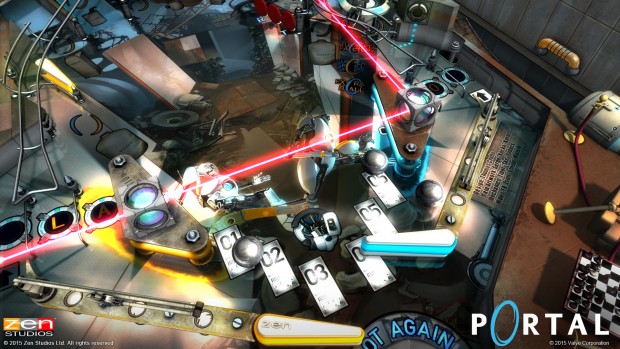 Last Call:
You don’t have to be a fan of Portal or even know much the game to enjoy this table – though, if you are a fan, there is a lot to love here. Once again, the Portal pinball table for Zen Pinball a very solid offering from Zen Studios packing a lot of variety and fun into it. My only complaint about this table is that I wish they had more than one table in the set – it is done so well that fans will be wishing for more.