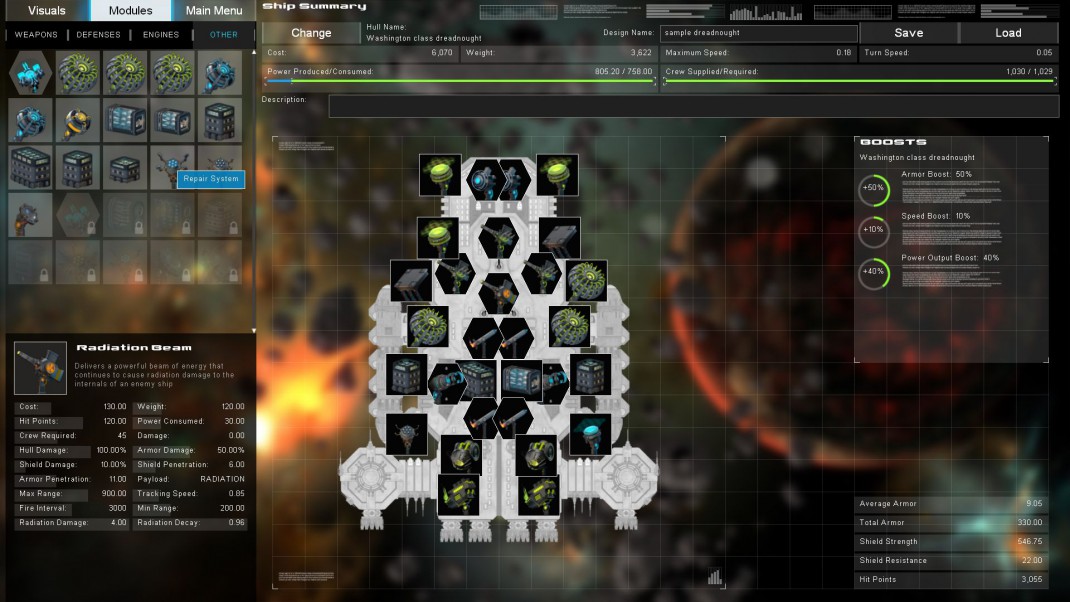 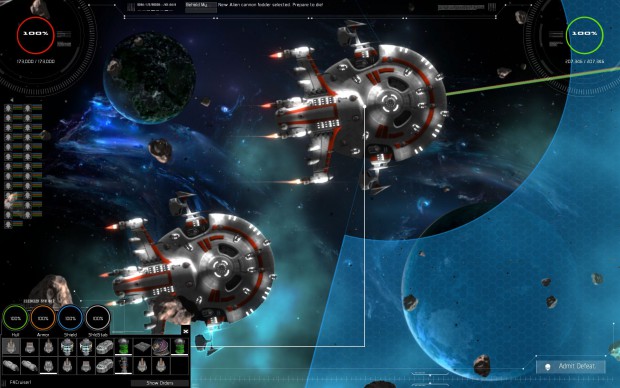 As the title suggests, there really isn’t a plot here, nor a story really. The game is set up as a series of gratuitous space battles that you either win and move to the next star system or lose and need to replay. There are different races in the game with descriptions of the races, but you never get any type of exposition for why these battles are occurring nor who is in command of any fleet. 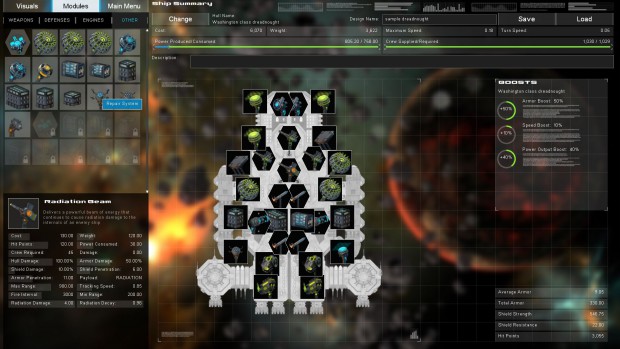 Gratuitous Space Battles 2 is a “hands off” space battle simulator. When I say “hands off”, that means during the battles, you have absolutely no control over the actions of your captains. This game represents the feeling of being an admiral in a space navy, where you will set up your fleet and create new space ships to do battle but must trust your captains completely during each actual battle.

Gratuitous Space Battles does have a lot of features, main among them is the ship builder. You can design and customize your ships from the ground up, with parts that you have unlocked during the campaign missions through research and development. New to Gratuitous Space Battles 2 is that your ships visuals will now carry over to the actual space battles, and not default to standard visuals. This feature is very, very deep! If you have ever wanted to engineer a space ship, then this is exactly what you are looking for. You have control of every aspect of the ship, from visual design, to power output, to shield generators, and crew. I found this to be very well done and extremely deep, just not very fun nor interesting for me. I had no clue as to what I was doing most of the time even though there was a tutorial. I found myself doing a lot of trial and error to find a design that even remotely worked.

Prior to any battle, you get to select your fleet and organize your command structure. You can choose from many different classes of ships, from fighters to cruisers to destroyers, and give them assignments to begin the battle with. You can assign your fighters to a certain ship to fly from, or assign ships to protect your larger ships from enemy fighters. All of these needs to be done prior to the battle, because once you begin the conflict, you can no longer give any orders. 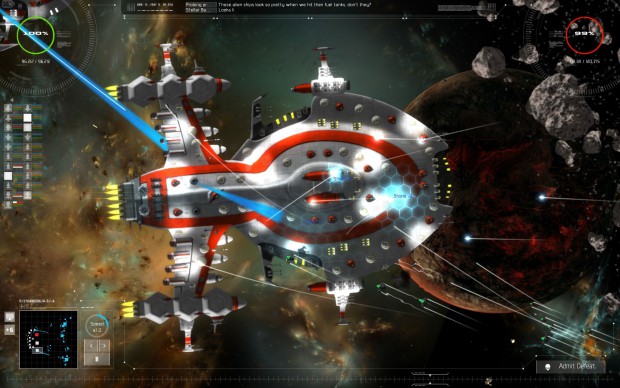 And that right there is where Gratuitous Space Battles dies for me. I was on board right up to the moment the battle starts, then I’m off to make a sandwich. I understand that this is the main draw to the game, but for me it just wasn’t any fun. Sure you can zoom into the action, speed up or slow down the action to really see what is going on, but I would just get up from my PC and come back to see who had won. It’s not that I don’t understand the game or the “hands off” feature, it’s not fun for me. This game will find some fans, but not from me.

Modding is supported by Gratuitous Space Battles 2, so I would imagine that you will find a ton of different mods to play with. You can also share your custom ship designs on Steam with others. Gratuitous Space Battles 2 also supports multiple monitors, however I have heard that using multiple monitors will crash your game. Since I am down to one monitor currently, I could not test this for this review.

Gratuitous Space Battles 2 is a very cool game to look at. The graphical detail displayed during a space battle is intense and can be exciting to watch, like a great science fiction movie. However, since this is a video game, I want to do more than just watch the action. The explosions are fantastic, the environments are full of interesting things to see, and the action can get intense visually.

Voice acting is just “okay” for Gratuitous Space Battles 2. The computer voice overs during the battles can be extremely annoying, since it will repeat current danger over and over again, as if you had any chance of changing anything that was happening. If you are the admiral of this fleet, you would not receive these types of radio transmissions from the fleet’s computer system. I feel that the developers should have had much more realistic radio chatter between ships, including captains talking to each other about current developments, or even crew discussing current ship status’s with each other. 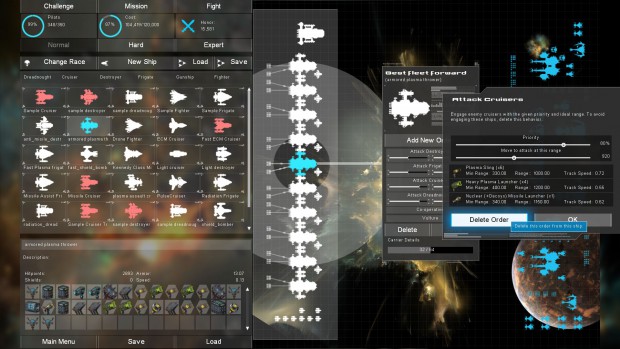 Gratuitous Space Battles 2 is a good game for someone out there. It definitely fills a niche in the video gaming world and there will be plenty of people to buy and play it – I just won’t be one of them. I love the custom ship builder and how deep you can get with your creations. I love how you can build up your fleet to do battle with the next unknown enemy with no reason what so ever. I just do not love how the battles themselves are so hands off. The only reason you have to watch the battle at normal speed is to see exactly how your ship is doing at every moment, to help make the ship even better for the next battle. If this does sound exciting to you, then Gratuitous Space Battles 2 is your thing. If you have Gratuitous Space Battles, there may not be enough new features here to give you a reason to buy the game. For me, I just cannot recommend buying this one to anyone. In my opinion, it just wasn’t any fun to play at all, and at the end of the day that is why I play video games, to have fun.