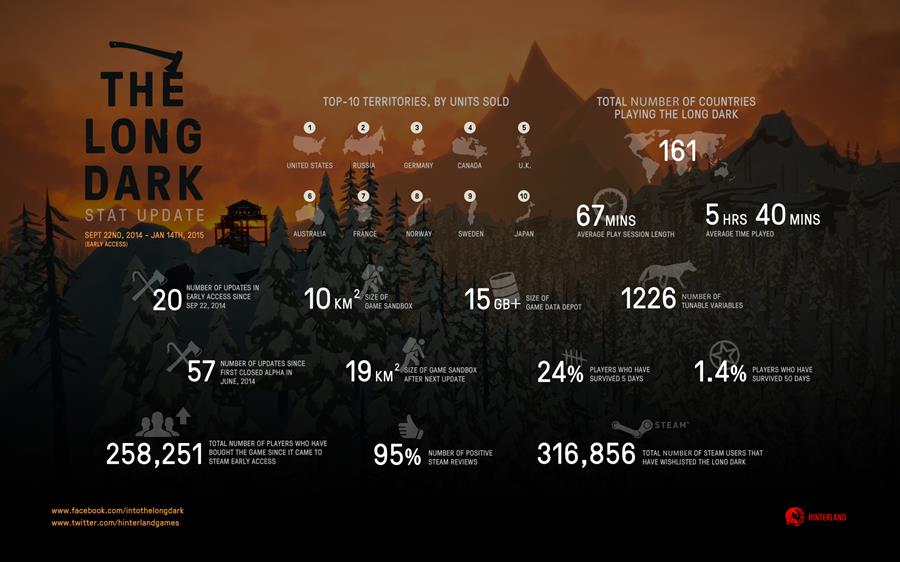 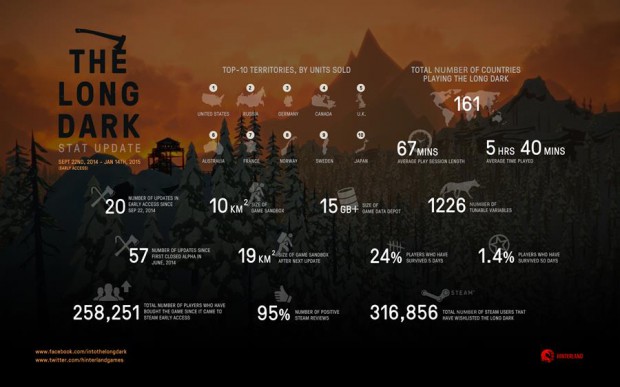 January 15, 2015 — Vancouver Island-based independent developer Hinterland Studio is proud to announce that The Long Dark, its exploration-survival experience, has sold more than 250,000 copies since launching on Steam Early Access in September. Ths initial success validates the team’s direction and allows Hinterland to achieve its ambitions for the upcoming story mode, while ensuring the team’s continued independence.

Regarding the sales milestone, studio creative director Raphael Van Lierop notes, “Our goal with The Long Dark was to create a very different type of experience – an artistic survival game – and we were prepared for the game to be quite niche as a result. Thinking that a quarter of a million people have embraced our vision, even in this early state – something we’ve put forward without compromise – is extremely rewarding. And we’re just getting started.”

The team at Hinterland has put tremendous effort into developing the game in cooperation with its passionate fan community. They’ve continually added new content to the Early Access version, with 20 updates so far and the much-anticipated story mode still to come. The next game update – slated for later in January – will nearly double the size of the game world, adding new and interesting places to explore, as well as new threats to confront.

Hinterland released an infographic that provides insight into player habits in this unforgiving, beautiful representation of surviving in a harsh, cold wilderness. Start playing The Long Dark now on PC via Steam Early Access.