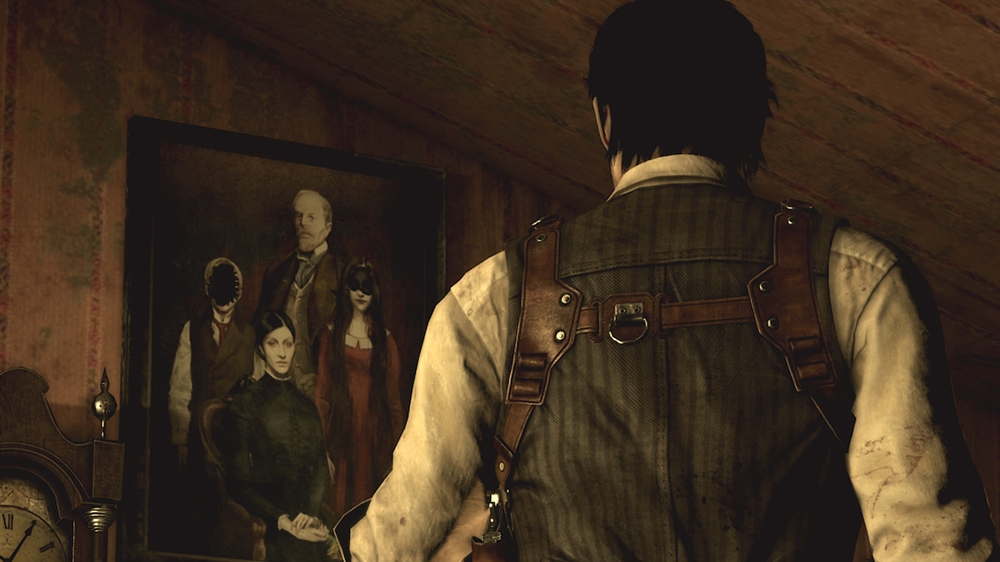 The Evil Within Review (PS4) 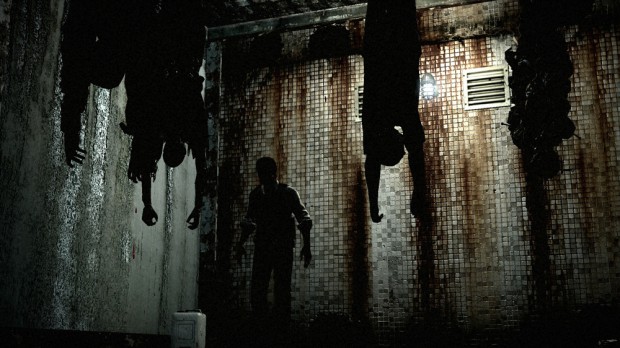 I  just can’t get enough of survival horror games. From the old school Alone in the Dark games to Resident Evil, they are the closest thing to entering into a horror movie – even more so than haunted attractions. At haunts, there are all the elements of a horror movie except for a true sense of impending danger. In survival horror games, there is the very real chance of your character meeting a grisly fate. This fact was really brought home when I went to review one of the latest of the genre, The Evil Within, and I invited my mother-in-law to watch me play. THAT is truly a whole new experience in gaming!

Story:
While investigating the scene of a gruesome mass murder, Detective Sebastian Castellanos and his partners encounter a mysterious and powerful force. After seeing the slaughter of fellow officers, Sebastian is ambushed and knocked unconscious. When he awakens, he finds himself in a deranged world where hideous creatures wander among the dead. Facing unimaginable terror, and fighting for survival, Sebastian embarks on a frightening journey to unravel what’s behind this evil force. 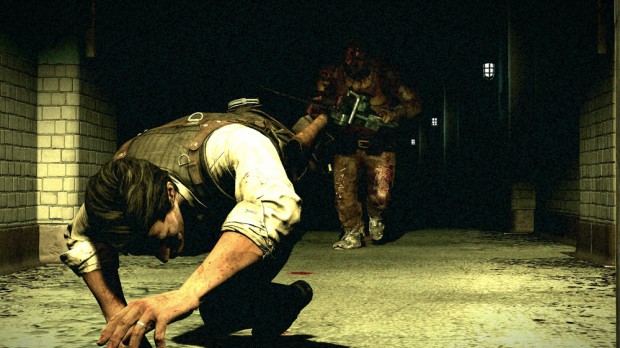 Hands On:
Developed by Shinji Mikami of Resident Evil fame the game fittingly starts off with a very Resident Evil feel to the character dialogue and interaction. It soon takes on its own atmosphere and overall tone as you run away from enemies a lot to start with and eventually, through conservation and guile, figure out ways to defeat them while staying in one piece. The staying in one piece part can really be a challenge when everything from chainsaws to firearms are being used against you by the evil within (see what I did there?). The first time my character got shot I actually said out loud “Hey, that was a gunshot, this just went to a new level”.

On the subject of out loud, I had my mother-in-law join me during gameplay and got to be reminded a bit of what it was like back when I was still new to the genre and jumpy as hell. It started with the first enemy who started after me. “Kill him!” she shouted and I said “With what?”. She replied with, “Your gun!” and so I emptied my three bullets into it and we watched as it kept coming and cut me into pieces and she screamed. “Then what do you do?” she asked and I answered with one word, “Run”. So, I ran and hid and dodged, distracted the whole time by her yelling “Watch out!” and “Faster, here he comes!” or “Go straight!”, “Go that way!” When we would survive she would cheer and high five me, when we would die she would yell, laugh and slap my leg. It made me remember the wonder I had felt when I first started playing the genre in dark room with a little monitor in front of me. Sure, the graphics have come a long way as well as the realism to the gore but the core fear of controlling a character through darkened corridors with little more than a lantern and a handful of bullets was so beautifully refined that it became a play date, I don’t play the game without her being there for each step into the unknown. 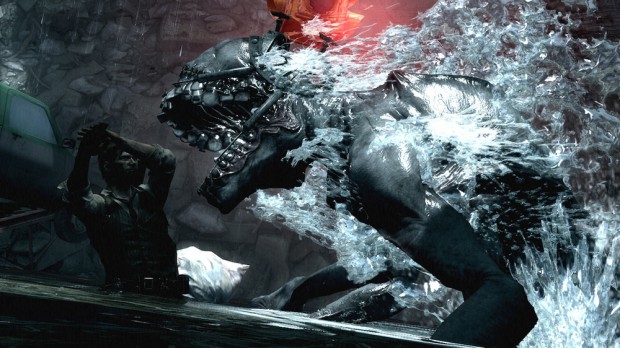 The boss battles are a lot more difficult than the other monsters, causing a little slow down in the action as you have to figure out just how to defeat them. My mother-in-law got a bit bored at these moments losing patience because of the lessening pace in the action, it is hard to watch somebody try and fail so many times on the same monster, and she took this time to do some laundry and came back to watch the video clip of how it was taken down and to go onto the next point in the action. Boss battle are meant to be a challenge and require a bit of puzzling but this experience helped me realize how much they also desensitize you to the horror and can even disconnect you from the experience. They are now an expected part of the genre and would probably be missed if they weren’t included but I also just wonder what it would be like to play one again where the monsters slowly became harder without bosses, just ramping up the difficulty while lessening your resources.

The Evil Within eventually gives you some decent tools to apply your mayhem with, you go from a few bullets and eventually wind up with a crossbow named Agony that has a beautiful variety of bolts that can make killing evil an art form. A particular favorite was shooting a zombie with a motion sensitive bolt in the head, watching it turn to look at me setting off the charge and having it explode in all directions into unrecognizable pieces leaving nothing where it had stood. Lighting one of fire and having it run off and bump into another setting it on fire as well had my mom-in-law howling with laughter. The bigger toys definitely made bigger noise but there is always something to be said for throwing a bottle and having a zed walk into a claymore chasing it. Boom. Splat! Giggle.

The Evil Within looks so amazing on the next gen PS4 and the sounds really work well to pull you in. There are moments of silence in the game which are nice, you listen for the little subtle noises to warn you of what may be waiting for you. You could hear a pin drop in the room as the two of us listen and stare at the screen for some hint of what we were in for next. 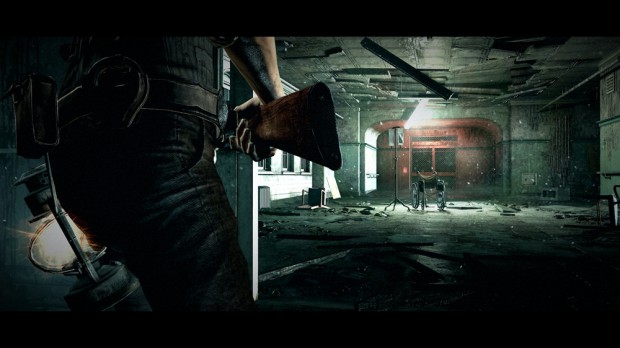 Last Call:
The Evil Within was a nice mix of old school low ammo survival horror and bring the pain weapons that has great atmosphere and creepy beasties. If you like survival horror or have never tried it I highly recommend this title, Shinji Makami hasn’t lost his touch. Play it in a dark room with the lights out or do yourself a favor and get someone who jumps at things that go bump in the night and sit them down next to you and watch as they crawl over the back of the chair as you play.