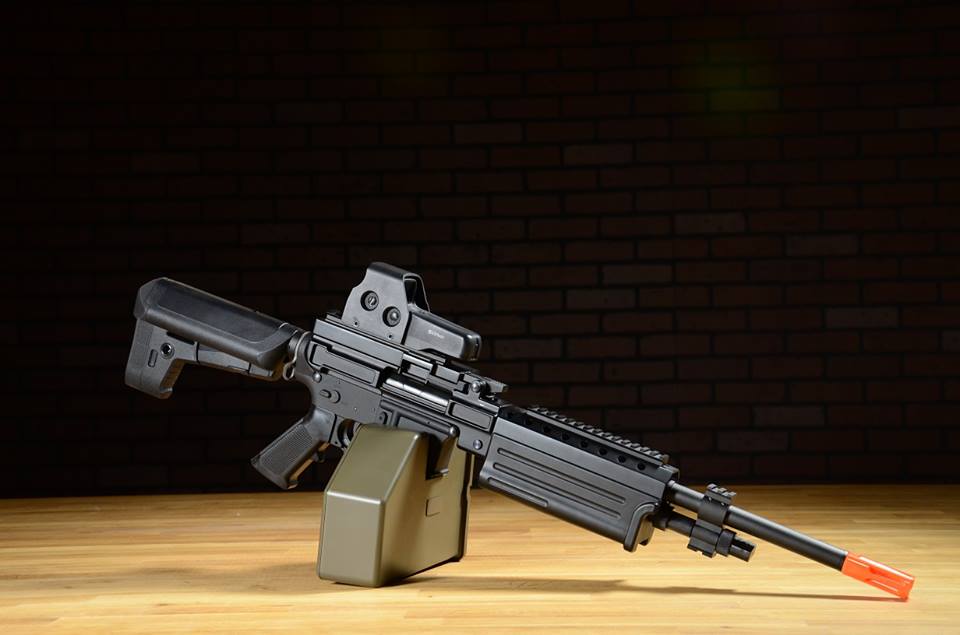 KRISS Arms made serious waves at the 2014 SHOT Show in Las Vegas when they unveiled their KRYTAC airsoft brand, as well as their “Trident” line of AEGs. The wall on the show floor had a whole array of airsoft gun models – from big to small. One of them that caught my eye was the KRYTAC Trident LMG. The Trident LMG models itself after a real world support weapon that fires 5.56mm rounds – meaning that it is lighter and more maneuverable than their heavier, more-traditional “SAW” brethren. Of course, this smaller round also means less stopping power, but this is airsoft – real world caliber makes no difference.

What does make a difference is weight. Running around all day with an airsoft gun in your hands can get tiring – especially if you are using a SAW replica airsoft gun. They can weigh up to 20 lbs or more. The Trident LMG promised lighter weight as well as increased reliability thanks to the custom gearbox KRYTAC was touting. 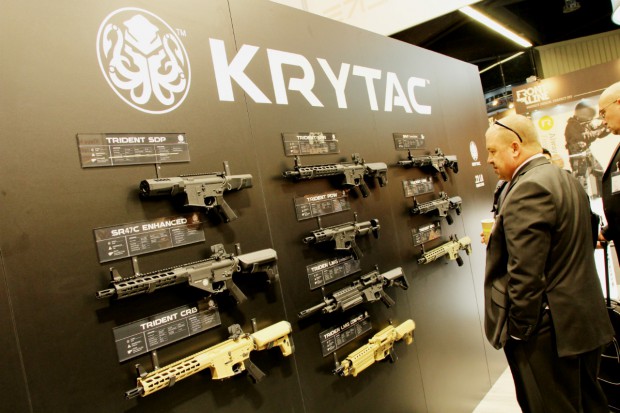 The first shipment of KRYTAC Trident LMGs were sold out pretty much before they even hit US shores with pre-orders going through the roof on popular airsoft retailers like AirsoftGI.com. We were lucky enough to snag one of the second wave which hit Evike.com and couldn’t be happier with it.

In terms of sheer performance data, the KRYTAC Trident LMG doesn’t disappoint, averaging 385 FPS in our tests using .20G BBs. With an 11.1V LiPo battery, we read an average rate of fire of 22 rounds per second. Speaking of batteries, the KRYTAC Trident stock gives you a lot of options in terms of battery types. Additionally, this AEG comes with a built-in MOSFET unit, so feel free to run those 11.1V LiPo batteries without fear. As an aside, the KRYTAC stock is beautiful and ours had next to no wobble in it. Also, I love the latch system on the butt stock – it allows for easy access to the battery compartment without having to pull out a screwdriver.

Internally, the KRYTAC Trident LMG uses the same KRYTAC gearbox being used in the other AEGs of the Trident line – that is to say, it is a rugged beast of a gearbox. With reinforced shell and quick-change spring, it should last you for a long, long time without having to be opened up and tweaked. A steel gearset, ported piston head, padded cylinder head, one-piece sector gear, and an internal MOSFET are just a “few” of the features you’ll find within. Overall, this is one terrific gearbox and I hope that KRYTAC will eventually sell it solo so it can be dropped into other designs. 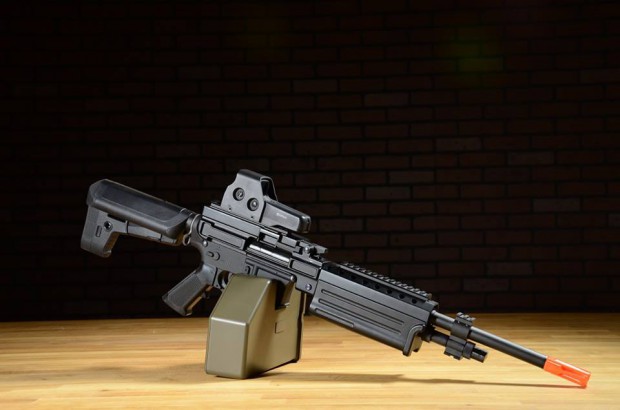 The biggest issue I encountered while using the KRYTAC Trident LMG is that its box magazine does not sit tightly in the AEG’s magazine well. There is a bit of wobble to it and, especially when fully loaded, is fairly noticeable. I managed to stabilize the box magazine by wrapping the insertion point with some electrical tape, but it’s not an ideal solution and still wobbles a little. Also, when playing in semi-automatic fire only games (encountered a lot at HSP), I noticed that the motor definitely heated up a bit after a lot of shooting. This isn’t a huge deal and is actually somewhat normal for AEGs when shooting lots of semi-automatic fire, but worth mentioning.

Overall, the KRYTAC Trident LMG is a support gunner’s dream. Not only is it lighter than most SAW type AEGs, but is also features an aggressive look and kick-ass gearbox that is, arguably, the finest version 2 gearbox to be included in a stock AEG. 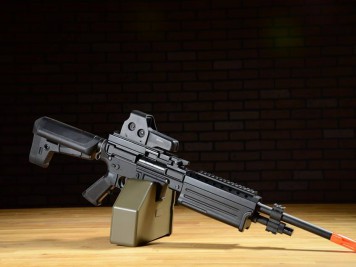 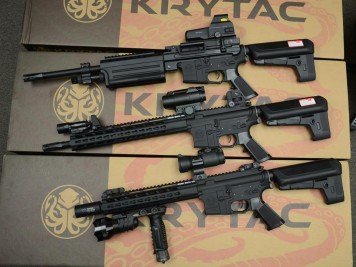