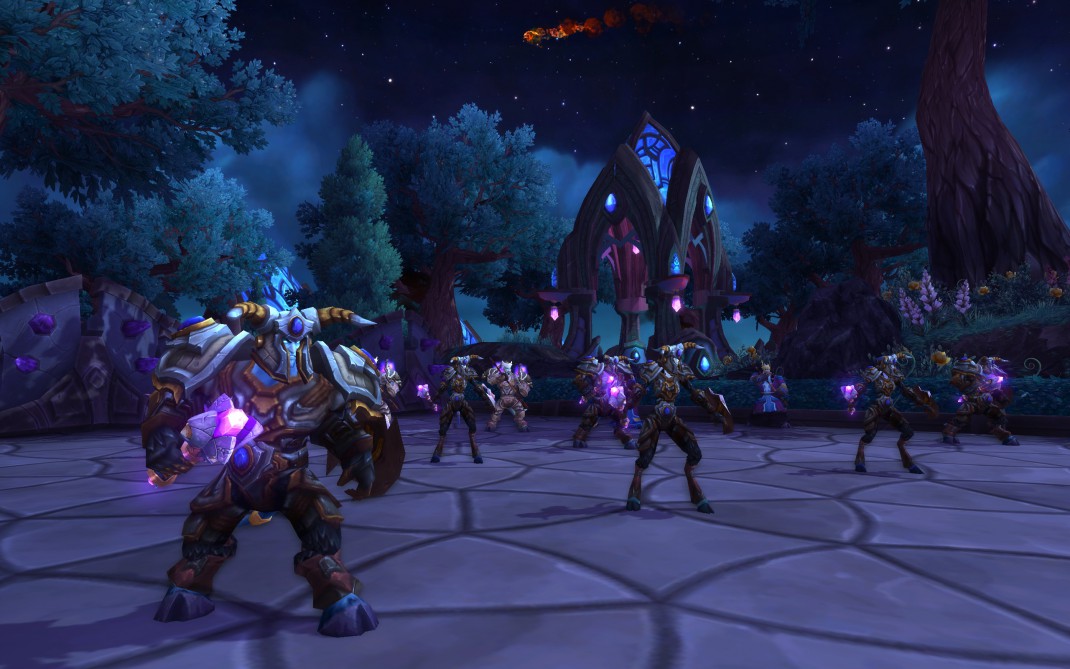 It can be difficult to approach an expansion to a title of such significance as World of Warcraft with an objective eye, given its storied history and ingrained nostalgia. Fond memories of some aspects of the title intermingle with the less interesting moments, and it all becomes a sea of high and low memories that stretch out over the past 10 years. I could let this review devolve into a list of such high and low moments, but this is a review of Warlords of Draenor, and not the content that has come before it. Besides, at this point in time it is clear that everyone involved with the World of Warcraft MMO has strong feelings or opinions one way or another based on their own minimal or extensive time with the game.

That being established, let’s take a look at the Warlords of Draenor expansion, and allow me to share my personal thoughts and feelings on its content and presentation with you. I will start by saying that what immediatly grabbed me and piqued my interest was the setting. Returning to what was one of my favorite locations (the Outlands from The Burning Crusade expansion) created a much higher level of interest than any ancient world-shattering dragon or mist-shrouded island could have. Combine that with a return to a more traditional “Orcs vs. Humans” vibe, and an uncharted old version of Draenor ripe for settling and exploring, and they had me. The return to a location from the past that was as beloved as Outlands was (I’m sure) no accident, and even though the time-travel silliness required to achieve this is a bit trite (I am still unsure if I am in the past, or the present but an alternate reality?) I can suspend my requirement for this to make absolute sense and simply enjoy the ride. After all, it worked with Star Trek and Star Trek Into Darkness…

This expansion begins with your character being summoned to the site of the Dark Portal, as Orcs from Draenor have begun clamoring through the rift into Azeroth yet again (though this time mostly free of Demonic influence). After entering the portal with a strike team of Alliance and Horde figures, a brief introductory series of quests takes place in a phased section of Draenor. After completing this introduction (and stranding your armies in the alternate timescape of Draenor) you join up with the Frostwolf Clan (sorry Alliance players, I roll Horde) and establish a base in their home territory of Frostfire Ridge. From here, you establish a base of operations – a new major feature of the expansion known as your Garrison – and begin to explore the wild regions of Draenor while fortifying your base and growing it as you level towards the new cap of 100. 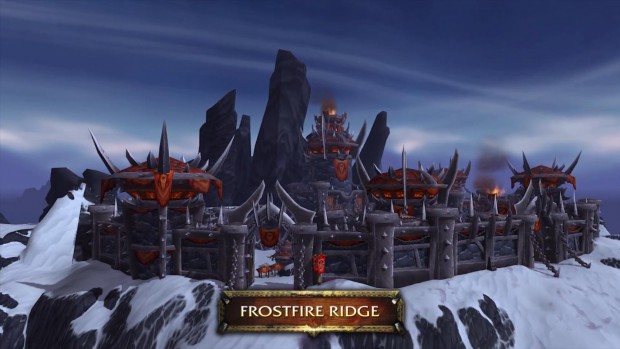 Two key moments from this opening sequence left me drawn deeper into the title than I have been for multiple expansions now, and I would be remiss to not point these out before moving on to discuss the broader features and experiences. One of the more interesting things done in this opening to the game is the use of Borderlands-style introductions to all of the villains of the Iron Horde (the united Orc Tribes occupying Draenor). This was done extremely well, and made me look forward to encountering and defeating characters such as Kargath Bladefist, Kilrogg, and Blackhand later in my journeys. The second key moment involved the establishment of your Garrison and subsequent questing to strengthen and grow it. This immediately gave me a more overarching goal to my questing than is typical, and made me want to keep pressing on to expand my base and reach.

My journey from 90 to 100 was filled with moments of awe and wonder. The lush graphics of the zones of Draenor left me constantly swinging my camera around wildly, trying to gain better perspectives on the alien moons and skylines and terrain features. It can be very hard to believe this game is 10 years old when visual fidelity is this polished, and what they lack in pure polygons they more than make up for in detailed touches and beautiful artful color usage. The enhanced character models and animations are also quite well done, and work to make the game feel pretty modern overall. Sound and Music are generally an area that can be difficult to say much about, especially when done well enough to feel seamlessly integrated and “good”. I have to make special mention of the music in this expansion however, as for me it was some of the very best music I have heard from the title. There seemed to be a huge variety of styles, which came and went effortlessly and at appropriate moments throughout. In some places, music from the original Outlands was used, and served to ignite nostalgic feelings in familiar locales (in the way Metroid Prime’s usage of melodies from older Metroid titles was explored). The pure variety of musical styles served to foster and enhance the feeling of this world being remote, uncharted, and alien. Soft quiet tracks and frantic upbeat tracks are used at all the proper moments, and I am transported back to the days of Warcraft 2 and 3.

Do yourself a favor – if you are a gamer that typically turns game music off and replaces it with your own Spotify mixes or Pandora stations instead, just don’t this time around. Crank up that game music, and get yourself a decent pair of headphones – the experience will be well worth it.

Moving on to the meat of the expansion, we find tried-and-true questing and phasing integrated perfectly into the Garrison experience. The setup scenario of being in this remote land, establishing a base, and then questing to improve your skills as well as the skills of your followers is a superb play experience, and the use of a base from the Warcraft RTS days as a form of “player housing” for this title works exceptionally well. I found myself striving to explore deeper into the lands beyond, to see the sights, conquer the challenges that surely await, and fortify my base of operations. The entire package plays great and feels highly polished (minor bugs, but nothing of any real consequence). Opening day crowds and server issues were quickly resolved (2-3 days of wait times, with a refund of 5 days to all accounts in my experience), and the game has been running well since these issues were abated.

After exploring the various zones and storylines contained within and reaching the new level cap of 100, a sense of sadness that it was over briefly hit me, but was replaced by excitement as I quickly started to realize just how much there was still to explore and do. Level cap this time around serves more as an end to your Garrison training and the start of your domination of the Iron Horde. Areas of various zones filled with cap level mobs and rare spawns serve as a method to acquire gear upgrades, and additional dungeon unlocks allow the player to start to experience the group content of the expansion. A few of the more inspired and interesting dungeons involve riding a fast-moving train, killing enemies as you move between train cars, and a dungeon high in the peaks of Arak, the final boss of which summons birds to attempt to drag you and your companions off the edge and to a grisly death on the rocks below. Your Garrison at this point has become a living breathing entity of its own, with a constant flurry of activity that will have you enjoying micromanaging the events within and the activities your followers take on. With elements of housing and companion systems seen in other MMO titles, though applied with just the right methodologies, Garrisons stand above the rest as a significant technological and entertaining feat.

With little negative to harp on, I will emphasize that while this is an exceptional expansion, sure to get better as raid content and more future content is introduced, it is still World of Warcraft at its core. Those who may have tired of this style of quest-driven gameplay might not be fully hooked, even with the new spin on things. While I believe that The Burning Crusade was the crowning moment in the game’s history, Warlords of Draenor is proving that at 10 years of age, this old dog still has some bite left, and may be yapping around for another decade to come.