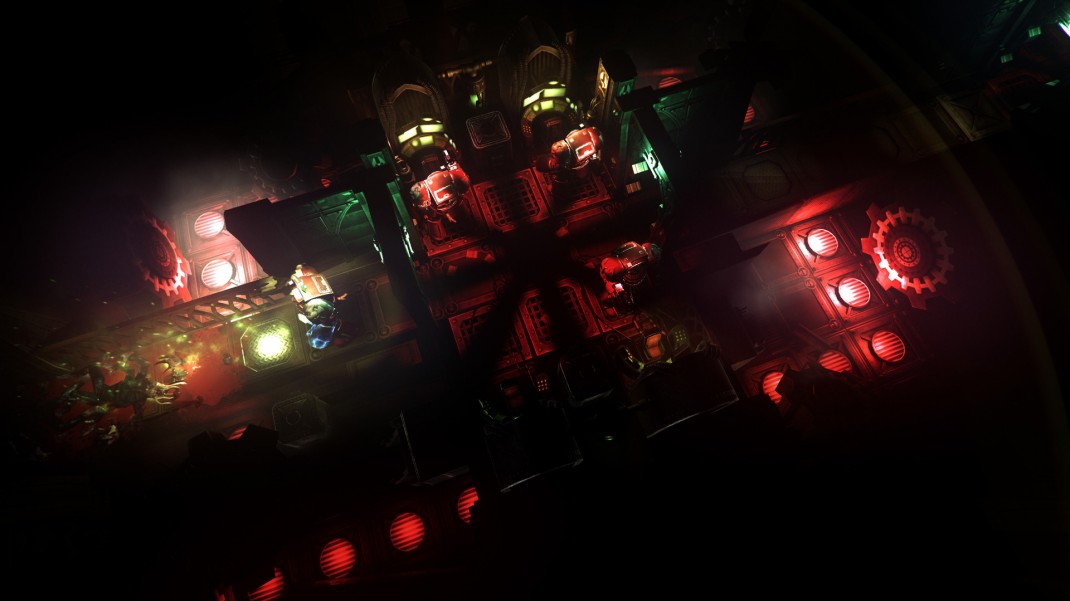 Oh Warhammer 40K, you are to the Sci-Fi community what Dungeons & Dragons was to the Fantasy folks. Both involved great table-top play and little figures that had people scouring hobby stores for ones that resembled their fantasy counterparts. Both had rules that were law to the geeks who considered the games sacred and every new edition was scrutinized and poured over. Both also had video games that tried to capture their gameplay feel with varying degress of success. So, does the Space Hulk Ascension Edition live up to those pewter peopled table top days? Let’s find out.

Set in the isolated corridors and tomb-like chambers of ancient vessels lost in the graveyard of space, players lead a small force of fearless Space Marine Terminators in a ferocious fight for survival against hordes of predatory, alien Genestealers. The standalone sequel to Space Hulk brings an all new and improved single-player experience for the turn-based strategy game.

– Terminator Progression and Customisation: Earn XP during missions and level up attributes and skills, and give your Terminators a personal touch by customising their names, weapon loadout and appearance.

– Campaigns and Missions: 100+ missions spread out over 3 complete campaigns, and all new flash missions. These are opportunistic mini-missions encountered as you explore the deep unknowns of the Space Hulk that can yield a tactical advantage or be a deadly trap.

– Exploration and Discovery: Terminators reveal the layout of the Space Hulk as they venture deep into the darkness.

– Additional Weapons, Tactical Options and Game Rules: Game mechanics have been reworked to make Space Hulk Ascension a true video game experience. Combi-weapons (Combi-Melta, Combi-Plasma and a Combi-Flamer) have been added to the game as well different firing modes like aimed shots and alternate flamer patterns.

– Genestealer Variations: Genestealers with Fleshhook, Feeder Tendril and Acid Maw biomorphs have been added to the game, each with their own special game mechanics. You can also encounter biomorphs with scythes that have multiple attacks or carapace for increased armor. 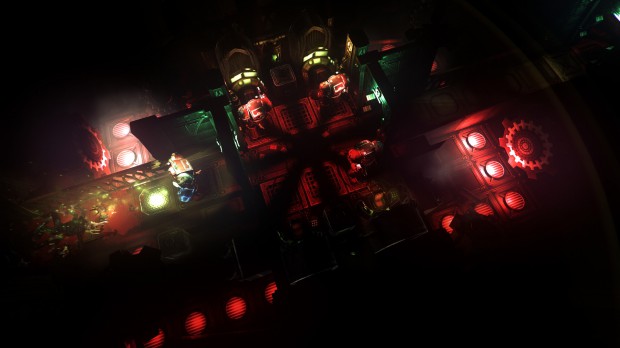 Hands On:
In an attempt to make if feel more like a table-top campaign they went with a turn-based platform which gives you a chance to perform a controlled number of actions and designate the roles of the “Terminators” in your squad. There are pluses and minuses to each movement and attack as well as stats for the characters. Performing an action may give you a 30% chance of hitting your target and you still hit it during “hit roll”. You have area of detection and you only see things if you are facing that way. These make each of the Space Hulks feel like an old school dungeon mapped out on graph paper with dice rolls for perception checks. If one of these “Genestealer” beasties get through your defenses, it might be game over for that poor Brother. Whether he dies and gets replaced or if your team just winds up being a man short all depends on the difficulty of the game. I was reminded me of those DMs who believed in perma-killing your character as opposed to those who let you stumble upon a potion or scroll of resurrection.

Those who pick up the game simply because the like turn-based strategy won’t be disappointed either because you don’t have to be a huge fan of Warhammer 40K to like it. There are solid and nasty enemies, mostly standard turn-based strategy elements, as well as attractive graphics and atmosphere to enjoy.

You can play as one of three styles of fighting factions: Ultramarines (range), Blood Angels (balanced) and Space Wolves (melee) and each one definitely fits its respective play style. Sometimes I want a bit of in your face hack and slash but more often than not when it comes to Sci-Fi games I prefer to see the range damage at work. The tutorial is excellent and highly recommended even to regular players of TBS since there are little differences that the tutorial cue you in to instead of you finding out when the fit hits the shan two thirds of the way through a mission. The campaigns have a nice length to them and the game really has a real replay value in playing through as a different faction. Plus you can assign points differently each time and customize your Terminator to your fancy, just like you used to paint those little figures and choose their stats.

One of my favorite parts of the game is the first person camera that you can have  in the upper corner while you are ordering your Terminators around top down.  You can make the screen go away or make it larger, which is what I do then it really feels like you are watching a feed of your men moving around from a top-down surveillance perspective then their helmet cam in the corner for a grunt’s eye view.  It is addictive, putting in an order in and then watching the first person cam on the men in action as they cut through the enemies with their weapon of your choice.  You can even go infrared all Predator style!

Last Call:
The question, of course, then comes up that asks if Space Hulk Ascension Edition give you the Warhammer 40K experience that you have been craving since the days of your table-top games? That is, unfortunately, based entirely on the player – most of whom have idealized the good old days of playing with a group of friends way into the night – often through a whole weekend. The older the memory, the better it becomes some say and that is probably very true in the case of Warhammer 40K. Those wanting to play a fun, turn-based strategy game with the theme of their favorite table-top game will get a great deal of enjoyment and replay out of Space Hulk Ascension Edition. Those willing to accept that a video game will never be quite the same as a table-top game will have a new favorite to play on their computers.