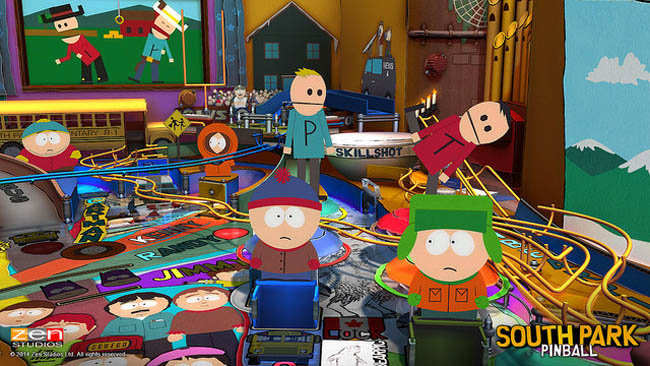 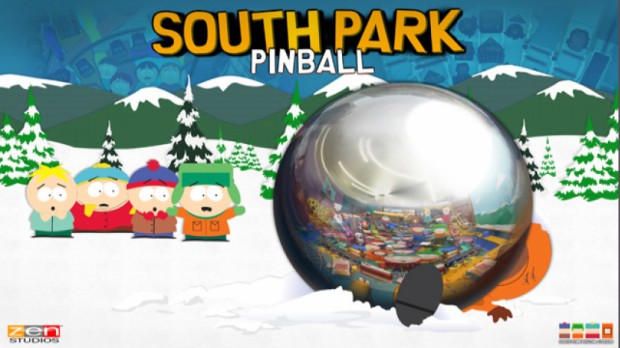 Zen Studios sure makes a mean pinball. No other company has been able to nail down the physics of a shiny little ball the way they have. They have executed this so well that if I find I like it on one system I tend to pick it up on others. Hence, this is a review of Zen Studios South Park Pinball Tables for the iOS, PS3 and Xbox One.

Team up with Cartman, Kyle, Stan and Kenny in this ultimate South Park pinball experience! Let your balls fly with classic South Park moments and characters…even ManBearPig. We’re super cereal. Hey fellas! It’s Butters’ Very Own Pinball Game! Join your favorite 4th-grader in this epic pinball adventure. Take on the Coon & Friends as Professor Chaos, steal the Future Telling Device from the girls, and save Imaginationland as the Chosen One!

Well by the introduction and the number of systems I am reviewing it should be pretty obvious I found the game super sweet guys. First one I tested was the PS3 which I had to give a little dust-off since I hadn’t had a review on it in a while and I mostly play Zen Pinball on the Xbox 360. That being said I kind of like the slightly smaller size of the PS3 controller for the game since it doesn’t require many buttons in the first place, the controls with the iOS were a little too small for great comfort but the portability trade off made it completely worth the purchase. The Xbox One controller is still comfortable and the distance between the flippers and the feedback when you bumped the table gave it the most realistic feel even if they were all about equally realistic in play.

On the topic of realism the ball physics model is spot on as usual and they do things that only video games can do, like completely animating the board – this is totallt unrealistic but a ton of fun. Since it is based on South Park, an animated television series, that makes it even better with the characters spread all over the tables doing silly things that you are used to from the often outrageous show. You can expect Cartman to say “weak dude” when you lose your ball, you can watch Terrance and Phillip fart on each other and the other characters say and do all the things we have come to love them for. To give away too much would be to spoil the fun surprise that will crack you up when you hear or see it. I can say though that you get to hear the theme to South Park the whole time on one table and the Butters’ theme on the other one which is fun to play in the background even when taking a break from the game. Also there is a Mr. Hanky multiball, yeah they went there.

The South Park table is a long table with about a medium complication to it while the Butters table is a little longer table with a classic, simpler design that goes well with Butters and his simpler look at life. There are tons of sound clips from the series all through both tables. While Zen Studios hasn’t put out a bad table that I have played yet – there just seems a little extra magic playing with these characters.

The only complaint I would have is that there are only two tables instead of the four or five that often come out in a set but the price is reduced to reflect the lack of tables at least. I really couldn’t get enough on the subject matter anyways. 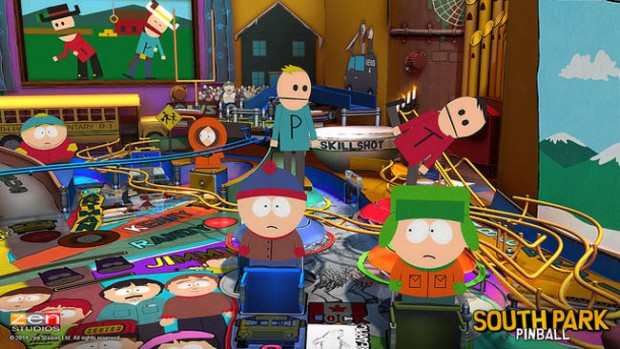 Last Call:
South Park Pinball Pack from Zen Studios is an amazing mesh of great pinball physics with South Park hilarity. I can play the tables over and over again, so much so that I have it on iOS so I can play it on the go, PS3 in case I want to play it between Destiny sessions, and Xbox One for when I am taking a break from from pretty much everything else I am playing or watching. Now that I have my PS4 sitting next to me in the box you can bet that will be next on my Zen Pinball downloads and the South Park tables will probably not be far behind…