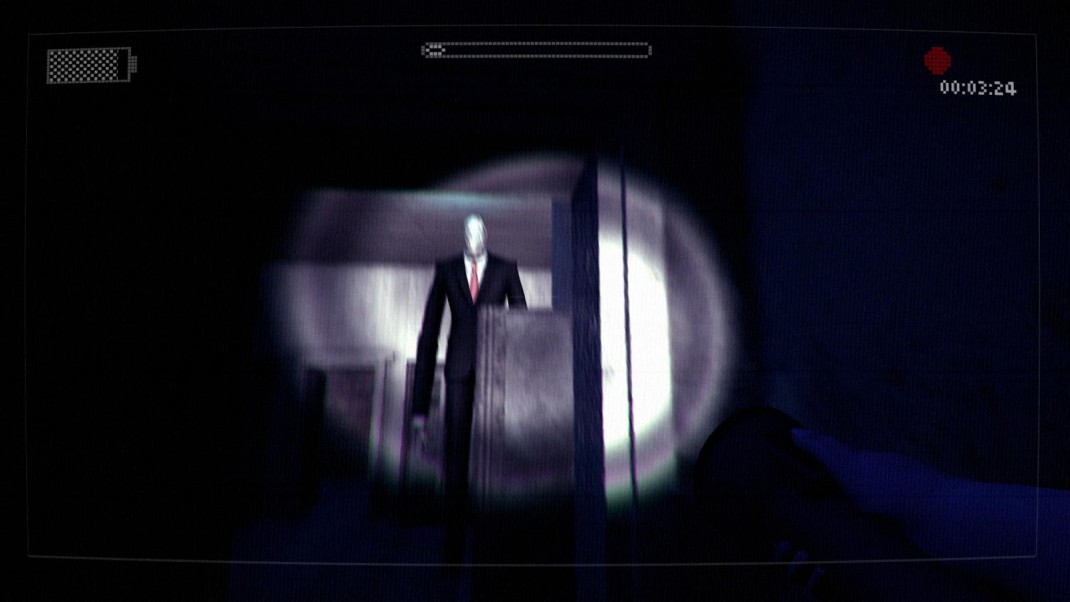 This has been a controversial title recently primarily because of how deep people have bought into this urban legend. Created not that long ago as part of a website contest, Slender Man quickly caught on in nightmarish art and self creating folklore that has resulted in Slender: The Arrival, a title that is easy to get lost in and freaked out by.

Description:
You’re on your own. No one to come for you. No one to help you. No one to hear you scream. Slender: The Arrival is the official re-imagining and expansion of the original game created by Mark Hadley, teamed up with the writers behind the Marble Hornets series and the development team at Blue Isle Studios. The Arrival features a brand new storyline, improved visuals, great replay value, and most importantly, survival horror at its best.

Hands On:
Technically the game can be played through in 45 minutes. The only reason I know this is because one of the XBox achievements is to do that very thing, with some achievements for completing levels in 5 minutes or less. I could see doing this in replay of the game but if you are a true fan of the genre this is counter to all it stands for. This is a game you crank up the sound, turn off all the lights, and sit in the middle of a fairly empty room. The opening tells you to remember times when you felt isolated and alone, draw upon that apprehension and fear. So sit back, forget the clock and try to forget it is just a game.

The core of this game is an Xbox indie title that came out a few years ago and scared the crap out of people. It was pretty short with a premise more than a story but it captured people’s imaginations so well that they added a couple levels and a real storyline, then released it on the PC. The title has finally traveled back to its roots on the Xbox 360 and at the same price the shorter game used to be.

Without giving away the story the game really does a great job of making forget you are safely sitting in a room. It uses moments of daylight that dwindle away to lull you into a false sense of security so that you don’t know when the Slender Man is going to start following or ambushing you. It gives you sounds of nature and does an excellent job of creating the sounds of footsteps and overlapping them with those of others who might be after you. The music works subtly to build your anxiety then hits you full force when the Slender Man or one of his friends is close and about to get you.

I go to haunted attractions all Halloween season and I occasionally get caught by a startle scare but I have a hard time with the suspension of disbelief. This game however does an excellent job of getting me to by in and look forward to the next scare. That is not an easy trick so this game scores solidly with me for that alone.

There were some weird glitches and issues that pulled me out on occasion though, particularly one level which was plenty creepy and challenging until different bugs presented themselves and made the level impossible. I went online checking for a patch for the problem and found that this level is buggy in many different ways and there is no repair, just restart the game and hope the next bug is in your favor. That was a bit of a downer and caused me to play the level for hours longer than was fun, once past it the game got fun again, just took a bit of time to get re-immersed. It is a big blemish of an otherwise great game.

Last Page:
Slender: The Arrival is a great expansion on the original game the breathes even more life and explanation into an already creepy modern urban legend. It is just a game, when not playing it this is important to remember, but while sitting alone in a room, in the dark, just you and your controller and the sound cranked to startling levels, Slender: The Arrival is a great place to get lost in.