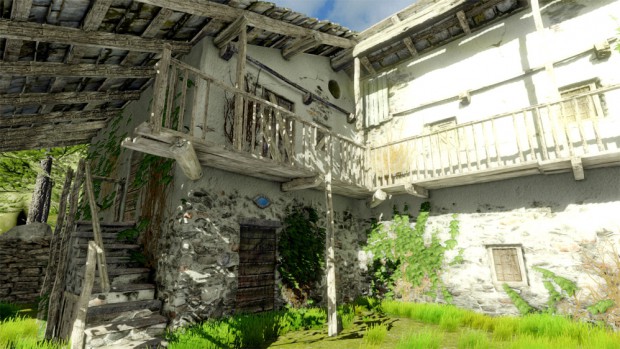 I love survival horror games and am a huge haunted house enthusiast. Unfortunately for me, I have been at it so long that it is hard to give me a genuine scare. So survival horror is generally where I get my rush – locked in a room by myself, sound cranked, lights out, the witching hour. It’s just me and my controller or keyboard against whatever I have to survive. My pulse gets racing, I jump, sometimes even yell out as I try to get the character on the screen to safety. Survival horror games provide something that haunted houses rarely do: The possibility that the character you are portraying may actually get hurt, even killed. So when a creepy little title called Anna: Extended Edition came along I was more than game for it. 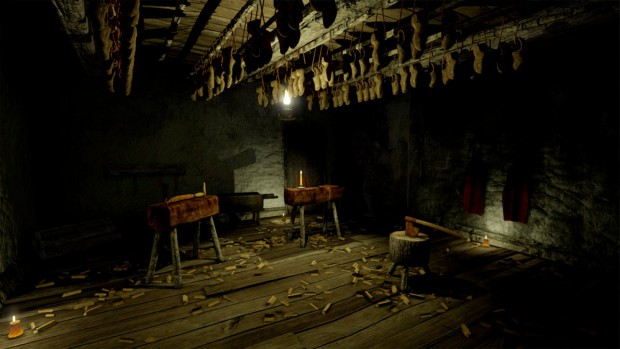 Hands On:
Creepy atmosphere is a huge thing when it comes to survival horror games. These games have to keep you on edge and wondering when something could jump out and attack/eat/claw/etc you. It’s good to have puzzle aspects scattered throughout the game but if it gets too much about solving things, it can take away from the feel of danger. Truly, the horror vs. puzzle aspect can be a very fine line to walk.

When Kalypso first released Anna it got a lot of mixed reviews. Some people enjoyed the atmosphere but thought the AI was a bit dumb, the puzzles too few and too easy. Something I always gave Kalypso credit for is that they really listen to what players have to say and take thousands of opinions into account to improve their games. When I got to meet most of the Kalypso team at an event in San Francisco, I got the feeling that these were people that love video games and the gaming industry. If you tell them there is a problem they will do their best to fix it, they get that it’s about what the gamers want.

So having read what one of our team said about Anna when it first came out I was excited about the new possibilities. The game sounded pretty good from his opinion and Kalypso had gone in and made a whole bunch of changes, it should now be great. I went in with high hopes.

First off they nailed the atmosphere completely. The outside of the old sawmill felt desolate yet beautiful at the same time, like it was tucked in some gorgeous valley away from everything. The creek running past sounded like a real creak and got louder as you approached, the sound of the birds and nature were soothing. Knowing things would get creepy once I got inside I first just basked in the peaceful setting then went about trying to figure out how to get in. This basically involved wandering around, noting what I could and could not interact with and noticing the clues the interaction provided. An example would be “this door would probably open from the inside” which lets you know you need to try another possible entrance. You collect items you find lying around, try to find a use for them or try to figure out how to combine them in your inventory to make something new. At first you get some hints at this and a bit of deduction gets you there but after a while you are left to your wits and a bit of luck. 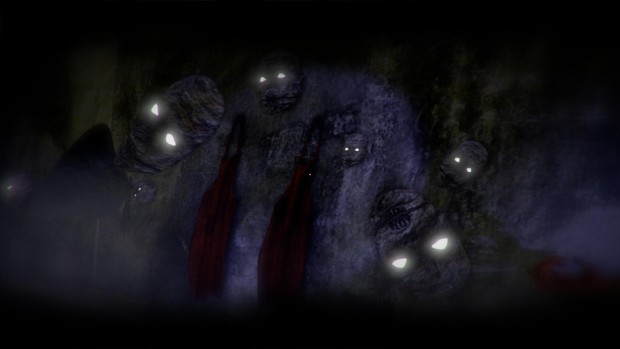 When you do get inside, the atmosphere immediately shifts to the ominous side of things. Candles or cracks and holes in the wall provide very dim light for you to navigate by. You start picking up items and figuring out how to open items and this becomes so all consuming that it does seem to pull you away from the atmosphere and general creep factor. I ended up paying less attention to the whispering voices that haunt the place.  That might be where some of the game goes a bit wrong, there are tons of puzzles to solve which makes the game longer and harder but also nothing seems particularity threatening through most of the game. It is easy to get caught up in a stuck spot in the puzzle solving so that when the game gives you another bit of story you have to stop and remember the information you got before.  There is also no sense of urgency or danger even though here are plenty of startles to be had, which are always welcome. For the most part the startle happens, then you go about your puzzle business again.

There is a creepy little storyline that develops as you work your way through the puzzles, little hauntings and bits of writing tell a strange and a bit confusing story that, in the end, takes some effort to pay attention to because of the puzzle solving. You need to have your thinking cap on when playing this game, not just for the puzzles but also for the story, which has three different endings. The more you learn and know the more enriched the ending will be, pushing you to keep moving through the puzzles and trying to flesh out as much as you can. 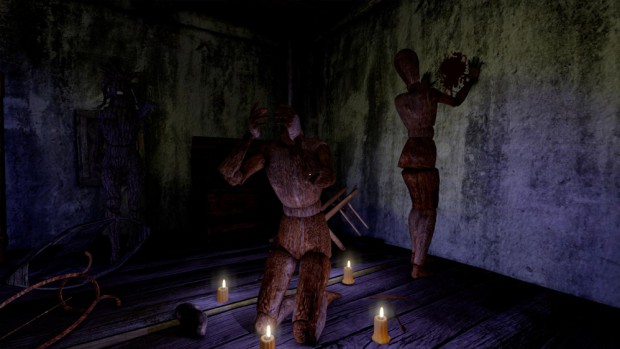 The only real problem I noticed was the controls seemed to have been directly ported from the PC version which when using your mouse allows you to make fine movements to pick items up. With the controller you sometimes have to shift your view and slowly tap your sticks back and forth hoping the right nudge with land on the item and allow you to finally pick it up.

Last Call:
Anna: Extended Edition is a creepy, atmospheric puzzler with a few startles to be had. If you really allow yourself to dive into the game and not get too distracted by the puzzles this can be a rich experience – especially with three different endings. I would even suggest replaying once you get the hang of the puzzles not just for the multiple endings but so that you can experience the creepy story that gets a little lost in the gameplay during the first play through.