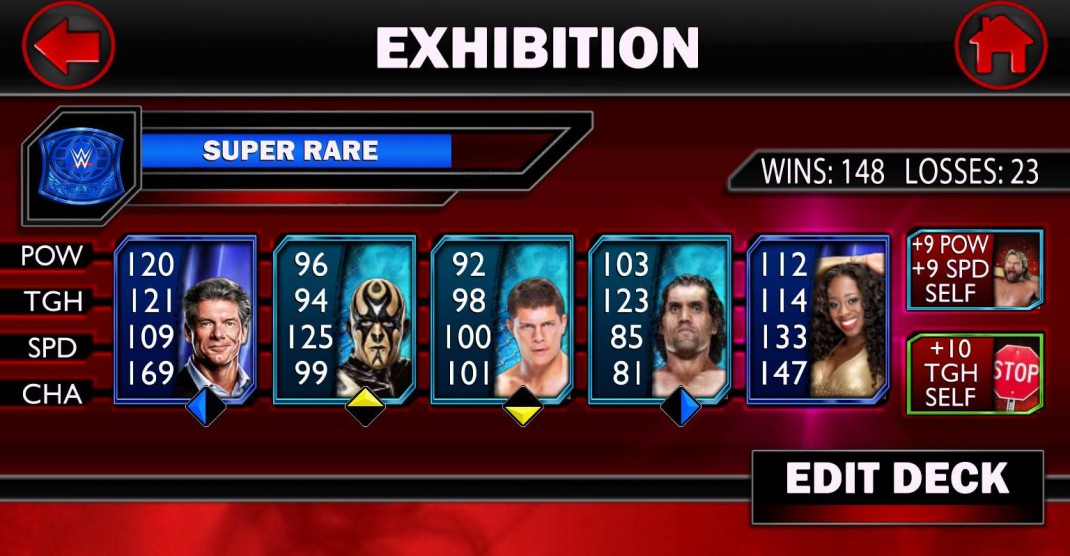 WWE SuperCard Has Over 1.5 Million Downloads in First Week 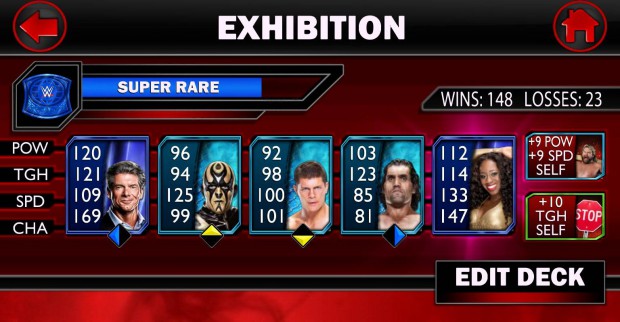 New York, NY – August 25, 2014 – 2K today announced the larger-than-life, action-packed collectible card game, WWE® SuperCard, was downloaded more than 1.5 million times during its first week of release. With an average rating of 4.5/5 stars on the App Store for iOS devices, as well as 4/5 stars on Google Play, WWE SuperCard has quickly cemented its position as the most successful WWE-branded casual game to have ever been launched by 2K or WWE for mobile devices.

“In less than one week, WWE SuperCard broke 2K’s records and became one of the Company’s most popular free-to-play games to date,” said Chris Snyder, Vice President of Marketing at 2K. “WWE SuperCard is a fun, engaging and addictive game for mobile game enthusiasts, WWE fans and card collectors alike, bringing the larger-than-life action of WWE straight to their mobile devices to engage with at home or on-the-go.”

WWE SuperCard challenges players to build teams of WWE Superstars, Divas and Legends, train them to their full potential, battle in various match types and test their luck in high stakes tournament action. Featuring more than 400 cards in active play, with each card representing one of seven different rarity levels, WWE SuperCard delivers an extensive array of collectible content with high replay value. In addition, WWE SuperCard enables players to enhance their experience through the purchase of individual card packs.

Developed by Cat Daddy Games in conjunction with Visual Concepts, both 2K studios, WWE SuperCardis available now for download on the App Store for iOS devices, including the iPhone®, iPad® and iPod touch®, as well as the Google Play Store and Amazon Appstore for Android™ devices.  2K also announced that they will be supporting the title post-launch, continually expanding upon the WWE SuperCard universe with roster updates, and enabling players to routinely discover new cards to add to their roster.