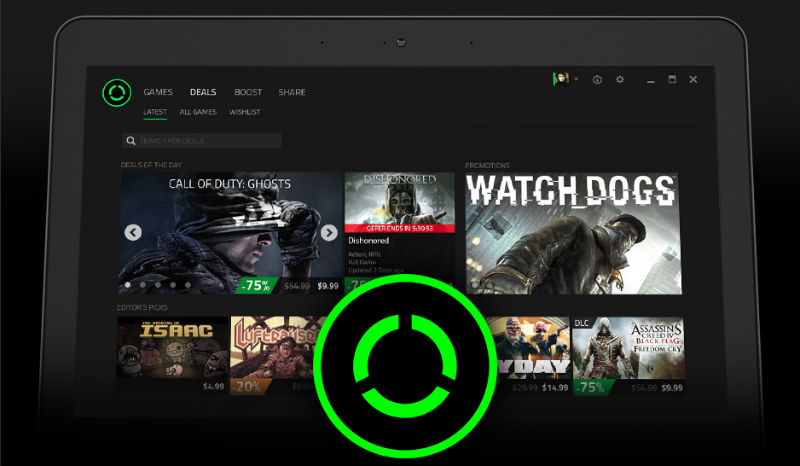 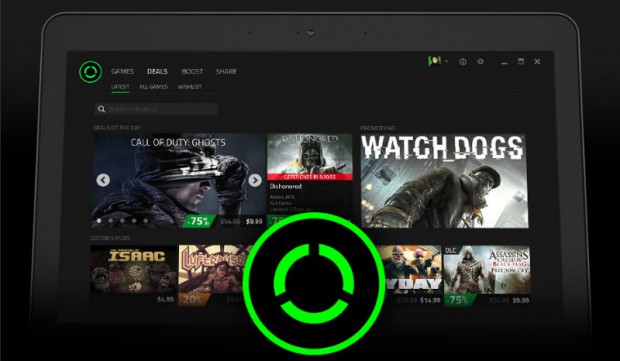 CARLSBAD, Calif. – Razer™, the world leader in entertainment devices and software, today announced a new platform to its suite of software products: Razer Cortex, a free software gaming application from which players can discover new game titles at the lowest prices, launch their games while boosting computer performance, back up save games and record in-game footage. Razer Cortex features include:

Razer Cortex: Deals compares prices across the most popular downloadable game stores on a simple-to-use interface that highlights the best price and allows users to create Wish Lists where they receive notifications whenever the games on their lists drop in price or appear in a store’s deals.

Razer Cortex: Deals also includes a predictive function that suggests other games that users might enjoy based on their gaming activity.

Razer’s 10 million global users will get a competitive edge on the best deals across their favorite stores such as Amazon, Gamersgate, Gamestop, GOG.com, Green Man Gaming, Steam and Origin, with more to come.

“Our goal is to make games as accessible as possible to the Razer gaming community,” says Min-Liang Tan, Razer co-Founder, CEO and creative director. “By pointing gamers to the best options for their wallets without wasting valuable time digging through different stores, they can squeeze more gaming juice out of their budgets. With a solution like Deals, we’re doing our part in providing a much needed dose of transparency to the gaming industry, while enabling our players to focus on gaming.”

From the 25th August to the launch of Razer Cortex on the 10th September, Razer is holding a two week long early access event where users can sign up with their Razer ID to join a queue. Participants will be progressively given access to test server performance for the upcoming launch.

Anyone with a Razer ID is free to join at

About Razer Cortex: Razer Cortex is a performance enhancing game launcher that acts as the nerve center of a player’s entire gaming experience. With Razer Cortex users can easily discover new games at their lowest prices, boost the gaming performance of their PCs, back up saved games to the cloud and record in-game footage.

For more information on Razer Cortex and its array of features, please visitwww.razerzone.com/cortex/