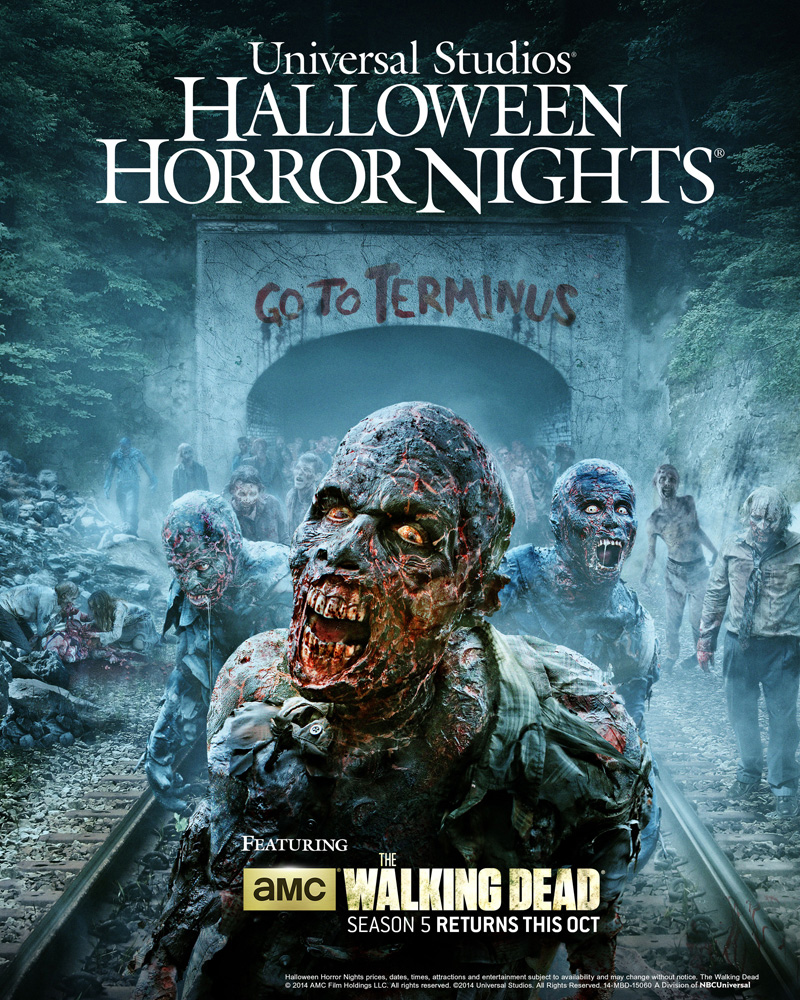 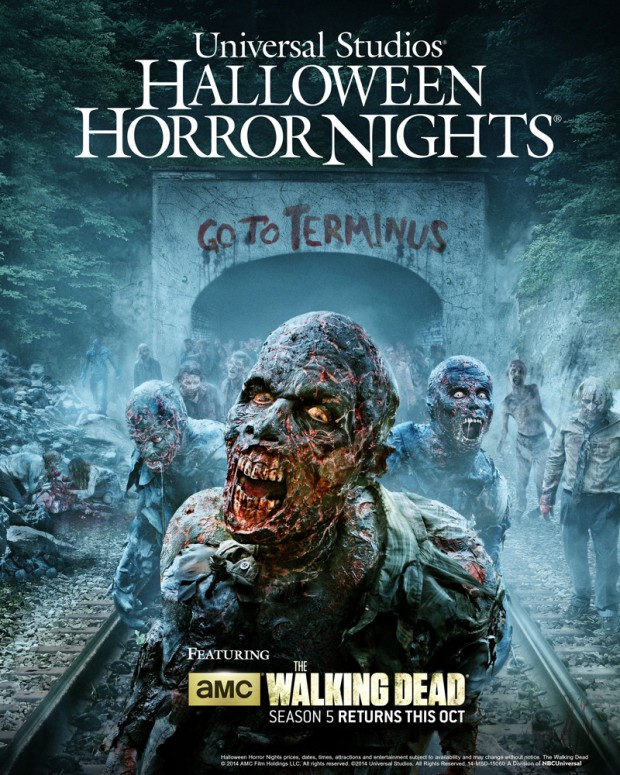 Universal City, CA, August 19, 2014—Tickets are now on sale for “Halloween Horror Nights” at Universal Studios Hollywood as Southern California’s leading Halloween event becomes “More Dead Than Ever,” expanding to 22 select nights with more mazes than ever, from Friday, September 19 through Sunday, November 2, 2014.

Tickets to this year’s event are available for purchase at www.HalloweenHorrorNights.com/hollywood, including a Front of Line ticket option that enables guests to enjoy priority access at each “Halloween Horror Nights” maze, Terror Tram and theme park attraction.  Advance purchase is recommended as event nights will sell out.

“As the movie studio that invented the horror film genre, we hold ourselves to a very high standard in producing the best and most terrifying Halloween experience,” said John Murdy, Creative Director at Universal Studios Hollywood and Executive Producer of “Halloween Horror Nights.”  “Our ongoing collaboration with today’s most influential filmmakers and musicians, and movie and television horror properties, contributes to the authenticity of ‘Halloween Horror Nights’ and delivers one of the scariest, most compelling experiences anywhere.  This year will be ‘More Dead Than Ever’ with more event nights and even more mazes, and we can’t wait.”

“Halloween Horror Nights” 2014 will feature a slate of all-new haunted attractions including, “The Walking Dead: The End of the Line,” inspired by Season 4 of AMC’s Golden Globe®-nominated and Emmy® Award-winning TV series. The bone-chilling maze will place guests at the heart of a harrowing journey to seek sanctuary at Terminus, an elusive destination that promises community for all.  Mirroring the terror that befell the residents of the West Georgia Correctional Facility, now overrun by savage walkers, the experience will send guests fleeing from the fallen prison into unknown territory as they stage a desperate battle for survival against flesh-eating walkers and ruthless humans.

The engrossing television series will seep into other parts of Universal’s backlot with predatory walkers prowling the secluded wooded areas of the movie studio. “Terror Tram:  Invaded by the Walking Dead” will take guests down the daunting path to Terminus, interspersed with landmarks and walkers from Season 4, including the “burned moonshine cabin,” “charred walkers” and “mud walkers.”

Filmmaker Robert Rodriguez’s cult film and El Rey network’s acclaimed supernatural TV series, “From Dusk Till Dawn,” will debut at this year’s event in a new maze designed to thrust guests into its deviant world where they will encounter sordid mythological creatures known as “Culebras,” serpent-like vampires who have tormented the Earth for centuries.

Celebrated Grammy® Award-winning musician, SLASH, hailed as one of the 10 best electric guitar players of all time by Time magazine, is joining forces with Universal Studios Hollywood to compose the first-ever original score for the theme park’s hypnotizing new 3D maze, “Clowns 3D Music by SLASH.”

Other marquee mazes will include, “Dracula Untold:  Reign of Blood,” a terrifying new haunted attraction based on Universal Pictures’ upcoming epic action-adventure; “AVP: Alien vs. Predator,” bringing together the most deadly species spawned from two blockbuster films; “An American Werewolf in London,” inspired by Universal Pictures’ Academy Award®-winning film, and “Face Off:  In the Flesh,” featuring gruesome characters from Syfy’s hit TV series.

A series of unnerving scare zones will also infiltrate “Halloween Horror Nights,” terrorizing guests as they navigate the darkness from one terrifying maze to another, beginning with “The Purge:  Anarchy,” inspired by Universal Pictures’ disturbing blockbuster thriller. “The Walking Dead: Welcome to Terminus” will awaken swarms of predatory walkers in a gruesome scare zone situated adjacent to the new “The Walking Dead” maze.

Additional scare zones will include, “Mask-a-Raid,” featuring hordes of blood thirsty cannibals masquerading as French aristocrats; “Dark Christmas,” a Pagan-themed area where demonic creatures hunt disobedient children and drag them to hell; and “Skullz,” based on the Native American legend of Wendigo, a malevolent supernatural half-beast monster with an insatiable appetite for human flesh.

As a complement to the nighttime event, Universal’s most popular rides and attractions will also be open to guests, including” Transformers:  The Ride-3D,” “Jurassic Park—In the Dark,” “The Simpsons Ride” and “Revenge of the Mummy—The Ride.”