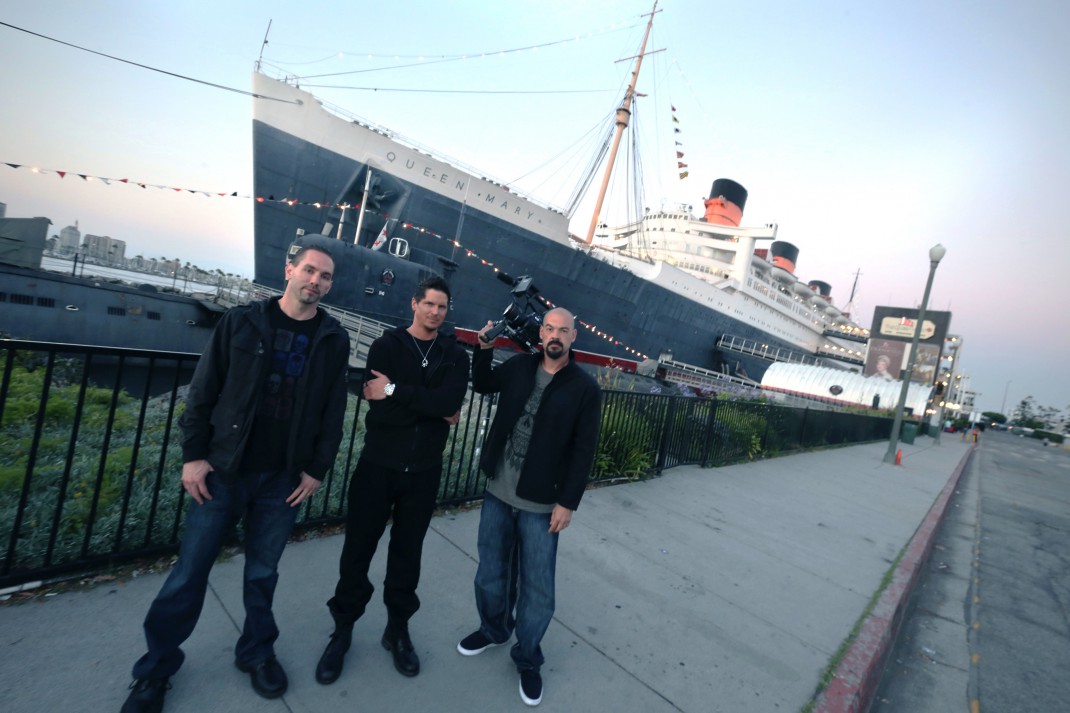 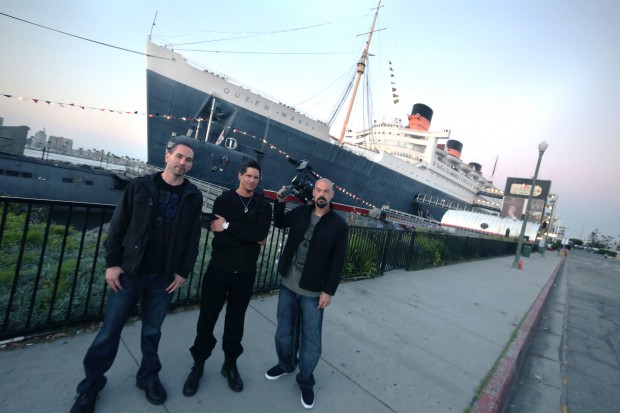 CHEVY CHASE, MD (August 19, 2014) – Get ready to lockdown your October. Zak Bagans, Nick Groff and Aaron Goodwin – the seasoned experts who have become synonymous with paranormal investigations – return for a brand-new season of Travel Channel’s “Ghost Adventures” on Saturday, October 4 at 9:00 p.m. ET/PT. This season launches with lockdown investigations in five iconic locations airing throughout the month of October, including a two-hour Halloween special which investigates the ancient Celtic demons that make up the country’s haunted Halloween history. Season ten is comprised of thirteen hour-long episodes and one two-hour special.

“We’re going big this season,” said Zak Bagans, lead investigator. “From the massive Queen Mary ship in California to Ireland’s Leap Castle and Mexico’s Island of the Dolls, each location is embedded with layers of paranormal activity to explore. As Nick, Aaron and I dig deeper to capture compelling evidence, we’re instituting a variety of new investigation tactics, experiments and equipment.”

In the season premiere, the investigative trio climb aboard the legendary ocean liner Queen Mary, now permanently docked in Long Beach, Calif. and considered to be one of the most haunted places in the world. Not long after the ship’s maiden voyage in 1936, it was put into military service. Tragedy surrounded the ship – nicknamed the “Gray Ghost” – until 1967 when it dropped anchor for good and became a hotel, still in operation today. Weighing more than 81,000 tons and over three football fields in length, the Queen Mary’s haunted history is as large and looming as the ship itself. With reports of multiple apparitions and voices – including that of a former crewman and little girl – the trio prepares for a powerful investigation. They first conduct a séance to channel the spirit of world renowned psychic and paranormal pioneer Peter James, who used the ship as basecamp for his studies and captured EVPs (electronic voice phenomena) of the little girl named “Jackie.”  Inviting EVP specialist Debbie Constantino on the lockdown, the team splits up to investigate the massive ship and are immediately confronted with disembodied voices, intelligent responses, light anomalies and a figure that will give chills to even the greatest of skeptics.

Additional locations featured this season include:

Lemp Mansion has been voted one of the top ten most haunted locations in America.  This house holds the ghosts of a dynastic family whose members went from rags to riches to madness and horrible death.

Darren Evens claims a terrifying demon named “Zozo” entered his life through a Ouija board at his Hudson Avenue home in Oklahoma City. Seemingly a global phenomenon, “Zozo” has made Evens life so unbearable that he fled the home and hasn’t been back since.

Near the dark and creepy canals of Xochimico, Mexico sits what might be the world’s strangest and scariest tourist attraction: the Island of the Dolls (Isla de las Munecas), also home to a sinister – and haunted – mystery.

The roots of Halloween date back to 500 B.C. in the world’s Celtic region. Rich with haunted history, Ireland’s Leap Castle, Hell Fire Club and Loftus Hall are still believed to be infested by vengeful ghosts, banshees and other satanic elements.

STEP INSIDE THE “GHOST ADVENTURES FAN LAIR” ON TRAVELCHANNEL.COM

Get more “Ghost Adventures” at TravelChannel.com (www.travelchannel.com/tv-shows/ghost-adventures). The “Ghost Adventures Fan Lair” returns September 26th – interact with fellow fans, explore fan photos on the ‘haunted’ Instagram wall, catch up on the latest “Ghost Adventures” chatter via a Facebook and Twitter stream, and more.  On Friday, October 31, TravelChannel.com will host a Google Hangout with Aaron Goodwin and Jeff Belanger (“Ghost Adventures” researcher, author and paranormal expert) immediately following the two-hour Halloween special. Additional web elements includes video extras from each episode, photos, video blogs, travel guides for each location – including Ireland’s iconic and haunted locations, the most haunted places in the world, a ‘Which GA Guy Are You?’ quiz, full length episodes and more. Check out “Ghost Adventures” on Tumblr and Facebook and follow@GhostAdventures and #GhostAdventures on Twitter for more exclusive updates and content.

TRAVEL CHANNEL (http://www.travelchannel.com) is a multiplatform travel lifestyle brand with the core mission of providing inspiring and compelling programming that takes viewers beyond their everyday destinations, making the unfamiliar familiar, whether it’s around the world or around the block.  A dual feed network that is also available in HD, Travel Channel is the world’s leading travel media brand, and is available in over 94 million U.S. cable homes.  Owned and operated by Scripps Networks Interactive (NYSE: SNI), Travel Channel has offices in Chevy Chase, MD, and New York, NY.  Scripps Networks Interactive (NYSE: SNI) also owns and operates HGTV, DIY Network, Food Network, Cooking Channel and Great American Country.