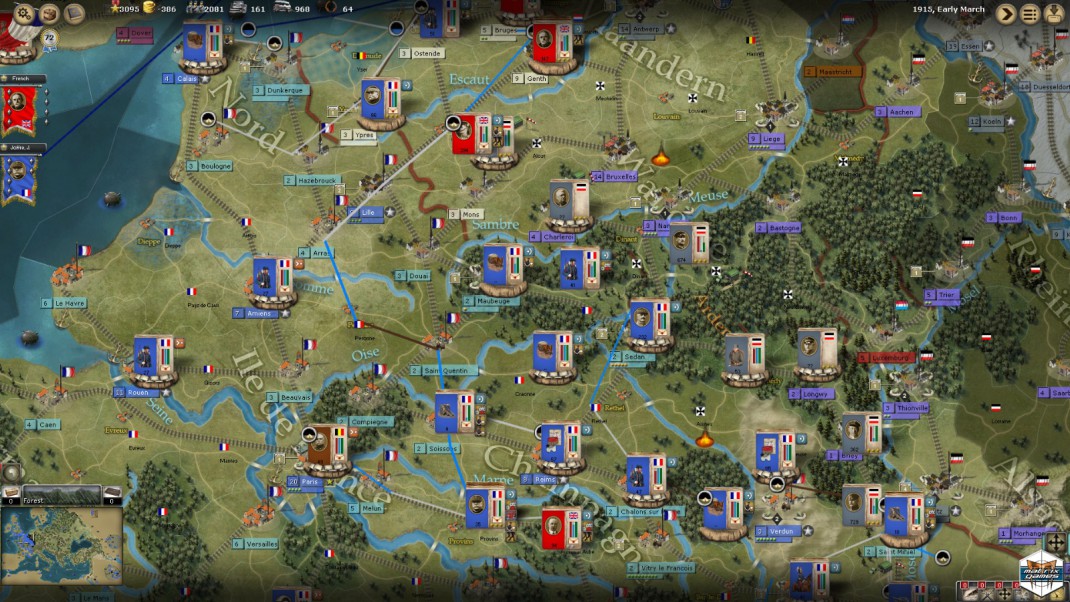 To End All Wars Release Date

Grenoble, France, July 02, 2014 — “My centre is giving way, my right is retreating, situation excellent, I am attacking.” (Ferdinand Foch – Marshal of France)

One hundred years ago the Archduke of Austria was shot dead in Sarajevo. This was the starting point of a frightful conflict that involved a number of nations never seen before in History. From America to Eastern Asia, from Northern Europe to Sub-Saharan Africa, the whole world was divided in two warring factions with Central Powers on one side, and the Entente on the other side. It was supposed to be the conflict able to solve all of the tensions between the main powers; the war that should end all wars.

In order to commemorate the centenary of the beginning of the Great War, Ageod (www.ageod.com) is developing a comprehensive simulation that will let the players experience World War I in great detail. This new strategy game is built on an enhanced version of the AGE engine which has been updated in order to cover the specificities of this war. Trenches, aerial warfare, new technologies, and an original diplomatic system have been implemented to replicate the conflict with a high level of realism. Together these features, combined with the proven Ageod formula, make To End All Wars the biggest and most engaging World War I title yet!

To End All Wars puts the players in the place of the main commanders of this period. They will be in charge of defining the military strategies and influencing the battle results, whilst controlling wisely their alliance spending on economics, research and diplomacy. The players will have a high degree of freedom in terms of decisions, and will be able to invade the world with their military alliance.

The game is currently in a late beta stage and will be available on August the 26th.

Get more information on To End All Wars from its official product page.