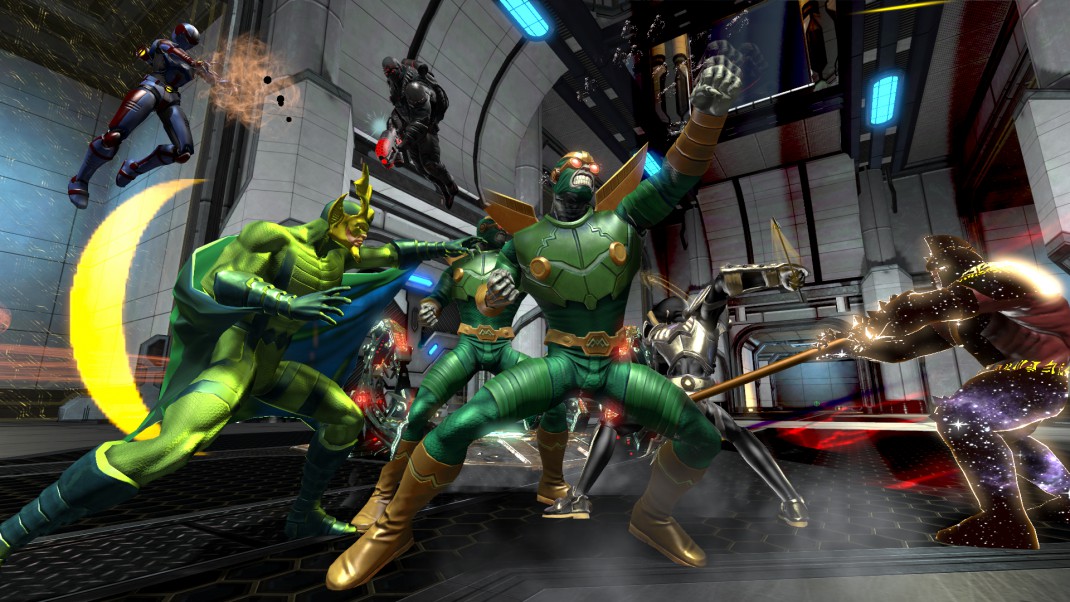 SAN DIEGO – July 2, 2014 – Sony Online Entertainment LLC today announced the next chapter in DC Universe™ Online (DCUO): Halls of Power Part I. The acclaimed massive online action game’s 11th downloadable content (DLC) pack will introduce a brand-new storyline featuring the New Gods of Apokolips and New Genesis as they search for powerful ancient relics of a bygone age. Halls of Power Part I will bring players new Raids, Alerts and Operations, and — for the first time — League Halls, which will launch prior to the DLC as a free update to all players.
The DLC pack will be available for download on the PC, PlayStation®3 and PlayStation®4 systems this summer.

Darkseid’s son, Kalibak, and the villainous Mantis have called upon the agents of Darkseid to delve beneath the surfaces of New Genesis and Apokolips to help them retrieve powerful ancient relics for a dark purpose. The heroic Mister Miracle and fierce Big Barda have assembled a force together in an effort to stop them.

“We know our players experience a tremendous sense of camaraderie when they take on adventures together, so we wanted to pack a variety of challenging group content into this DLC that we know they will enjoy. We’re also expanding the DCUO storyline, introducing players to characters from both New Genesis and Apokolips, and we think heroes and villains alike will be very pleased with how the Halls of Power trilogy evolves.” – Jens Andersen, Senior Creative Director, DC Universe Online.

DCUO’s Halls of Power Part I DLC pack will be available later this summer as a free download for Members and for purchase by non-members via the PlayStation®Network, the in-game Marketplace, or for PC players via the DCUniverseOnline.com website.

DCUO is licensed by Warner Bros. Interactive Entertainment on behalf of DC Entertainment. For more information about DCUO, visit www.DCUniverseOnline.com.