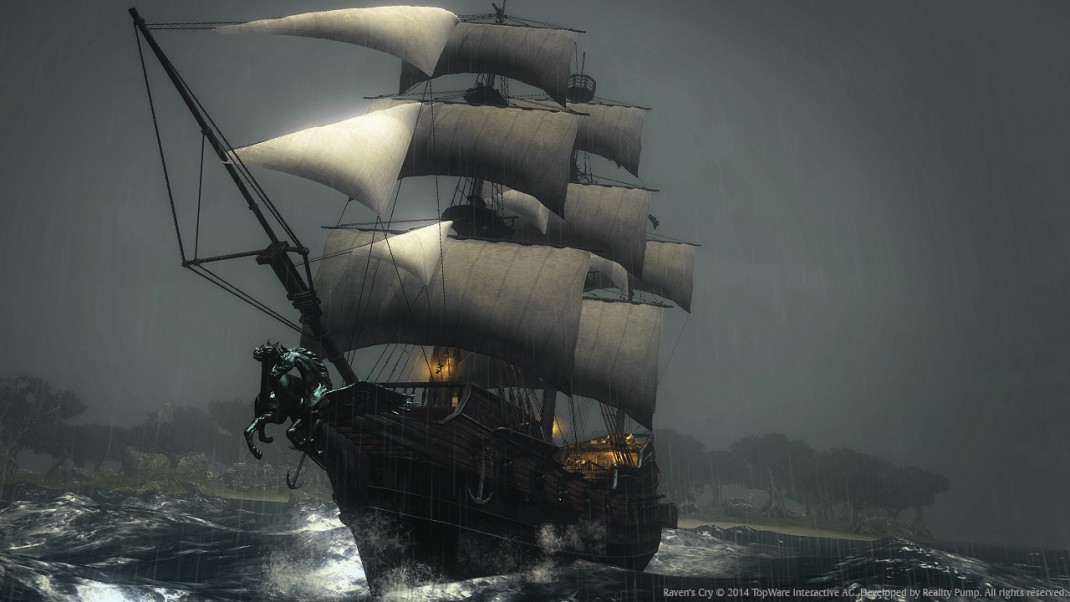 Karlsruhe, June 27, 2014 – We have some brand-new screenshots for you today from the upcoming adventure RPG Raven’s Cry, as well as a raunchy pirate drinking song.

As you might imagine, manners in a pirate tavern are about as rough as the weather on the high seas. And after a successful raid, it’s no wonder that the men love nothing more than to celebrate with reckless abandon, squandering their hard-won earnings on rum, wenches, and gambling like there’s no tomorrow. And for some, there isn’t.

Our new Raven’s Cry karaoke video features these depraved sots singing their very own version of “Drunken Sailor”, known in those quarters as “Hangin’ Willie” (and for adult piratesonly!)

Along with last year’s “Sail with the Devil” video, the Raven’s Cry bonus will feature several more songs to sing along with – or whatever passes for singing.

Now you can celebrate too, because on October 14, 2014, Christopher Raven and his crew will be hoisting the black flag and arriving in ports the world over. Woe to those who stand in the way of Raven and his crew by not sharing this video! Oh, woe to them, Willie. 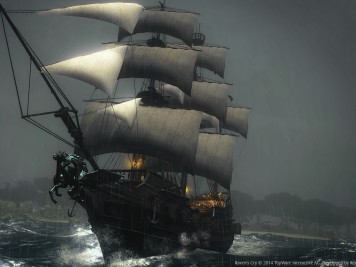 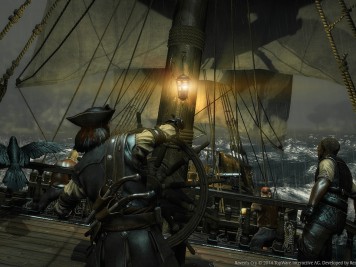 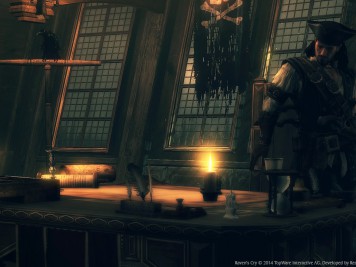 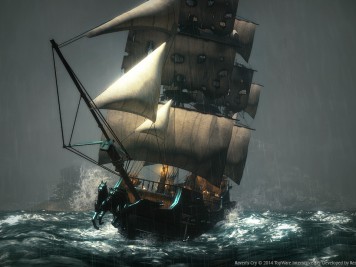