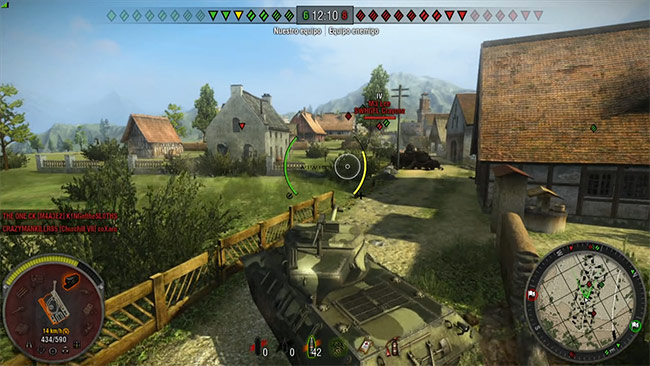 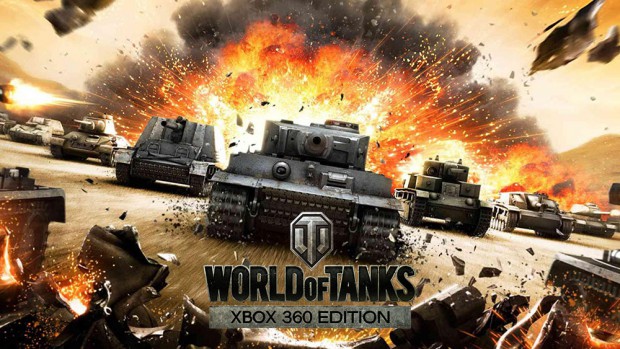 As a gamer, I often worry when I hear a game developer is porting a game from one platform to another. Quite often, ported games falls short in some way – maybe in the translation of controls or just the experience in general. So, when I heard that Wargaming.net was coming out with World of Tanks on the Xbox 360, I got worried. I have been in love with World of Tanks on the PC and the recent release of World of Warplanes has kept me very content. So far, Wargaming,net’s titles have been strictly PC affairs, which helped me legitimize my need for my gaming PC.  So how well can they port such a beautiful game as World of Tanks to the last gen Cboc 360? As it turns out, pretty darn well!

Description:
World of Tanks: Xbox 360 Edition is the premier free-to-play team-based action game dedicated to armored combat on game consoles. Since its PC debut in 2010, World of Tanks has been the go-to game for epic battles featuring historically accurate armored vehicles from all over the globe, and now that excitement comes to Xbox 360. Come experience what it’s like to drive a multi-ton cannon-equipped behemoth into combat today — for free! 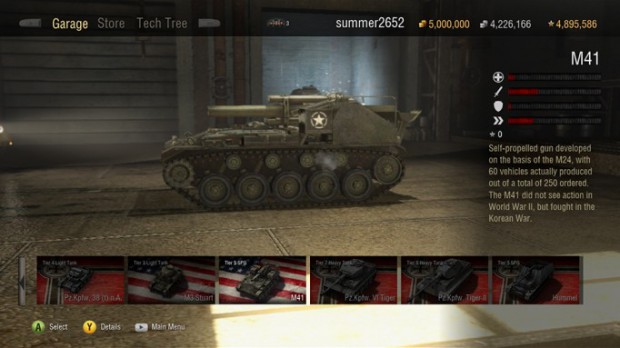 Hands On:
Those who play World of Tanks on the PC will immediately notice that some slimming down of available units and maps has been down and even the garage is simplified. The thing PC players need to remember when they go to the console version is that Wargaming.net is always keeping their games in development, there is never a final version. Just as virtual crew members were added to World of Tanks on the PC, they have already announced they will be added to the 360. Upgrades on the 360 come in packages which I personally like better that show what parts are improved with each one. So a tank might only have two or three upgrades compared to around a dozen on the PC but the upgrades will affect multiple parts. On the PC, an upgrade might just be to the barrel of the gun whereas on the Xbox 360 one might effect speed, gun, and armor. This simplification makes sense since console gaming is designed to pickup and play and PC gaming gets much more into details.

That is most of the differences between the two version of World of Tanks. If you don’t play the PC game, it might not matter to you but is definitely an important forewarning for the PC gamer planning on trying out the console version. It is important to note every difference makes sense between the two, both in streamlining and in evolution. World of Tanks on the PC is not the game it started as and in a couple of years the 360 edition will have evolved into something else as well. This is a game we will definitely need to revisit over time.

World of Tanks Xbox 360 Edition starts you out with a training course, which is nice – though I found the controls to be fairly intuitive. One stick lets you move around and the other to look around. Right button is your trigger and left allows you the telescopic or aerial view depending on your tank. The tank types are rated as light, medium, heavy, tank destroyer, and artillery and each has its own strengths and weaknesses. These can be tweaked around by using part upgrades, additional equipment and consumable items. They start you out with a couple of tier 1 light and medium vehicles and you work your way up, purchasing in-game upgrades with in-game earned money and with real life purchased funds. It is completely possible to keep this game free-to-play, premium purchased tanks are available as is premium ammo and extra garage space, but battles can be won without them https://coc-geek.com – clash of clans hack tool . Custom aesthetics such as camouflage and emblems are also available for real money purchase but are definitely vanity items and don’t effect gameplay (except maybe a burst of morale). If you get impatient with the speed of leveling you can also get a premium time account that gives extra experience and in game currency for each battle. Purchased tanks are fully upgraded right away but don’t assume that will automatically make them killers on the battlefield, the machines are only as good as their owner.  Also, upgrades often match player’s styles so an upgraded tier 3 may be a decent threat to a purchased tier 4. 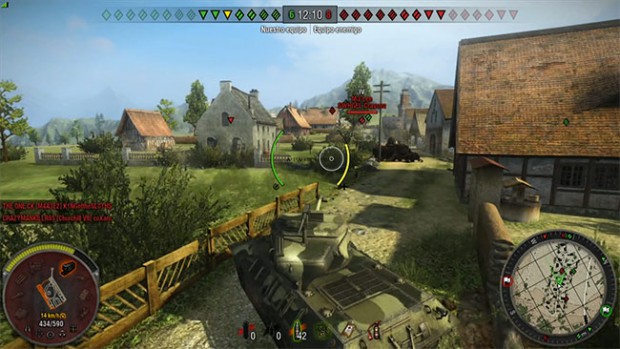 As you battle, try out different tanks and if you find there is a certain type you like that fits your play style work you way up the tiers collecting those type of tanks in your garage. If you are a sniper, a tank destroyer would definitely be a way to go. If you are the air strike kind of person then artillery is your baby – though, like the tank destroyer, you do better the safer from the front line you are. Charge ahead kind of folks love the light tank that can fly across the map but watch out for the mediums and the heavies, they may be slower but one or two hits and you might be history. One of the reasons World of Tanks translates so well to the console is that the tanks classes are similar to first person shooter classes and it doesn’t take long for players to find their fit.  Another reason is though the graphics on the PC are nice they are generally not to intensely detailed so that larger battles can take place which is a console mantra all the way.

Conclusion:
World of Tanks Xbox 360 will continue to evolve over time, probably the remaining life of the platform. Wargaming made sure it was a fun play with as few bugs as possible before launching, giving players a great play from the start. It is a little more simplified when compared to the PC version, but works very well on the Xbox 360 and is a blast to play. Wargaming has a real winner on their hands with World of Tanks Xbox 360 Edition!