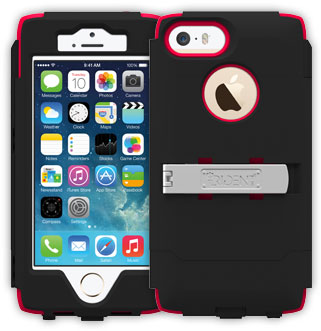 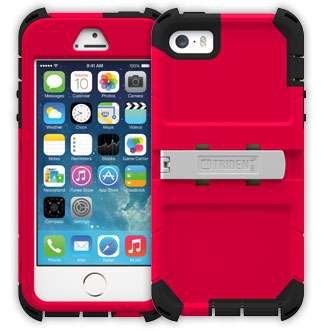 I have tried many phone cases of the last year and there are a few favorites that I rotate between depending on what my usage plans are. If it is a situation where I will want heavy duty protection I always go to the one which I risked my phone the most to test: The Trident Kraken A.M.S. case.

Hands On:
First thing that needs to be noted is that because I am using the iPhone 4s I am using the older model Trident Kraken which has been greatly updated for 2014 for new model smartphones. Here’s the difference:

New Kraken
The new Kraken A.M.S. is now 20% slimmer, featuring over-molded shock-absorbing TPE and hardened polycarbonate in the interior and exterior of the case. Perseus A.M.S. not required.

So if you are working with an older phone like mine you may have to go with the Perseus/Kraken combo which I personally like for a couple reasons.  When taking a heavy impact I found that the rigid Kraken case would often pop apart as if redirected the impact of the shock protecting the phone.  The Perseus case would stay on no matter what keeping the phone nice and clean.  The other reason I liked the combo was it gave you three choices on how to use the cases, just the Perseus, the Perseus with the front plate of the Kraken, or all three pieces.  Admittedly since this was the case I used when I wanted crazy heavy duty protection I usually used all three which was probably the reason for doing away with the combination as well as enabling them to slim down the case so much which can be considered bulky on older models. 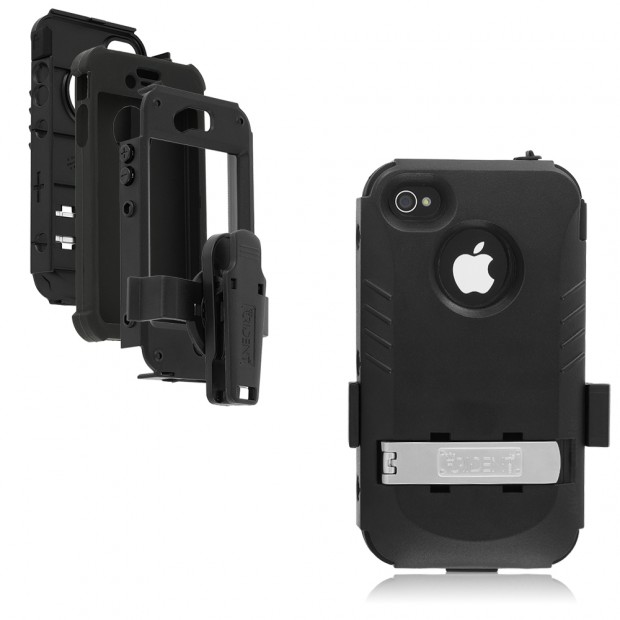 Regardless of which model you get, you can count on profound protection to rival any other high end phone case on the market.  I compared it with one of the most popular cases and found that the Kraken with the rubberized interior and corners was easier to remove from your pocket than others that have their rubber portion on the outside.  The corners of the rubber still stick out from within to provide corner shock protection but the hard shell is able to pop apart pulling the kinetic energy of impacts away from the phone.  The Kraken corrects a basic issue with iPhones which is redirect the speakers at the bottom towards the front.  These redirection ports also decrease the size of the ports to better protect the phone from water and dust damage at that location, an area not protected or redirected by most phone covers.  Probably my personal favorite feature is it has a built-in front screen protector that has the best touch sensitivity of any I have seen on the market.  I suppose that after time and impacts this screen could be damaged enough to lose effectiveness but I haven’t had that problem in the year I have used this model.

I could get into the science of why this case works so well but that would get boring.  Instead if you look up “Trident Case test” on YouTube you will find all kinds of crazy tests the cases have been put through.  My personal favorite was backing over it with a Mustang while the phone’s camera is on so you see the wheel come crashing down on it.  The case took some damage but the phone was in perfect shape.  The tests were so convincing that I decided to test the case on my own and purposely dropped my phone and send it skidding across a gravel parking lot.  My friends all gasped and went diving for the phone and were stunned that not only was the phone fine but their wasn’t a single scratch on the case. 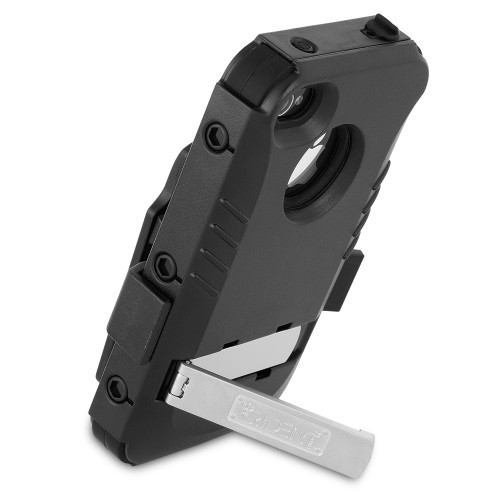 If all of this wasn’t enough the phone also comes with a hip clip and a metal kickstand.  The newer model of Kraken cases improved some major issues in the older clip which I treat with far more care than the phone case but it is still functional as long as you are careful not to hit it on things (I just keep my phone in my pocket, my keys can’t scratch it).  The metal kickstand is probably the best kickstand for a phone on the market and you can remove it to use brackets, clips or even a tripod mount in the clip’s place making the phone mountable just about anywhere.

Last Call:
I recently got a new older model of the Trident Kraken A.M.S. case but not because of product issues, it was simply so that I had more color options.  My last one was a fairly bright blue which looks nice and like a lot of protective cases on the market but my new one is a nice simple black which if anyone has seen me dress in person knows is the color I tend more towards.  When I get a new phone I plan to get the newest Trident Kraken case and review it for you folks and no doubt put it to good use.  My old phone will be handed down through the family and you can bet that the Kraken A.M.S. case will be handed down with it which should be testimonial enough.