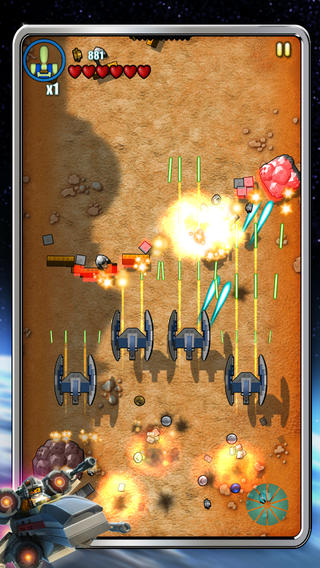 Those old enough to remember Galaga will know that its gameplay has been copied by an incalculable number of games in the time since its release. You have a ship that moves around the screen and the enemies scroll down toward you. Since the days of that game, most often the background terrain scrolls too and can be shot at but the concept remains the same, a downward scrolling ship shooter. There’s nothing wrong with reusing the formula, quite the opposite it makes for a nice quick jump in and play style and lends itself perfectly to the iOS platform in particular. Now, add LEGO Star Wars as the theme and you have an instant hit, especially for $.99!

Description:
Get ready to step into the LEGO Star Wars: Microfighters’ digital universe for fun, blasting action! Playing with your Microfighters toys just became more fun as you can wield them on the go with your mobile device. Pilot up to six iconic LEGO Star Wars ships like TIE fighters and X-wings as you destroy enemies, collect studs, and control the galaxy! 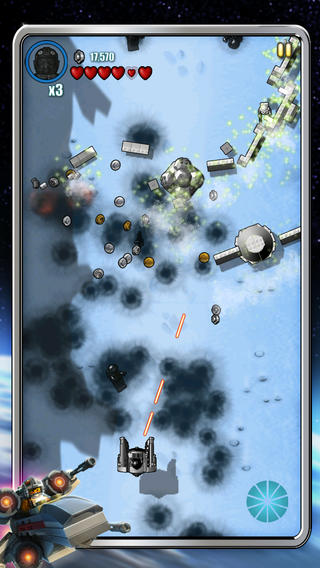 Hands On:
The designers didn’t try to over-complicate the play process, they actually simplified it from many other games of its kind. You move the ship around the screen with your finger and it automatically shoots. Tap the screen twice to use any purchased power-ups, that’s it.  You live or blow up into little Lego pieces based entirely on your eye-hand coordination.

Don’t let that fool you into thinking that the game is then too easy or somehow boring. This is probably my favorite downward scrolling ship arcade game that I have ever played, and I have played a lot – including one called 1942 that was super difficult to get through. What it really comes down to is theming and art design. The gameplay is pick up and play, the style has been around for decades, but hearing the Star Wars music, flying the ships and blowing up enemies which become a cloud of LEGO pieces is just insanely fun. This game should never be played without the sound, it would be like watching a Star Wars movie without hearing the score. You get to play both sides as well so you get to fly iconic ships and you go through iconic worlds blowing up rocks and asteroids as well as enemy ships and barricades. The levels are challenging and there are bonus items to unlock which keep you working at it. 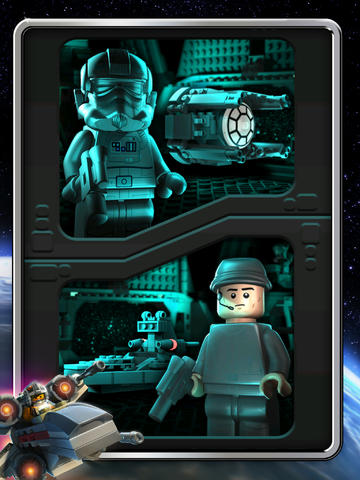 Last Call:
This game is not a new concept but when put in this theming LEGO Star Wars Microfighters is a hard game to put down and a blast to play. It is all about hectic battles with iconic ships to an amazing musical score. The game is a great deal at $.99!